Map shows most educated cities in US

(KGTV) - The city in California considered the “most educated” in the state is a Bay Area town located near the heart of Silicon Valley.

A map created by Business Insider shows cities with a population of at least 1,000 in each state with the highest percentage of adults 25 years of age and older with at least a bachelor’s degree. 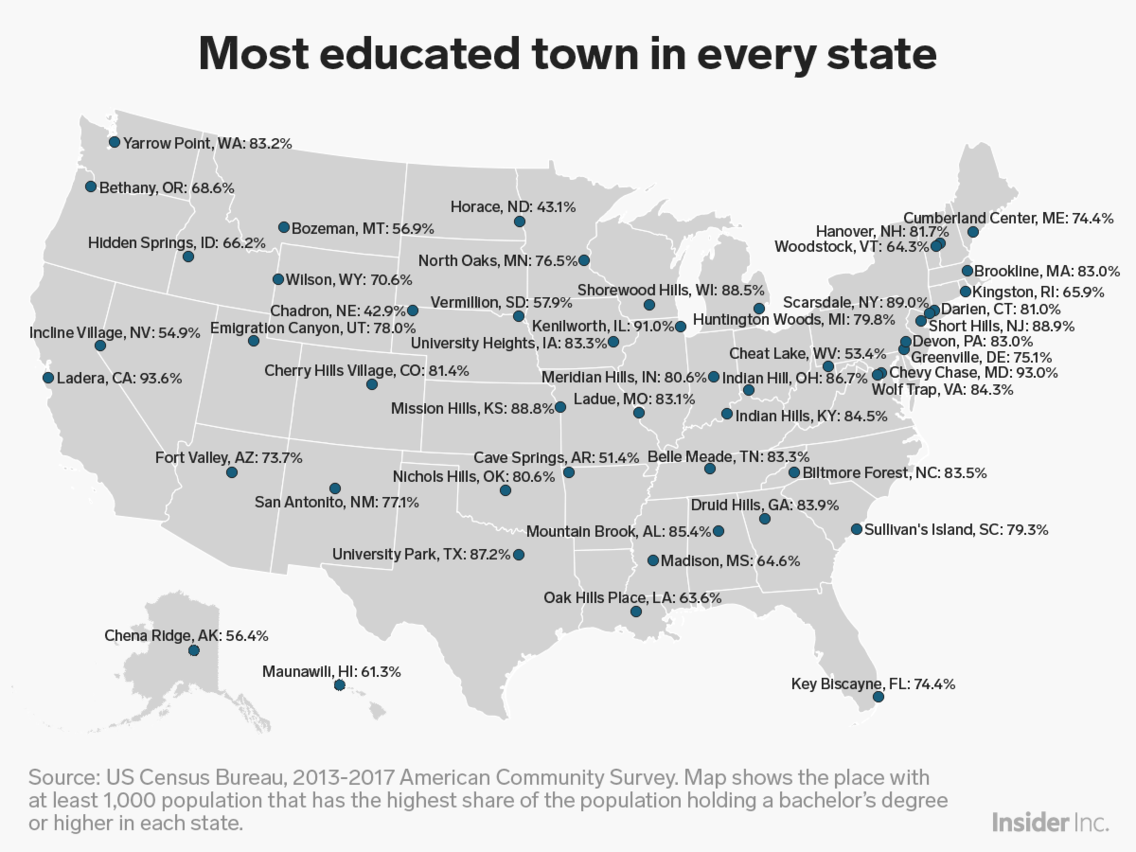 Business Insider noted that cities or towns with college and university campuses were excluded from the map, “instead focusing on incorporated towns and cities and unincorporated census-designated areas.”