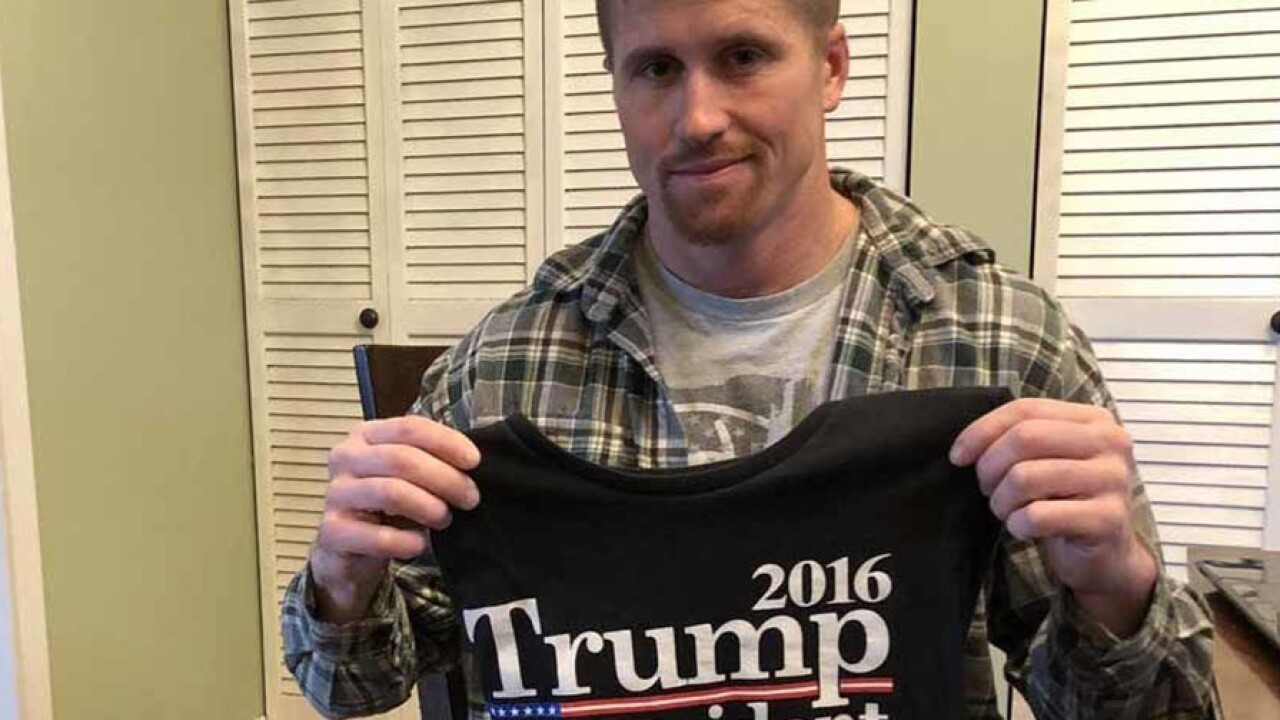 KMOV/KMOV
**Embargo: St. Louis, Mo.** Staff Sgt. Jake Talbot says he was asked not to wear a shirt supporting President Trump at a gym that he attends in Troy, Mo.

TROY, Mo. (KMOV) -- A man says he was asked not to wear a shirt supporting President Trump at a gym that he attends in Troy, Missouri.

Staff Sgt. Jake Talbot says he has worn the shirt to CDY Fitness in Troy many times before but on Sunday, he says the owner asked him not to wear the shirt again, saying the shirt was offensive to her and others.

“I was just puzzled there for a second. She said that it was racist and represents racism and that’s when I when I was like ‘oh, you’re done," said Talbot.

Talbot says he finished his workout before posting his frustrations to Facebook.

“The owner Liz came up to me and said that Trump shirt I had on was offensive and said I needed to remove it in order to work out there, and that it is linked to racism. I hate the word, its used way too loosely. It’s 2019, get the hell over it, it’s not racism,” Talbot said.

The gym’s owner declined an interview with News 4 but says the shirt made several members uncomfortable. On Sunday she went online and posted that the gym “shouldn’t be a political forum for anyone.”

Attorney Lynette Petruska says the gym’s owner was well within her legal bounds to ask Talbot to take the shirt off.

Talbot says he believe the situation could have been handled differently.

“It’s just the racist part she brought up that I just do not like,” said Talbot.

Talbot says another nearby gym offered him a year membership for free.

The owner later released the following statement on the gym’s Facebook page:

"I am deeply saddened by the amount of hate this event has garnered. I will personally and publicly continue to defend my stance for tolerance and against hate no matter the financial consequence… Allow me to clarify. I don't believe our gym should be a political forum for anyone. I want everyone to feel safe and comfortable there. We are all trying to improve ourselves and work hard to change."