Man in Australia fights off one of the world's deadliest snakes while driving on highway, police say 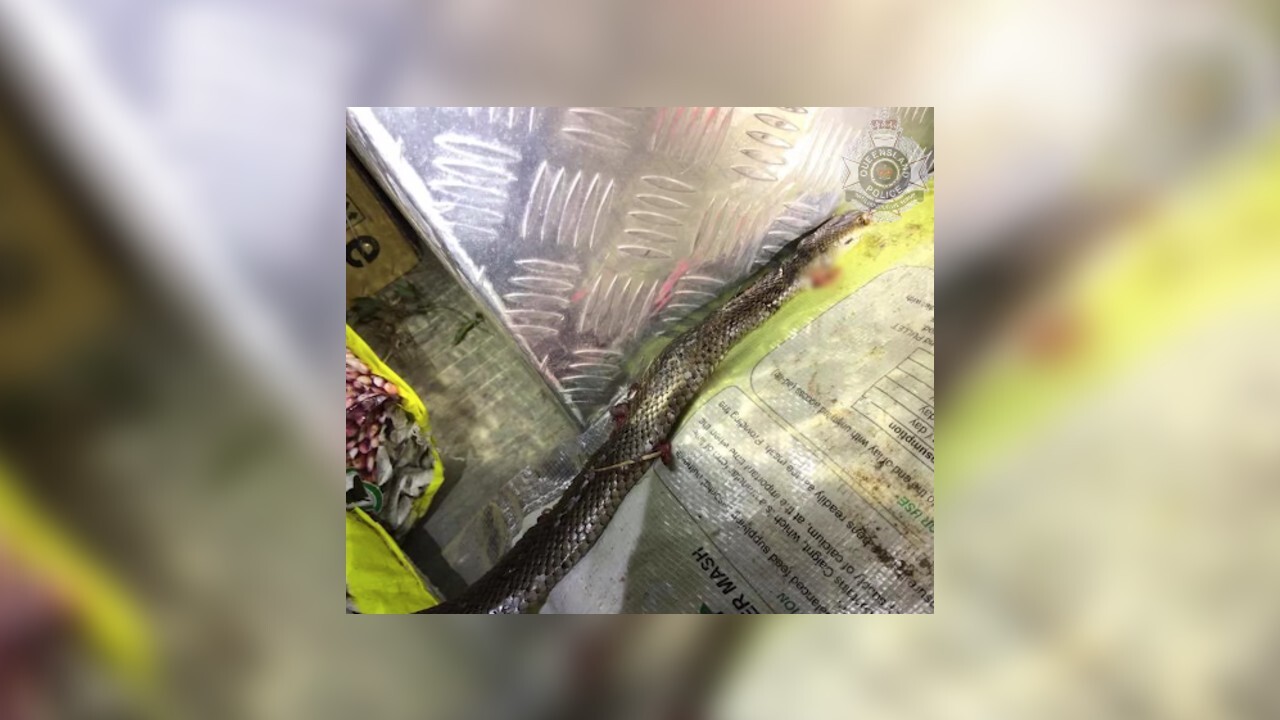 Police say a man in Australia fought off a deadly snake that was in his vehicle while he drove on a highway.

In a press release, police in Queensland, Australia said a 27-year-old Gladstone man identified as "Jimmy" was driving down Dawson Highway back in June at 100 kilometers (62 miles) per hour when he noticed a highly venomous eastern brown snake, which is one of the world's deadliest snakes, near his legs.

The incident happened near the town of Calliope.

“I’m driving along at 100, and I just started to brake,” Jimmy said in the news release. “…And the more I moved my legs… it just started to wrap around me. Its head just started striking at the (driver’s seat) chair, between my legs.”

Jimmy said in the news release that he fought the snake off with his seatbelt and a knife while attempting to stop his car.

Police were able to capture the moment on body cameras, which they posted to their Facebook page.

Although he was able to kill the snake, Jimmy feared he had been bitten so he sped off to the hospital.

On his way to the hospital, an officer saw Jimmy traveling at 123 kilometers (76 miles) per hour and pulled him over.

"Although the traffic officer had heard his fair share of excuses for speeding, he soon realized this was not just another colorful tale and promptly sought medical assistance," officials said in the press release.

Paramedics determined that Jimmy had not been bitten, but was in shock, officials said.

“It was pretty terrifying, I’ve never been so happy to see red and blue lights,” Jimmy said in the release.