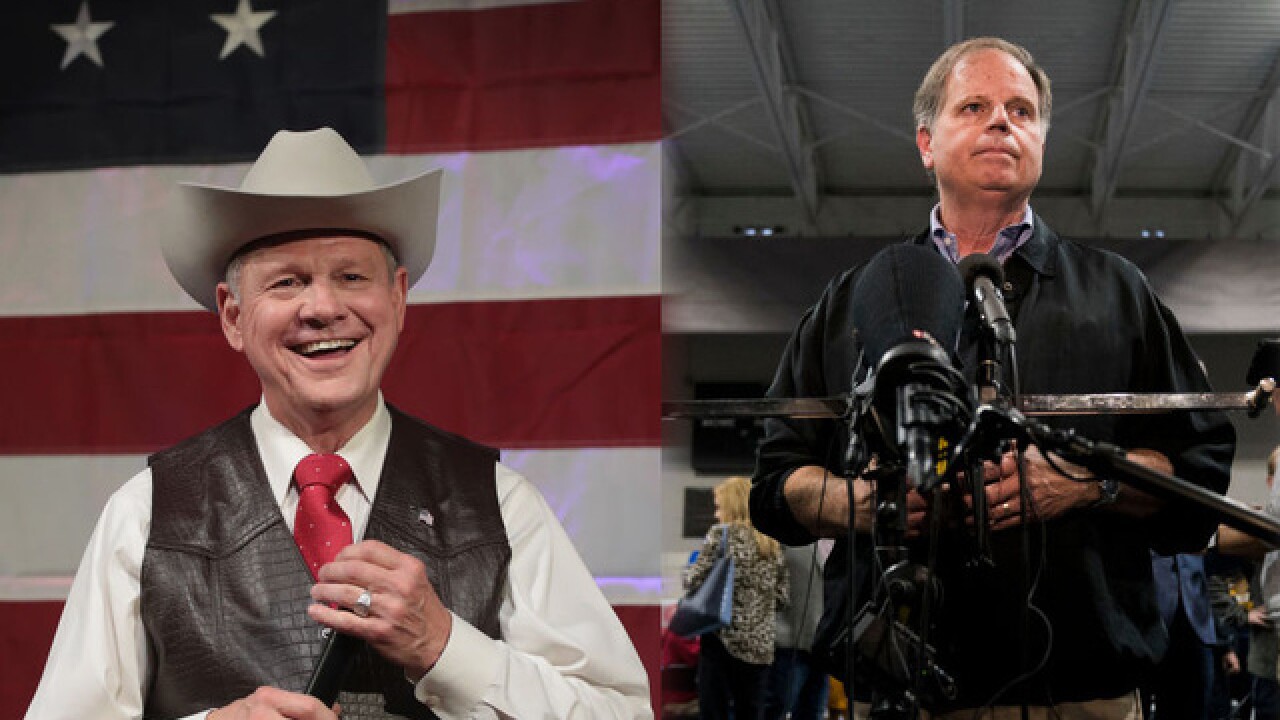 For the first time in more than two decades, a Democrat has won a US Senate seat in Alabama. Doug Jones is projected to narrowly defeat Roy Moore in Tuesday's election after Moore's campaign was rocked by allegations of sexual misconduct in the 80s.

Polls closed at 7 p.m. CT tonight in one of the most watched US Senate races in a long time.

Jones will fill the seat vacated by current Attorney General Jeff Sessions. Jones will serve the final three years of a six-year term.

"I have always believed that the people of Alabama have more in common than what divides us," Jones said. "We have shown, not just around the state of Alabama, but that around the country, that we can be unified."

Republicans will still maintain the US Senate  but Jones' victory would mean the GOP only have a 51-49 margin in the Senate. With several Republican Senators, such as Susan Collins and Lisa Murkowski, often breaking party ranks, a changeover could be critical for Republicans hoping to push through their agenda before the 2018 midterms.

Alabama is also considered one of the safest Republican states in the nation. In 2016, President Donald Trump defeated Hillary Clinton by a 62-34 margin.

As the unofficial vote tally concludes on Tuesday, Jones held a 20,000 vote, or 1.5 percent lead over Moore. Despite Jones' margin of victory, Moore's campaign said that it has conceded the election.

While Jones' victory was rejoiced by Democrats, some Republicans spoke out in approval of Tuesday's results. Among them, Ohio Governor John Kasich, and National Republican Senate Committee chair Cory Gardner, a Republican Senator from Colorado.

“Tonight’s results are clear – the people of AL deemed Roy Moore unfit to serve in the U.S. Senate," Gardner said. "I hope Senator-elect Doug Jones will do the right thing and truly represent Alabama by choosing to vote with the Senate Republican Majority.”

"Thankfully, today enough Republicans chose country over party," Kasich tweeted. "Tomorrow we must redouble our efforts to support candidates worthy of the office they seek."

Trump tried to give Moore a last-minute boost by recording robocalls, and endorsing Moore. Despite Trump's popularity, he was unable to save Moore's campaign.

"Congratulations to Doug Jones on a hard fought victory," Trump tweeted. "The write-in votes played a very big factor, but a win is a win. The people of Alabama are great, and the Republicans will have another shot at this seat in a very short period of time. It never ends!"

Two polls came out the day before the election. A Fox News Poll had the Democrat Jones winning by 10 points. But also on Monday, an Emerson poll showed Moore winning by nine points.