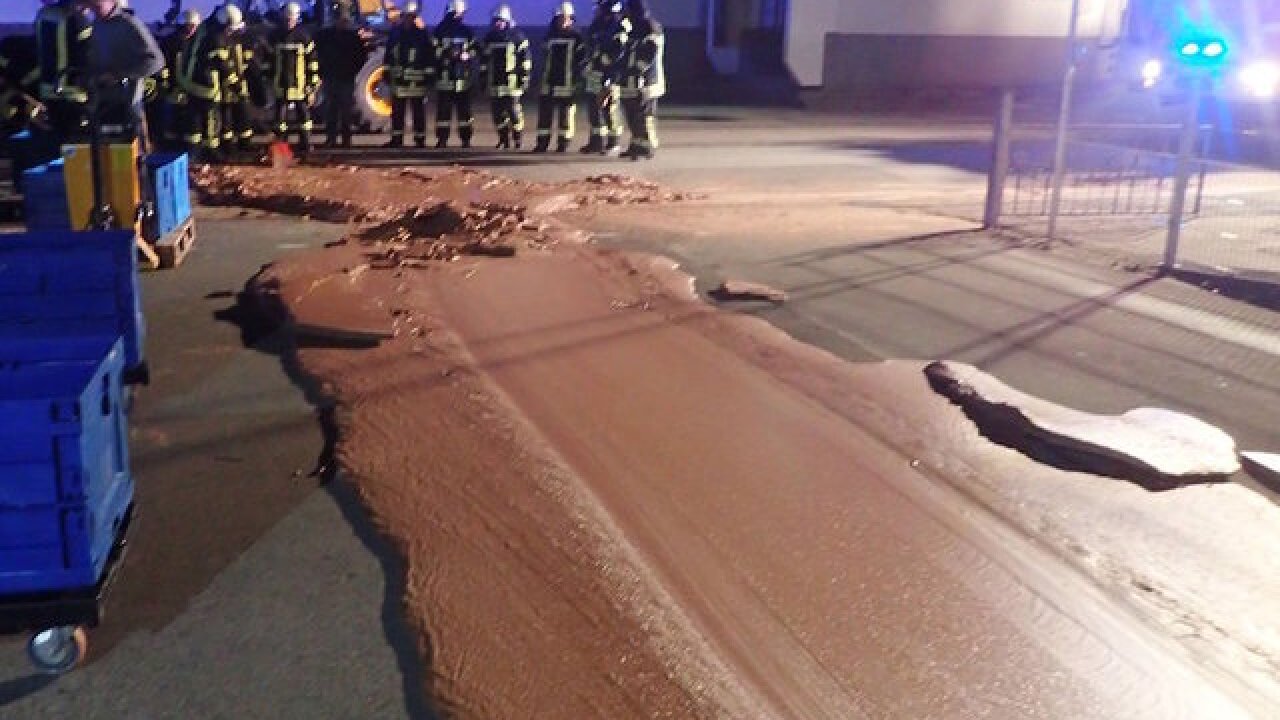 © 2018 Cable News Network, Inc.
Feuewehr Werl/Getty Images
<p>**This image is for use with this specific article only** Firefighters said a storage tank overflowed at a chocolate factory in Westönnen, before running out of the gates and solidifying on the chilly sidewalk.</p>

In a scene that could be straight out of a children's book, around a ton of liquid chocolate flowed out of a factory and caked a street in a west German town on Monday.

Firefighters said a storage tank overflowed at DreiMeister's chocolate factory in Westönnen, a suburb of the town of Werl, running out of the gates and solidifying on the chilly sidewalk.

"About a ton of chocolate ran out into the yard and from there onto the street, " a spokesman for the Werl fire brigade said in a statement. "A ten-square-meter choco-pancake formed," the statement added.

Firefighters then worked to remove the chocolate, prying the "sweet danger with shovels and muscle power," the brigade wrote.

DreiMeister's boss Markus Luckey told German newspaper Soester Anzeiger that if the spill happened closer to Christmas it "would have been a disaster."

Luckey added that the factory would be back in action on Wednesday.

According to the paper, around 25 firefighters were on scene to help with the clean-up.

A specialist company was brought in to assist after the incident and the brigade assured locals that a chocolate-free Christmas would not be "imminent in Werl."