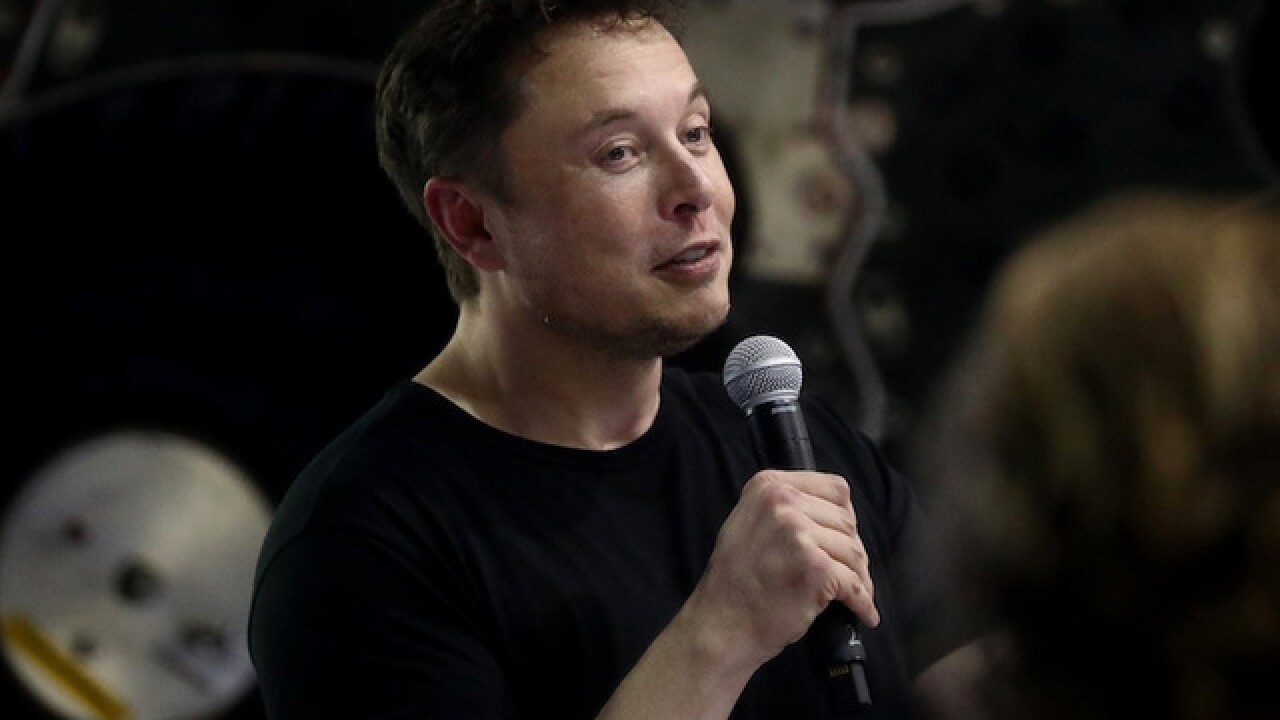 Image copyright 2018 Getty Images. All rights reserved. This material may not be published, broadcast, rewritten, or redistributed.
Mario Tama
<p>SpaceX CEO Elon Musk speaks at a press conference where he announced the Japanese billionaire chosen by the company to fly around the moon, on September 17, 2018 in Hawthorne, California. If the project is successful Yusaka Maezawa would become the first private citizen to fly around the moon.</p>

The Justice Department is investigating whether comments made by Tesla CEO Elon Musk last month about taking his company private were illegal, the upstart automaker confirmed Tuesday.

"Last month, following Elon's announcement that he was considering taking the company private, Tesla received a voluntary request for documents from the DOJ and has been cooperative in responding to it," said a Tesla spokesman. "We have not received a subpoena, a request for testimony, or any other formal process. We respect the DOJ's desire to get information about this and believe that the matter should be quickly resolved as they review the information they have received."

Shares of Tesla fell as much as 6% after the criminal probe was first reported midday Tuesday by Bloomberg .

CNN has reached out for comment to the US attorney's office in San Francisco, which Bloomberg reported was leading the probe.

Musk tweeted on August 7, in the middle of the trading day, that he was thinking about taking Tesla private at a price of $420 per share, and that he had "funding secured" for such a deal.

The stock shot up nearly 9% after the announcement but has declined substantially since then. Shares Tuesday were down more than 25% from that post-Tweet high.

Musk abandoned the plan less than three weeks later. He later said it was based on talks with Saudi Arabia's sovereign wealth fund .

Shareholders have filed lawsuits charging that Musk made the claim to manipulate the stock price, and several news outlets reported that the Securities and Exchange Commission is looking into the matter.