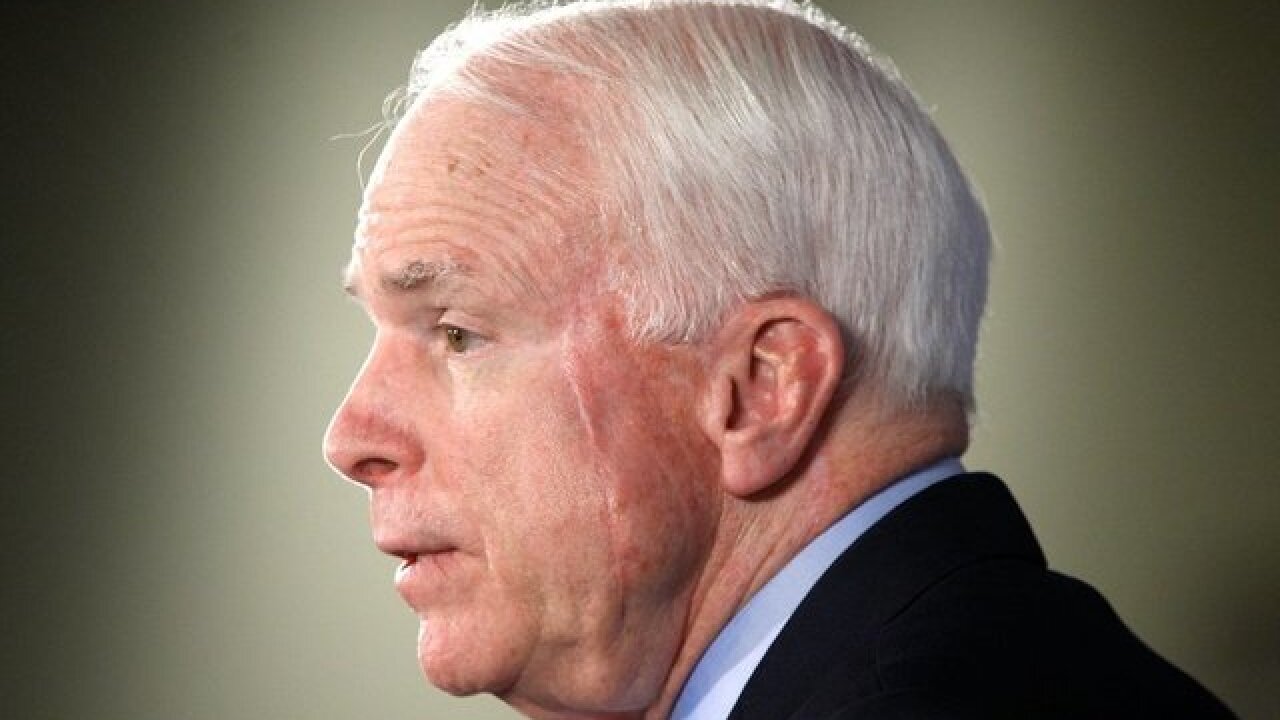 Sen. John McCain announced Friday in a statement that he cannot "in good conscience" vote for the GOP's latest plan to overhaul Obamacare, likely ending Republicans' latest effort to repeal and replace the Affordable Care Act.

"I cannot in good conscience vote for the Graham-Cassidy proposal," the Arizona Republican said in a statement. "I believe we could do better working together, Republicans and Democrats, and have not yet really tried. Nor could I support it without knowing how much it will cost, how it will effect insurance premiums, and how many people will be helped or hurt by it. Without a full CBO score, which won't be available by the end of the month, we won't have reliable answers to any of those questions."

McCain's "no" vote makes it very likely Republicans won't be able to repeal and replace Obamacare before Sept. 30, as Sen. Rand Paul, of Kentucky, said he would not back the effort and Sen. Susan Collins, of Maine, is also expected to vote no on the proposal.

Republicans need at least 50 votes to pass the measure under the process of reconciliation.