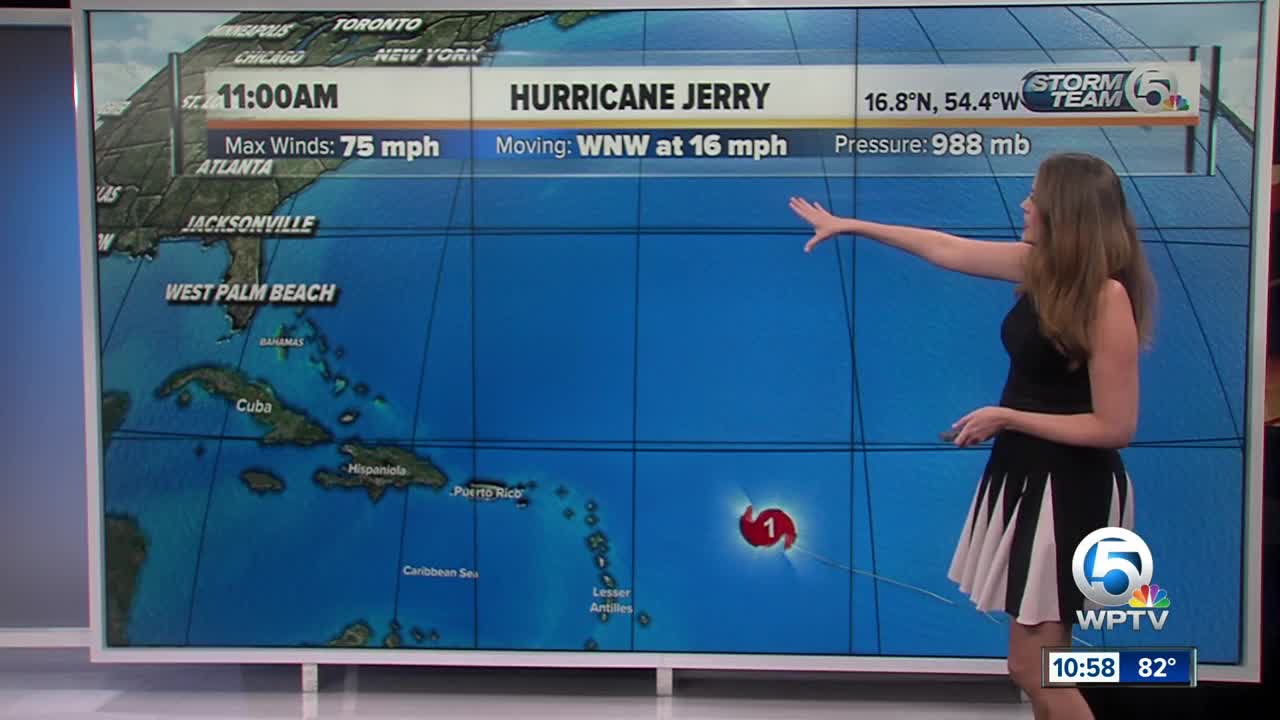 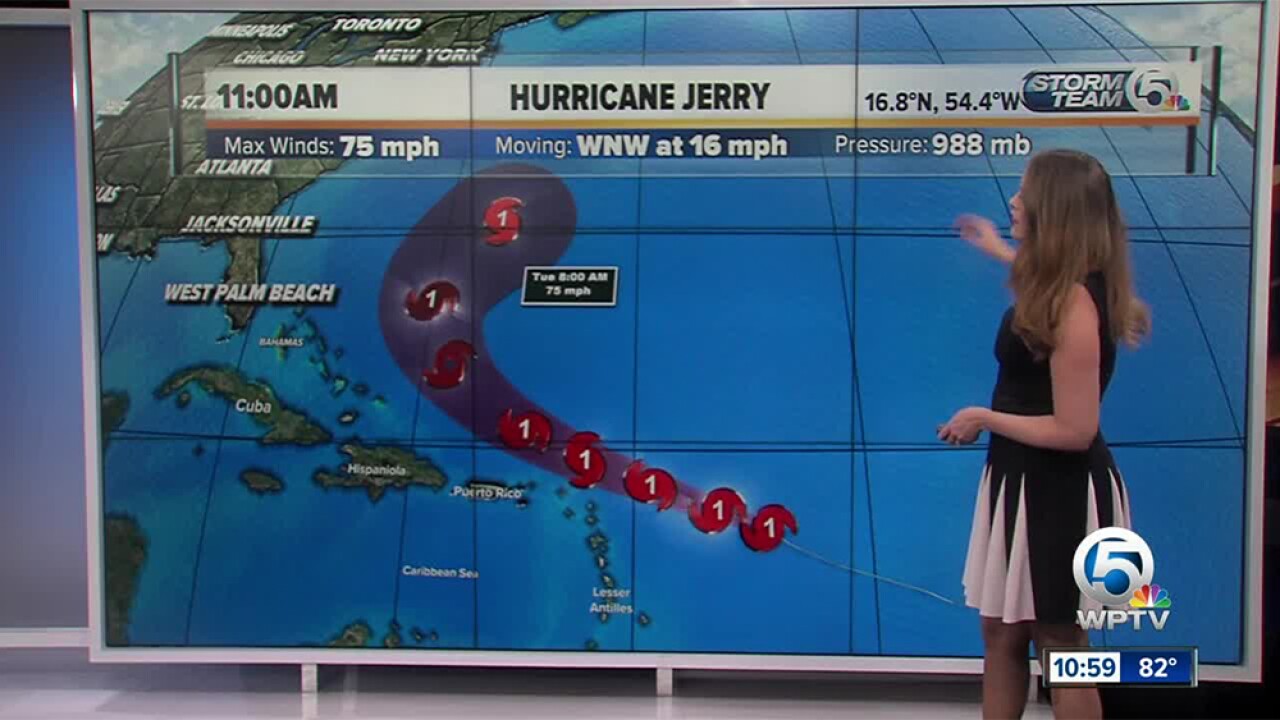 According to the 11 a.m. advisory from the National Hurricane Center, Jerry is moving toward the west-northwest near 16 mph.

A west-northwest motion at a similar forward speed is expected over the next few days.

On the forecast track, the center of Jerry will be near or north of the northern Leeward Islands on Friday, pass north of Puerto Rico on Saturday and east of the southeastern Bahamas on Sunday.

Jerry is forecast to strengthen during the next day before some weakening begins this weekend. By Sunday, Jerry is expected to turn north and away from the east coast of the U.S.

A Tropical Storm Watch is in effect for:

This story was originally published by Kahtia Hall on WPTV.