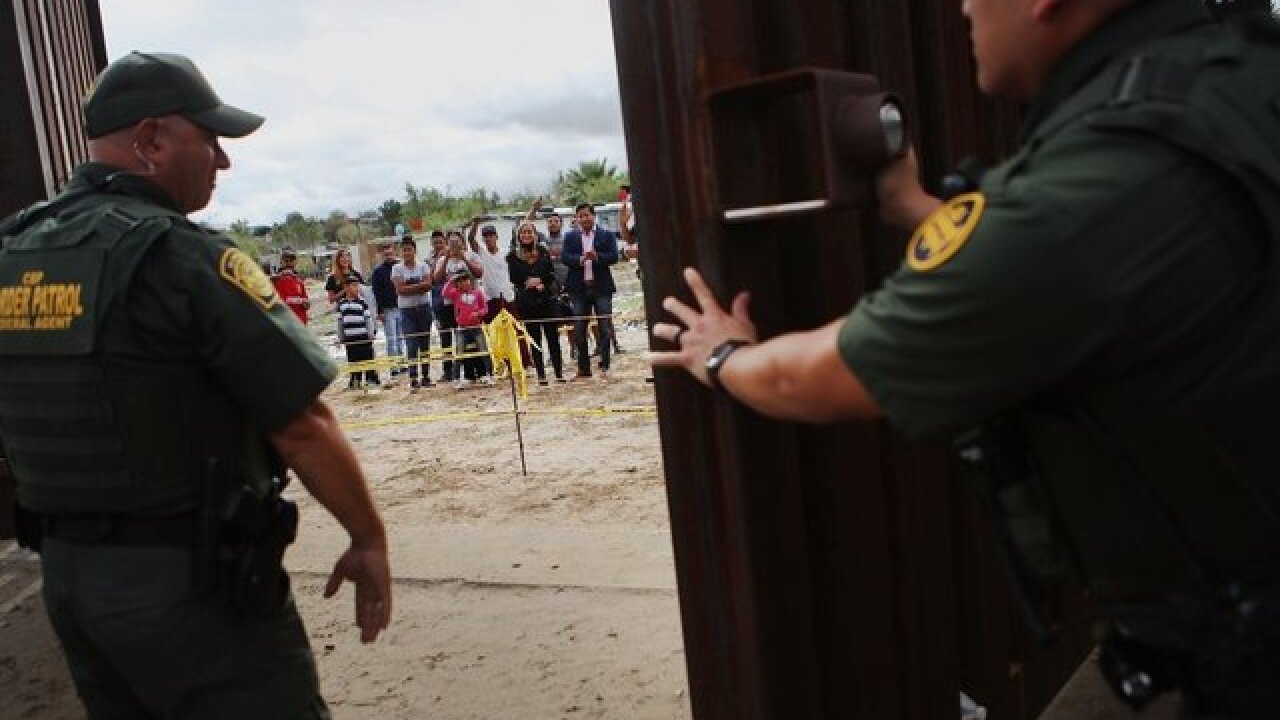 Conservative rhetoric about migrants -- like the group making their way through Mexico, the one President Donald Trump called an "invasion" -- might lead some to believe that migrants are a threat to American health, a strain on the health care system and damaging to the economy. But a new series of papers presented at a UN Intergovernmental Conference this week and published Wednesday in the journal Lancet says that, based on evidence, that's not true.

Most migrants have a mortality advantage, or greater life expectancy, than people in their host countries, according to the new research. This was true for the majority of diseases.

However, separating migrants from their families can be bad for children's health, as can keeping them in detention or continuously threatening them with deportation, the research showed.

More than 1 billion people were "on the move" around the world this year, and a quarter of them were crossing international borders, according to researchers who worked on the report.

With so many people on the move or having moved in 2018, the authors argue that "migration is the defining issue of our time," particularly as nationalist and anti-immigrant sentiment grows.

1 billion people on the move

"In too many countries, the issue of migration is used to divide societies and advance a populist agenda. With one billion people on the move today, growing populations in many regions of the world, and the rising aspirations of a new generation of young people, migration is not going away. Migrants commonly contribute more to the economy than they cost, and how we shape their health and wellbeing today will impact our societies for generations to come. There is no more pressing issue in global health," Dr. Richard Horton, editor of the Lancet, said in a statement about the report.

The authors analyzed a large number of studies to come to this conclusion. The data comes from all over the world, but most came from high-income countries, so the authors caution that the findings may or may not be true for migrants who move to middle- or low-income countries. The data also rarely mentions why the person has moved, so it's unclear whether it reflects the health of those who are seeking asylum or are undocumented.

The reports also do not get at why migrants have a mortality advantage, although earlier studies have shown that the majority of people who migrate do so for work, and logically, they'd have to be healthy enough to do that work.

Asian and Latin American migrants fare best when it comes to mortality advantage, according to the research. Those from Africa and Eastern Europe have a higher mortality than the general populations of the countries to which they move.

Though migrants had a mortality advantage with the majority of disease, there is one exception: death from infections. That might, in part, mean the host countries have much lower infectious disease death rates than the countries the migrants left.

Saying they carry disease, are more violent or will be a drain on the economy, as some commentators have claimed, is not helpful rhetoric.

Other papers in the Lancet series show that anti-migrant rhetoric is not merely wrong, it's harmful. When nationalism of this nature creates an "us vs. them," the papers said, it becomes a "moral emergency" that leads politicians to create policy that hurts migrants rather than helping them.

"Too often, government policies prioritise the politics of xenophobia and racism over their responsibilities to act forcefully to counter them. Racial and ethnic discrimination fuel the exclusion of migrant populations, not only violating the rights of individuals, but hindering social cohesion and progress of society at large," report author Bernadette Kumar of the Norwegian Institute for Public Health said in a statement. "Racism and prejudice should be confronted with a zero-tolerance approach."

The authors conclude that the political conversation about migrants needs to be reframed from one that is "dominated by poorly evidenced concerns about the risks associated with migration and health, to one that is evidence-based and overwhelmingly supports the benefits migrants provide to high income countries."

"I think it's really important for us to get evidence-based work out there, especially right now," said Terry McGovern, an author of the reports and chair of population and family health at the Columbia University Mailman School of Public Health. "Immigrants don't have more diseases. They aren't more violent than the general population. This shows these are myths.

"We hope people will begin to hear this evidence rather than the populist rhetoric that is destroying people's lives. Migrants aren't coming in and overwhelming our health care system or exploiting the system. The evidence refutes this," she said.

"When you have a government tear gassing children or separating them from their parents, you are creating new and permanent harmful health impacts rather than making it better for them," McGovern said.

Many medical associations have expressed concern about a Trump administration proposal to make it harder for legal immigrants to get green cards if they get certain kinds of public assistance, including health insurance and food stamps.

"Penalizing migrants for accessing health programs -- that is not sound policy and will lead to more cost, not to mention the human rights implications," McGovern said.

Another study in this group of reports analyzed research into the health of children when one or both parents migrates without them. This study found that children who were left behind had worse health, even if their parents sent money home for their care.

Mental disorders seemed to be the biggest challenge, the study showed. Children had a much higher risk of depression and anxiety. They struggled with drugs more, experienced eating problems, had behavioral issues and thought about suicide. Kids whose moms migrated suffered more than if their fathers left.

It wasn't all bad news. These children didn't seem to be any worse off when it came to general nutrition-related issues, abuse, unintentional injury or stomach problems.

There are no specific estimates available on how many children live in these circumstances, but the authors suggest that it may be in the hundreds of millions. Rural China, which has a disproportionate share, has 61 million children living without one or both migrant parents, the study said. For kids in rural South Africa, it's more than 40%.

Because the data in this study comes largely from studies in China, it may be hard to draw conclusions for migrant groups from other countries, said Dr. Julie Linton, co-chair of American Academy of Pediatrics Special Interest Group on Immigrant Health.

"For Latin American migrants, circumstances are very different, so I don't know how general that research may be, but what I take away from this is that family separation is detrimental to child health and well-being and that keeping families together whenever possible is best," Linton said.

The authors argue that global leaders should create programs to help the health of these children. They also suggest that migrant workers should be given time and the means to keep in contact with the families they've left behind.

Making the case for better conditions

"I'm really happy to see any study about migrants. There is so little out there," said Judith Lupo Wold, a professor of nursing at Emory University and director of Emory's Farmworker Family Health program. She said studies like these can help public health leaders make the casefor better living conditions.

The migrants for whom her program provides medical care are fairly young and healthy, she said, due to the nature of the work they do. "Otherwise, they wouldn't be here, since they are here to make money for their families back home, and picking vegetables and fruit living as some of the poorest of the poor in this country is incredibly hard work," Wold said.

Wold said she has seen an increase in diabetes among migrants, but that's mostly because they "can't afford to buy the healthy fruits and vegetables they pick."

She said migrant workers typically are at greater risk for infections due to their poor living conditions. Often, the men live in barracks and sleep in the same rooms. "So if one gets the flu, they all get it, or if there is poor food storage, salmonella could be a problem," Wold said. Improve their conditions, and you'll help their health, she said.