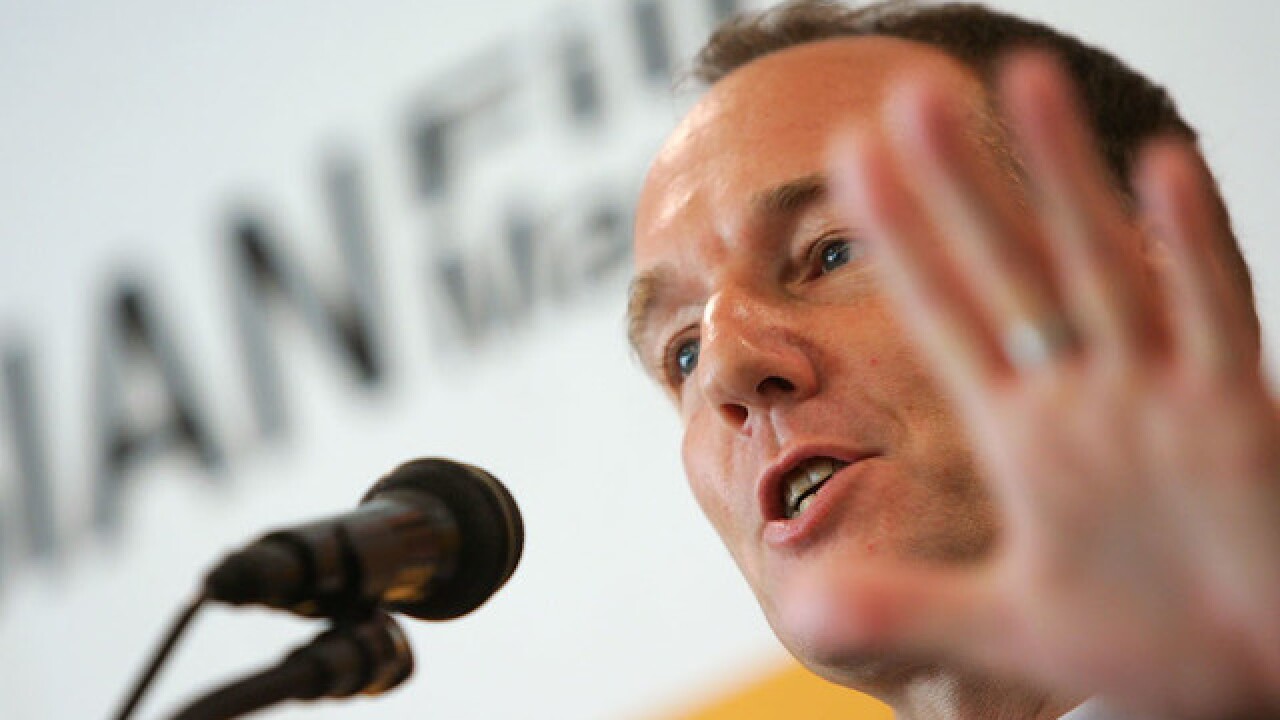 A former associate of disgraced Hollywood mogul Harvey Weinstein has been accused of sexual misconduct by multiple women in the Hong Kong film industry.

In a statement, Logan said he had "made mistakes for which I can't forgive myself."

"I have had a too carefree attitude towards physical encounters with women," he said. "I have made inappropriate comments lightheartedly or after a few drinks. I now see I was wrong and I have made mistakes for which I can't forgive myself, and must live with them."

However, while he was "remorseful of my past behavior," he added "many of the accusations now made against me are either untrue or taken out of context."

"I categorically deny any criminal wrongdoing," he said. "I have never forced myself on a woman."

According to his IMDB page, the 54-year-old Logan was born in Stamford, in the UK, and moved to Hong Kong in 1995. He worked as Asia Vice-President for the Weinstein Company before starting his own firm, B&E Productions.

A specialist in martial arts films, Logan worked as a producer and consultant on Netflix's "Crouching Tiger, Hidden Dragon: Sword of Destiny," a follow up to the Ang Lee Oscar-winner; the Weinstein Company's "Shanghai;" and Hong Kong film "Gen Y Cops," which starred Maggie Q and Paul Rudd.

In his statement, Logan said he would "now step back and take time to reflect on my behavior and the values which I should uphold."

'I am a human being'

In a video posted online by HK01, actress Sable Yu accused Logan of touching her without her consent while filming his directorial debut, the 2012 martial arts movie "Snowblade." While IMDB lists a 2012 release date, it's unclear how widely the film was distributed, if at all.

On Logan's website, the film is described as "a sexy period martial arts actioner."

"The movie required me to take (my clothes off)," Yu said in the video interview, adding she eventually agreed to be naked but on the condition no one would touch her while her clothes were off.

Yu said Logan agreed to that but after "we were finally done filming, he suddenly came over ... he grabbed (my nipple) and pinched it."

In his statement, Logan denied Yu's accusations, adding he was "entirely professional towards every performer who came in to try out for the film" following her resignation from the project.

Writing on social media, Yu said she had stepped back from acting in 2012 because of "emotional problems" she suffered as a result of harassment.

"I still can't deny the fact that I'm asking myself if I still have the courage or ability to start over," she said. "I've been fighting the monster and fears in my mind."

According to HK01, another six women have accused Logan of sexual misconduct, including forced kissing, revealing his penis, demanding naked auditions and inappropriate touching.

In a follow-up statement on Facebook, Logan said he wanted to "express my regret for the hurt and embarrassment caused to my family and friends."

Neither Logan nor Yu responded to requests for further comment.

The sudden downfall of Weinstein has sparked a deluge of complaints, both historical and contemporary, against prominent men in the media industry, including Kevin Spacey and Charlie Rose.

Weinstein has repeatedly denied "any allegations of nonconsensual sex." Both Spacey and Rose have apologized for their past behavior.

This week, Salma Hayek became the latest actress to come forward with accusations against Weinstein.

On social media, #MeToo has gone viral, with women using it to shine a light on pervasive sexual harassment and assault in multiple industries and countries.

The international campaign had limited effect in Hong Kong, however, before Olympic hurdler Vera Lui came forward to accuse a former coach of sexually assaulting her.

Selina Cheng, the HK01 reporter who broke the Logan story, said Lui's statement created a lot of awareness around #MeToo, but she was skeptical whether the movement will have as lasting an impact in the city as it has in other countries.

"Many people have more conservative views regarding sexual harassment," she said. "The feeling of shame is very, very prominent."

She said many women she spoke to who had suffered sexual harassment or assault "refused to be interviewed (as) they feel ashamed and they're extremely worried their friends and family will find out."

Petula Ho, an expert on gender and sexuality issues at the University of Hong Kong, said the recent revelations have shone a light on how difficult many people find it to speak up about sexual harassment, both as victims and witnesses.

At a forum she hosted on the issue this week, Ho said many attendees "talked a lot about the guilt of witnessing these things in very intimate circles and not doing anything because the people involved ... were close friends and family."

Cheng, the reporter, said media laws are also an issue, preventing many outlets from being as aggressive in pursuing these stories as they have been in other countries.

"The bar to sue for libel and defamation in Hong Kong is very low, which is totally the opposite from the US," Cheng said.

Ho was cautiously optimistic about the reaction, saying while there has been some backlash, "this is the first time that I've seen so many people discussing this issue."