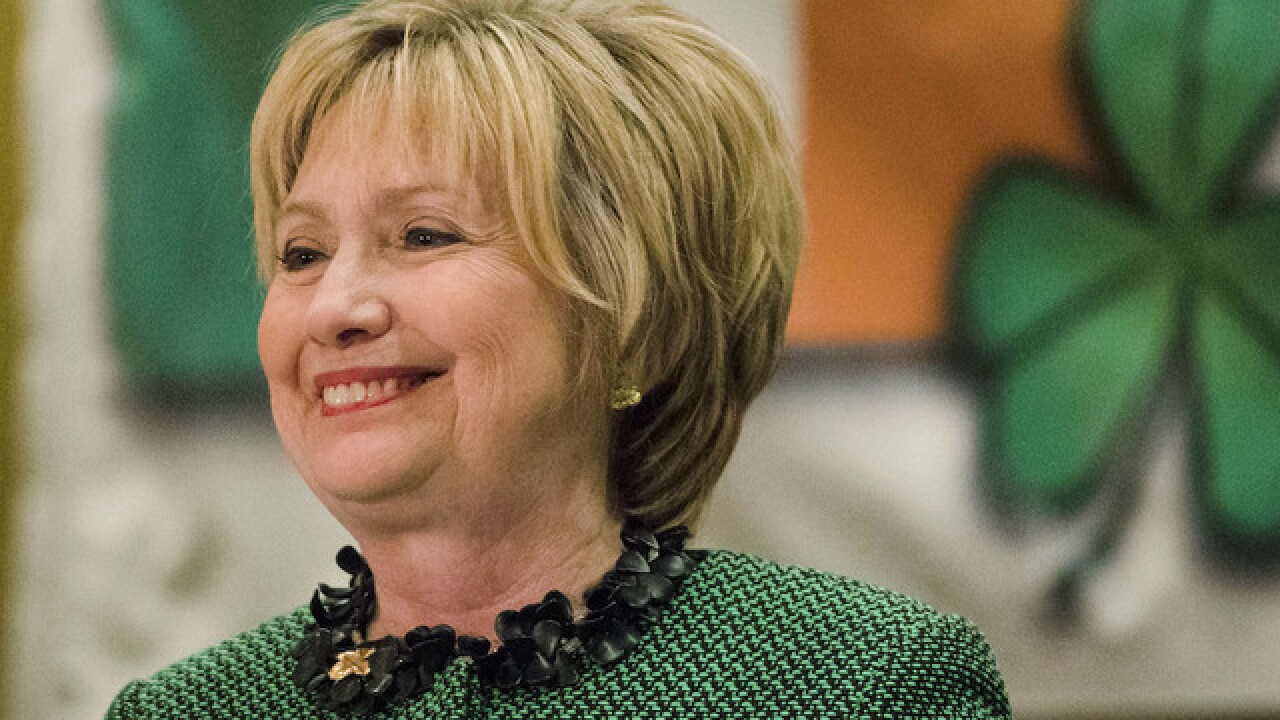 There's just one catch: She says her decisions weren't the reason that she lost to Donald Trump.

At a tech conference in California on Wednesday, the former Democratic presidential nominee was reflective, quick to crack jokes -- and eager to cast blame. The more than hour-long question-and-answer event marked the latest in a series of public appearances for Clinton in which she explicitly took on the actions of those around her and other external circumstances in explaining why she lost on Election Day.

"I take responsibility for every decision I make -- but that's not why I lost," Clinton said.

Perhaps Clinton's most fresh and savage criticism on Wednesday was directed at the Democratic National Committee. She went as far as to say that when she became her party's presidential nominee, she inherited "nothing" from the committee.

"I'm now the nominee of the Democratic Party. I inherit nothing from the Democratic Party," Clinton said. "It was bankrupt, it was on the verge of insolvency, its data was mediocre to poor, non-existent, wrong. I had to inject money into it -- the DNC -- to keep it going."

The sad state of things at the DNC, Clinton continued, was only exacerbated by numerous efforts to influence the outcome of the presidential election. As she has now said many times, the ex-secretary of state again alleged that former FBI Director James Comey's decision on October 28, 2016, to send a letter to Congress about her email controversy was simply devastating.

"I can't look inside the guy's mind. He dumped that on me on October 28, and I immediately start falling," she said.

And while she repeated that it was a "mistake" to use a private email server during her time at the State Department, she also said that plenty of others -- including the media -- were complicit in fanning the flames.

In the new book that she is currently working on, she said: "I'm just using everything that anybody else said about it besides me to basically say: This was the biggest nothing burger -- ever."

Watching the story about her private email server explode was a "maddening" experience, Clinton said, as she specifically called out The New York Times for its coverage of the issue.

"They covered it like it was Pearl Harbor," she said.

Clinton also described the attention around her paid speeches to Goldman Sachs as having been blown out of proportion. Asked why she insisted on addressing the big bank, she challenged the moderators by asking: "Why do you have Goldman Sachs here?"

"Because they pay us," a moderator answered.

"They paid me," Clinton responded.

Her decision to speak at the firm, Clinton said, was partly shaped by her understanding of Goldman's role in the economy.

Something else that worked to her disadvantage? The widespread perception that she would win.

"I also think I was the victim of the very broad assumption that I was going to win," she said. "I never believed that. I always thought it was going to be a close election."

Asked the unavoidable question -- whether she will run for president again -- Clinton quickly answered, "No."

But, she also added: "I won 3 million more votes than the other guy."