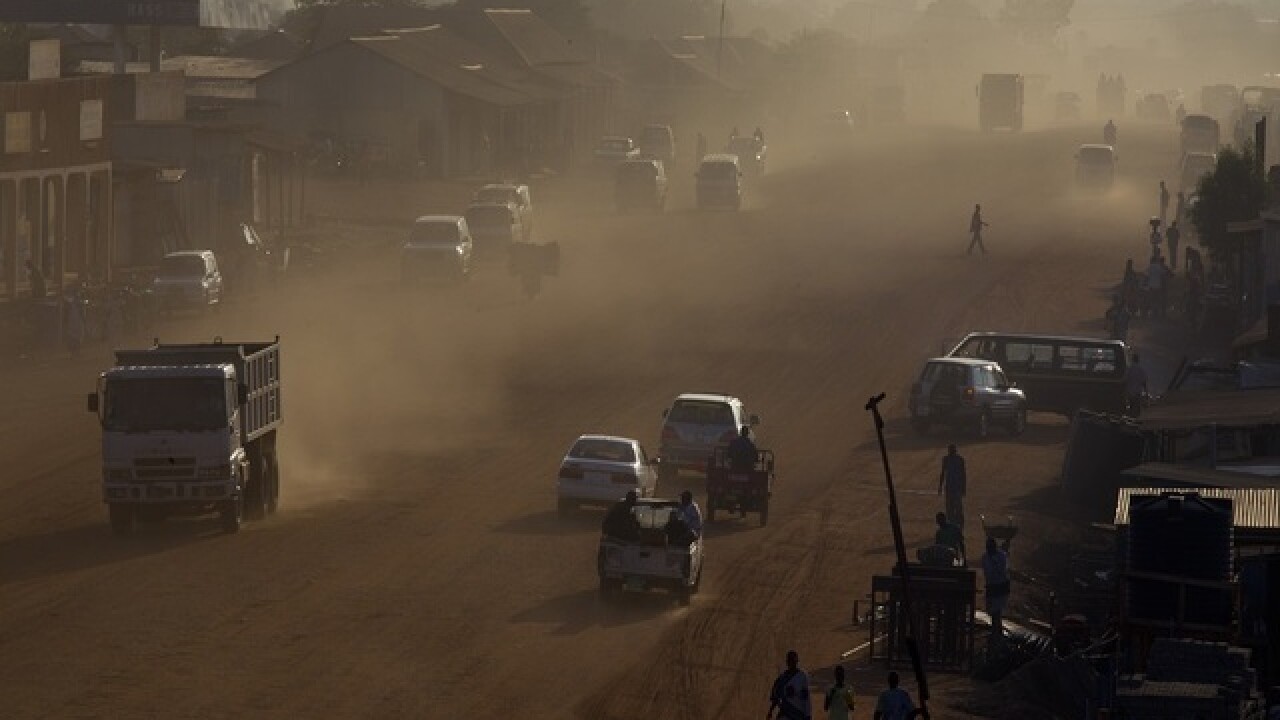 An Associated Press reporter in the city reported widespread shooting preventing residents from moving around.

A "massive explosion" hit shortly after 9 a.m. followed by further blasts in the Tomping area of Juba, home to embassies, the airport and a U.N. base, said an aid worker.

"It rings through the whole city every time they fire," said the aid worker, who spoke on condition of anonymity because he was not authorized to speak to press. "I think one of the tanks must be near me, my ears are burning."

Explosions and "very heavy gunfire" sounding "like popcorn," was reported by a resident in the Gudele area, who insisted on anonymity for safety.

The United Nations Mission in South Sudan reported on Twitter that clashes restarted near its compound in Jebel, where some 30,000 civilians have taken refuge. The opposition also has a base near Jebel and their leader, First Vice President Riek Machar, also has his home there.

Two U.N. peacekeepers from China were killed at the base Sunday night, according to Chinese state media. An eyewitness in the U.N. base who was not authorized to speak to the press told AP that he saw a government tank fire on a Chinese armored personnel carrier.

There were 67 injuries and 8 deaths in the U.N. base Sunday, according to an internal situation report circulated among humanitarian organizations and seen by AP. Water tanks have not been able to bring water to the tens of thousands sheltering inside the base.

Some 10,000 people have been displaced by the fighting in Juba and many are sheltering at the two U.N. bases, a World Food Program compound and other areas, said U.N. Office for the Coordination of Humanitarian Affairs spokeswoman Matilda Moyo.

The weekend clashes escalated following a skirmish last Thursday in which five soldiers were killed. Since then more than 100 people have been reported killed.