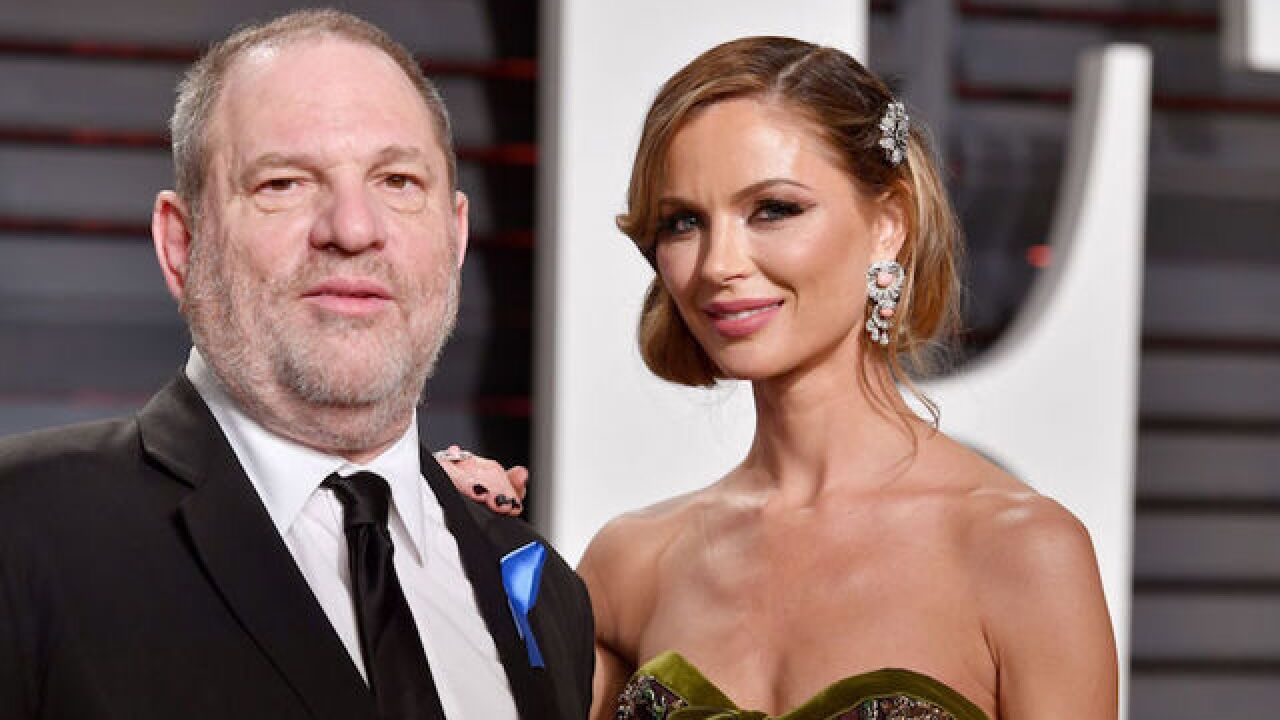 Georgina Chapman, the estranged wife of Harvey Weinstein, is speaking out for the first time since her husband was accused by more than 80 women of sexual misconduct.

In an interview with Vogue, Chapman maintains that she had no knowledge of the alleged sexual harassment or assaults, and didn't even realize he was unfaithful in their own marriage.

Weinstein has repeatedly denied any allegations of "non-consensual sex."

"That's what makes this so incredibly painful: I had what I thought was a very happy marriage. I loved my life." Chapman said. "Absolutely not [did she suspect him cheating]. Never. For one thing, he traveled constantly. And I've never been one of those people who obsesses about where someone is."

Even Vogue editor-in-chief, Anna Wintour, stated in her June editor's letter that she is "convinced" Chapman was unaware of Weinstein's alleged misconduct.

"I am firmly convinced that Georgina had no idea about her husband's behavior; blaming her for any of it, as too many have in our gladiatorial digital age, is wrong," Wintour wrote. "I believe that one should not hold a person responsible for the actions of his or her partner. What Georgina should be receiving is our compassion and understanding."

Weinstein is currently under investigation for alleged sex crimes in New York, Los Angeles and London.

After the news first broke in The New York Times and The New Yorker last fall, Chapman said her head was "spinning."

"I lost ten pounds in five days. I couldn't keep food down," she said. "About two days [to process the news]. My head was spinning. And it was difficult because the first article was about a time long before I'd ever met him, so there was a minute where I couldn't make an informed decision. And then the stories expanded and I realized that this wasn't an isolated incident. And I knew that I needed to step away and take the kids out of here."

Chapman married Weinstein in 2007 and together they have two young children. She announced in October that she was leaving Weinstein.

Chapman, the co-founder of high-end fashion house, Marchesa, said she's made it a point not to attend public events or even be spotted out since October.

"I was so humiliated and so broken,"she said. "I didn't think it was respectful to go out. I thought, who am I to be parading around with all of this going on? It's still so very, very raw. I was walking up the stairs the other day and I stopped; it was like all the air had been punched out of my lungs."

The scandal also led to her decision to cancel the Marchesa runway show in January.

"We didn't feel it was appropriate given the situation," Chapman added. "All the women who have been hurt deserve dignity and respect, so I want to give it the time it deserves. It's a time for mourning, really."

Although she's coming to terms on the end of her marriage and planning a Weinstein-free future with her children, she wants the world to know that she's not looking for anyone to pity her.