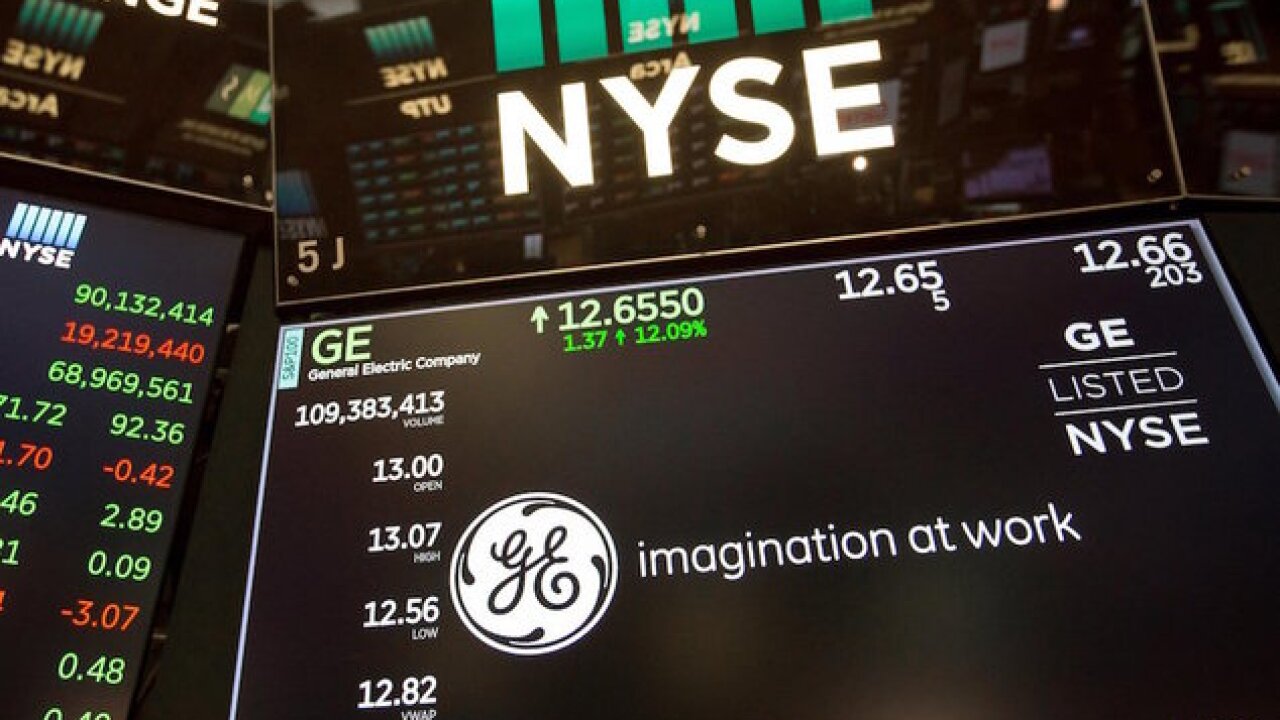 General Electric is under such financial stress that new CEO Larry Culp is slashing the troubled conglomerate's 119-year-old dividend to just a penny a share.

GE revealed on Tuesday worse-than-expected results and a $22 billion accounting writedown for its beleaguered power division. Culp plans to split up the power division to accelerate a turnaround.

The company also announced that the SEC and Justice Department are investigating the charge, which reflects the deterioration of businesses GE has acquired. The news adds to GE's mounting legal problems and helped send the stock to a nine-year low in volatile trading.

In a bid to fix GE's debt-riddled balance sheet, Culp announced the company will cut its quarterly dividend from 12 cents a share starting in 2019. By paying just a token dividend, GE (GE) will save about $3.9 billion of cash per year.

Analysts had been anticipating a potential dividend cut, though not one of this magnitude.

It's an especially painful move for a company that long viewed its stable dividend as a source of pride. But years of bad decisions forced GE to halve its dividend last November for just the second time since the Great Depression. The dividend cuts deal a blow to the many GE retirees and mom-and-pop shareholders who long relied on the cherished payouts.

"We are on the right path to create a more focused portfolio and strengthen our balance sheet," Culp said in a statement.

Culp, who was suddenly named CEO on October 1, acknowledged during a conference call "this is not a quarter that we're particularly proud of."

The fact that Culp moved so quickly to cut the dividend suggests that "GE faces a significant cash constraint," John Inch, analyst at Gordon Haskett, wrote to clients.

But GE tried to hush calls for the company to strengthen its balance sheet by selling stock. Inch and other analysts have said GE Capital needs a cash infusion totaling billions of dollars.

"Let me state in a straightforward fashion, we have no plans for an equity raise," Culp told analysts.

GE's power division remains the biggest source of trouble at the company, drowning out strength from its aviation business. Revenue tumbled 33% last quarter at GE Power due to "continued market and execution challenges." The division swung to a loss of $631 million, compared with a profit of $464 million the year before.

Jamie Miller, GE's chief financial officer, warned that the problems in power will "persist longer and with deeper impact" than previously expected. In light of that, GE expects to significantly miss its full-year earnings and cash flow targets.

GE Power, which makes turbines for power plants, has been caught badly off guard by the shift away from coal and gas in favor of renewable energy. Under former CEO Jeff Immelt, GE doubled down on fossil fuels by spending $9.5 billion in 2015 to acquire Alstom's power business. The deal turned out to be a disaster, underscored by the $22 billion goodwill impairment charge recorded last quarter.

GE said on Tuesday it will reorganize the power business by creating two units, one focused on natural gas and the other holding the steam, nuclear and other assets. And Culp, who was known for running a tight ship at Danaher, plans to "consolidate" GE Power's headquarters structure.

Culp signaled that he's on board with the plan announced by former CEO John Flannery to further dismantle GE by spinning off the health care business and unloading its majority stake in oil and gas giant Baker Hughes (BHGE). Culp said GE expects to sell the Baker Hughes stake "in an orderly fashion, over several years." And despite his background in health care, Culp said it's probably best for health care to be independent.

Culp also downplayed talk that he could further shuffle GE's executive ranks. "I feel good about the group that we have here and we're committed to building a stronger General Electric," he said.