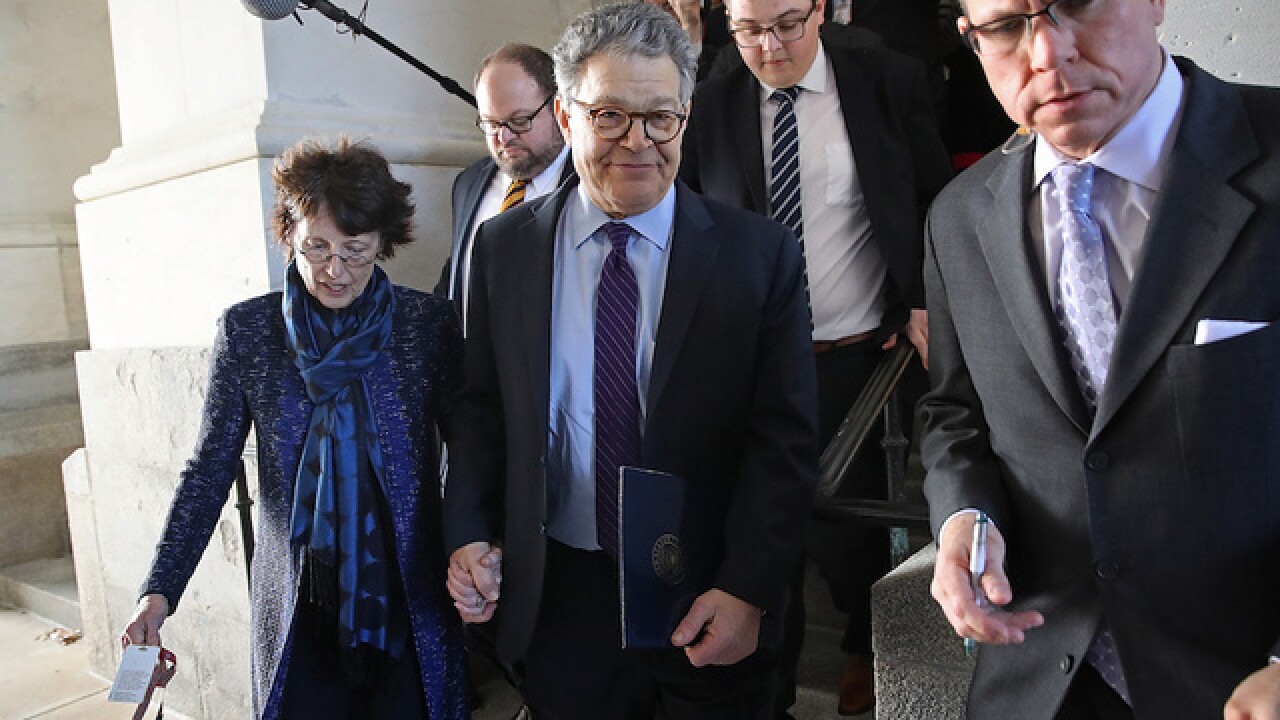 Copyright Getty Images
Win McNamee
<p>Sen. Al Franken (C) ) (D-MN) leaves the U.S. Capitol with his wife Franni Bryson (L) after speaking on the floor of the U.S. Senate December 7, 2017 in Washington, DC. Franken announced that he will be resigning from the U.S. Senate in the coming weeks following a barrage of allegations related to inappropriate conduct with women. (Photo by Win McNamee/Getty Images)</p>

Minnesota Democratic Sen. Al Franken marks his final day in the US Senate on Tuesday after he announced he would step down in the wake of groping allegations.

Minnesota Lt. Gov. Tina Smith will replace him on Wednesday.

"When I leave the Senate in a few weeks," Franken said during his Senate floor speech announcing his exit, "I will continue trying to be an educated citizen and an advocate and an activist."

Multiple women have accused Franken of touching them inappropriately. He apologized for some of the accusations but in his resignation speech said his response to those women's accounts "gave some people the false impression that I was admitting to doing things that in fact I haven't done."

"Some of the allegations against me are simply not true," he said on the Senate floor December 7. "Others I remember very differently."

A special election will be held in Minnesota to permanently fill the seat timed to next year's midterm elections in November. Smith has said she'll run for that position.