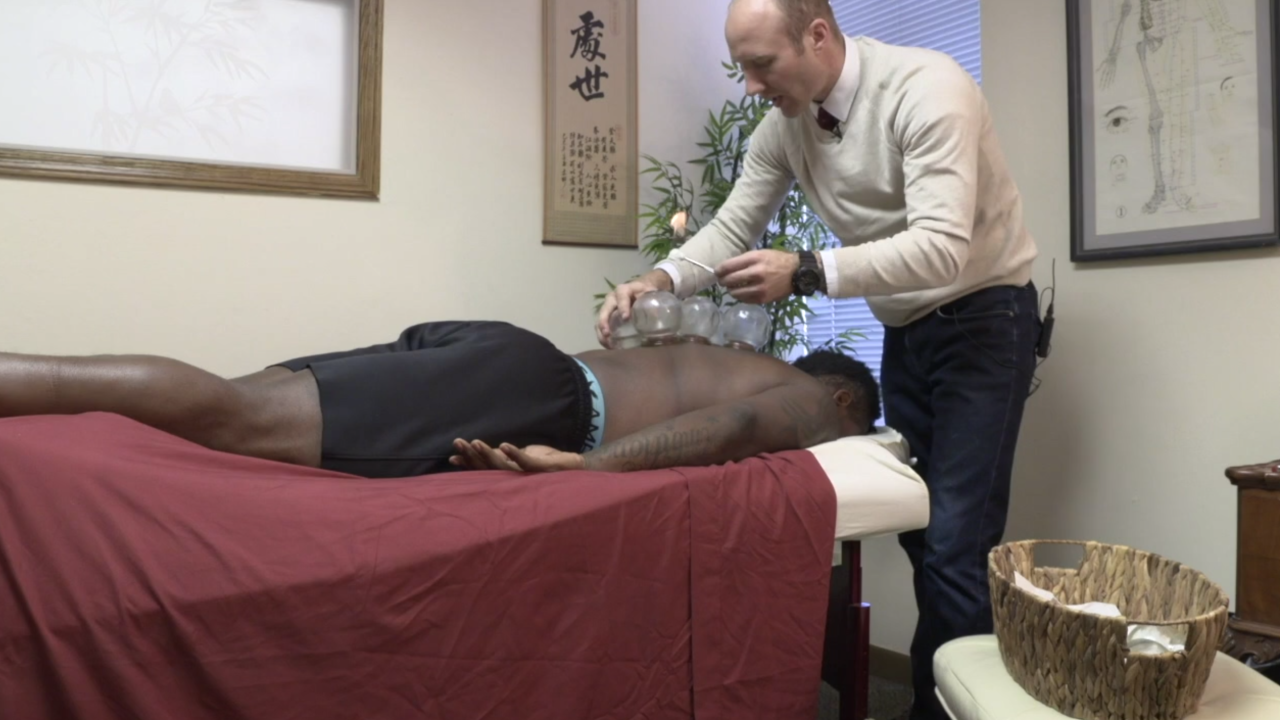 College football player Ryan Arnold dreams of playing in the NFL. While chasing his goal, he’s trying to avoid CTE, a degenerative brain disease caused by repeated hits to the head.

“When it comes to concussions, I’ve taken some shots,” the linebacker said. “Your body gets hot. Everything pretty much shuts down. Your brain is rattled.”

Concussion-related injuries are getting more attention lately. The CDC estimates about 3.8 million sport-related concussions happen each year, with almost half going unreported.

“When you have a concussion, there’s many levels to the problem,” said Tony Megna, DACM, MSOM.

Megna played football at the University of Wisconsin, but he had his college career derailed by concussions. He is now using traditional Chinese medicine in an attempt to help manage concussion-related injuries of other athletes like Arnold.

“We can use acupuncture and Chinese medicine to help facilitate the restoration of the brain, not just to mask some of these pains,” Megna said.

But does this kind of old-school, eastern medicine really work?

For that answer, we went to UCHealth and spoke with a modern western doctor.

“We have an extensive toolbox that we use for headache, but we need more tools,” said Dr. Lauren Grossman, MD, MS.

Grossman is the medical director of UCHealth’s integrative medicine center and says traditional Chinese medicine is another way to combat concussion problems.

“It’s not like writing a prescription for a pill that either works or doesn’t in one dose,” she said. “In traditional Chinese medicine, we usually recommend the patient have four to six treatments before they decide whether it’s been successful or not.”

Back at Megna’s Integrated Heights Wellness and Healing Center, he is practicing acupuncture on Arnold.

These athletes swear by the treatment, saying it’s also a lot better than the alternatives.

“Is it the answer to everything?” Arnold asked about traditional Chinese medicine. “You don’t know until you try it. But I’d rather try something that’s more beneficial to you than popping pills.”