The Girl Scouts of Gulfcoast Florida said it lost at least $650.

BRADENTON, Fla. -- Local Girl Scout troops say they lost at least $650 while selling cookies over the weekend when some customers paid with counterfeit bills.

Bradenton Police said officers took a report about the fake cash and officers are investigating.

"You kind of feel targeted. You feel it's a crime, and they're intending to rip off little girls," said Kelly McGraw, the Director of Member Experience with Girl Scouts of Gulfcoast Florida.

McGraw said several troops reported receiving counterfeit cash. They realized the money was fake when they went to deposit the cash at the bank.

"The tellers are telling them, you're short $80, you're short $100 and the leaders are saying, 'No, it's in the stack.' Well, the machines at the bank are counting the real money, so that's how they are finding out," McGraw said.

10-year-old Sydney Cramer is learning the difference between fake and real money. She was with her mother and sister selling cookies at a local grocery store this weekend. Someone handed her sister fake cash.

"This person handed a $50 bill to my 7-year-old, so it was tough for sure. I didn't realize it until I got home," Michelle Cramer, Sydney's mother, said.

"It upsets me because the Girl Scouts are working hard to do this, and now we get a counterfeit bill," Sydney said.

McGraw said the girls are now using counterfeit pens so they can spot fake money.

"They're just learning how to count money, and now they have to figure out good money from bad money," McGraw said. "They're trying to get up enough courage to ask people to buy a box, and now they're going to be wondering if this is a good person or a person who is going to give them bad money." 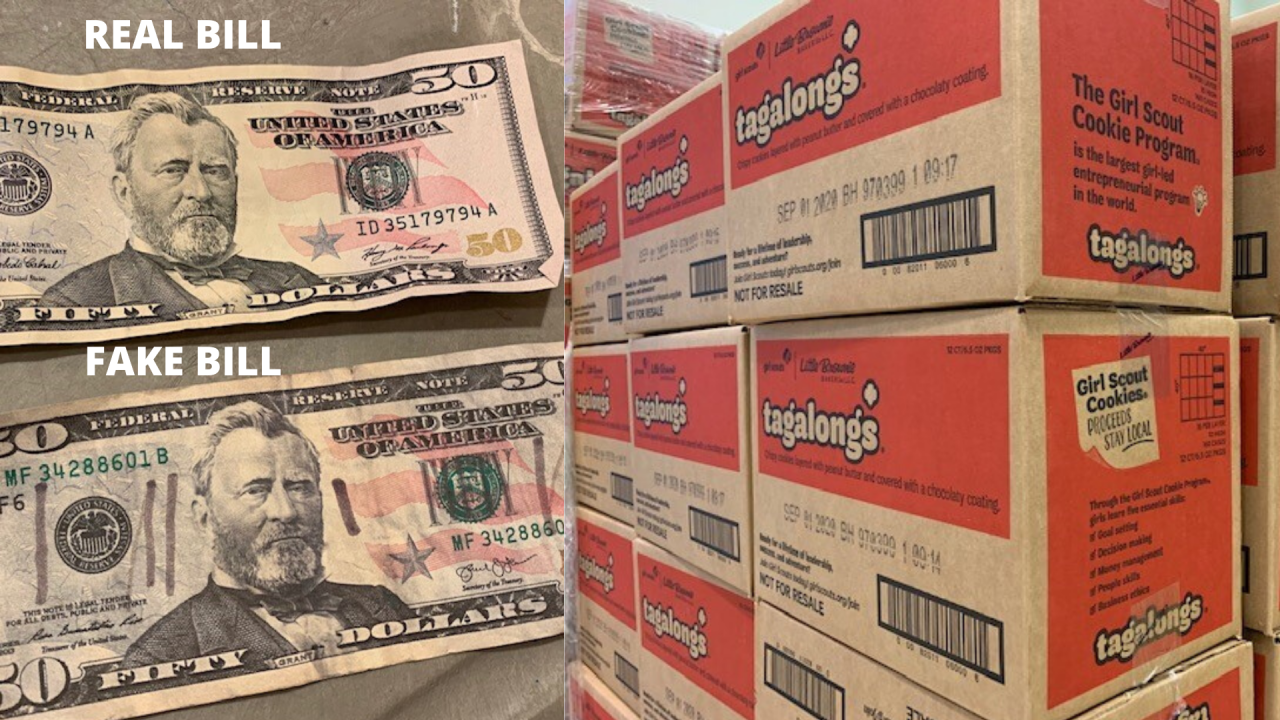 McGraw said strangers have been donating online to help the Girl Scouts reach their goals.

"There's a lot more good people in this world than there are bad people. This was a lesson to be learned. There are some bad people out there, and we need to be smart now and learn from this," Cramer said.

Click here for more information on how to help Girl Scouts reach their goals.

This story was originally published by Julie Salomone on WFTS in Tampa, Florida.