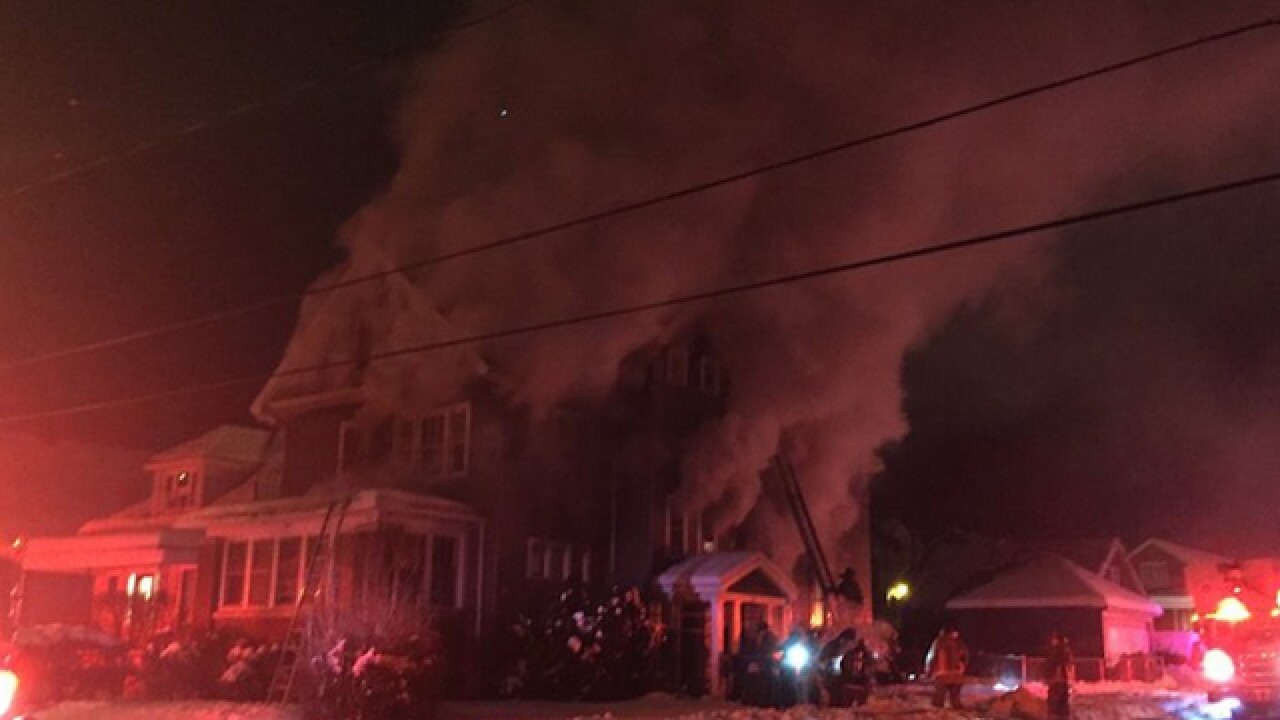 Two people are dead and two children are injured after a massive house fire broke out early Friday morning in Buffalo.

Around 4 a.m. Feb. 19, crews were called to a fire at the corner of Humber and Litchfield. Heavy smoke could be seen pouring out of the multi-story home. Around 4:45 a.m., firefighters were pulled from the home as flames shot out of the roof.

See video and more coverage of this story at WKBW.com

Around 5:30 a.m., our news crews were asked to stop filming so crews could remove at least one body from the burning home. Just before 6 a.m., a second death was confirmed.

One of the men who died is Demetrius Johnson, Sr.. The father lived in the downstairs apartment with his three children, 8-year-old Treasure, 3-year-old Demetrius Jr., 15-month-old Demerius and their mother, Tempest Thomas.

Johnson rescued his family, carrying the 8-year-old girl to safety, before going back to try to rescue a man from an upstairs apartment and his 3-year-old son Demetrius Johnson, Jr.. Neither Johnson or the man he was trying to rescue survived. The two men were not related.  However, firefighters did rescue the 3-year-old who was taken to Women & Children's Hospital.

Treasure Brighon suffered burns on 90 percent of her body. She is in a fight for her life and was flown to Shriners Hospital in Cincinnati for treatment in their burn unit.

Her 3-year-old step-brother suffered smoke inhalation and is in the pediatric intensive care unit at Women and Children’s Hospital but her baby step-brother is okay after being treated and released. Tempest Thomas, the children's mother, was uninjured. She was unable to accompany her 8-year-old daughter on the jet to Cincinnati due to space restrictions but she is now being provided free air transportation from Wings Flights of Hope - an local volunteer organization that helps families by providing compassion flights for medical situations.

Two firefighters were burned while fighting this fire and were taken to ECMC for treatment.