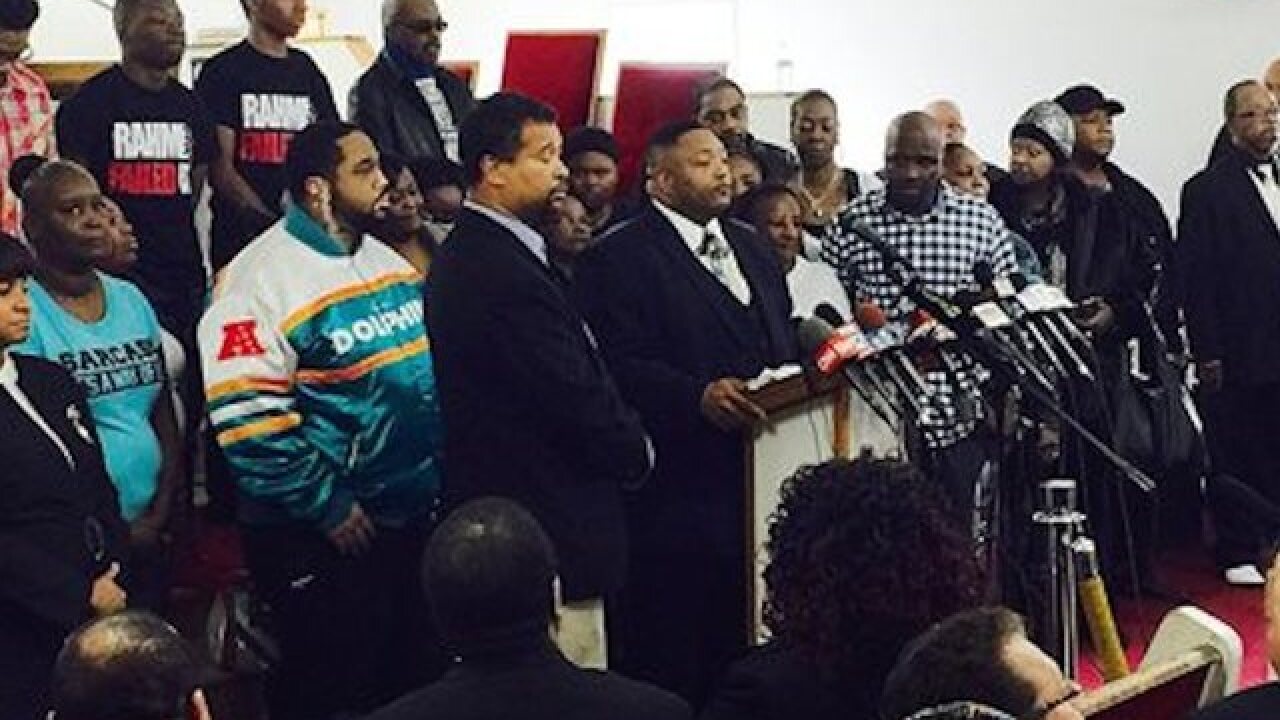 Teresa Crawford
<p>The Rev. Marvin Hunter, center, the great uncle of Laquan McDonald, accompanied by other family members and supporters, speaks at a news conference Friday, Dec. 11, 2015, in Chicago. The family of McDonald, a black teenager shot 16 times by a white Chicago police officer, stepped forward Friday, weeks after a video of the 2014 killing set off days of protests, calls for the mayor's resignation and demands for an overhaul of the police department. (AP Photo/Teresa Crawford)</p>

CHICAGO (AP) — The family of a black teenager shot 16 times by a white Chicago police officer stepped forward Friday, weeks after a video of the 2014 killing set off days of protests, calls for the mayor's resignation and demands for an overhaul of the police department.

Laquan McDonald was shot in October 2014 by police Officer Jason Van Dyke, who is charged with first-degree murder. Squad-car footage was released late last month upon a judge's order, and there have been protests almost daily since. Protesters allege a cover-up and have called for the resignation of Mayor Rahm Emanuel and Cook County State's Attorney Anita Alvarez.

The Rev. Marvin Hunter, who is McDonald's great uncle, called for change at the city and national levels, saying that "what we're feeling in Chicago is the real feeling of America itself, and that's injustice against people of color."

McDonald's mother was not in attendance because she's "hurting and traumatized by the constant reminder and senseless death of her son," Hunter said, referencing the video, which has been replayed on TV frequently.

Since the video's release on Nov. 24, McDonald's death became another example in current debate over gun violence and treatment of African-Americans by the police. Protesters have turned the shooting into a rallying cry, their chants of "16 shots and a cover-up" becoming as familiar as "I can't breathe" became after the video that showed Eric Garner being taken down by a New York police officer in a fatal chokehold.

The city agreed to a $5 million settlement with McDonald's family earlier this year before without a lawsuit even being filed. But Chicago officials also fought the release of the video, arguing it could interfere with any resulting court case. Acting on a judge's order, the city released it, with the county's top public prosecutor announcing charges against the officer hours before.

An attorney for McDonald's family said they, too, did not want the video made public, explaining that they were still grieving.

Alvarez has defended her office, calling it a complex investigation. Emanuel apologized this week. He fired the police chief and named a new head of the independent body that investigates police conduct. But protests have continued, and more were planned for Friday.