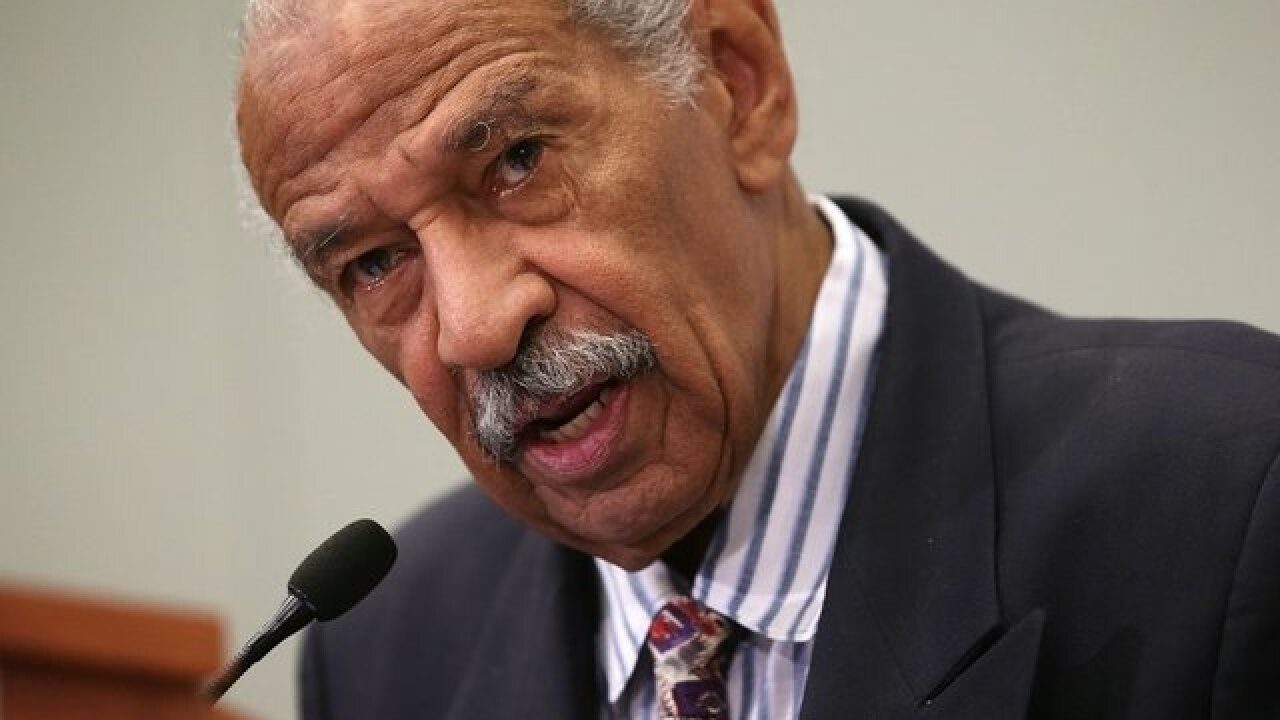 Embattled Democratic Rep. John Conyers told a Detroit area radio show that he'll step down from his seat in Congress Tuesday and publicly endorsed his son to replace him once he leaves Capitol Hill.

Conyers, who spoke for the first time since returning to his home district amid allegations of sexual harassment, made the comments on Mildred Gaddis' radio show in Detroit.

"My legacy can't be compromised or diminished in any way by what we're going through now. This too shall pass," he said, calling in from a local hospital.

Conyers was facing investigation by the House Ethics Committee into multiple allegations that he had sexually harassed women who worked with him.

Last week, Marion Brown, a woman with whom Conyers had settled a wrongful dismissal complaint in 2005, appeared on NBC's "Today" show and said Conyers had "violated" her body, propositioned her for sex and touched her inappropriately. The settlement was first reported by BuzzFeed News. Court documents also revealed that another staffer in 2007 filed -- and later dropped -- a lawsuit against Conyers, claiming that the lawmaker sexually harassed her in 2015 and 2016, while she was working for him.

A third woman, Deanna Maher, said Conyers made three sexual advances toward her when she worked for him in his district office in Detroit from 1997 to 2005, CNN reported last week.

Melanie Sloan, a former Conyers aide and Washington lawyer, told The Washington Post last week that Conyers harassed and verbally abused her when she worked for his Washington office in the 1990s. She did not characterize the harassment as sexual in nature, saying instead that he was inappropriate and abusive.

In the days following the allegations, Conyers, who is the longest serving current House member, had fiercely denied the allegations against him and vowed to fight to clear his name. A lawyer for Conyers has repeatedly said the congressman denied wrongdoing and had no plans to resign, despite more calls from members of his own party.

"It is not up to Nancy Pelosi," attorney Arnold Reed told reporters at a news conference late last month. "Nancy Pelosi did not elect the congressman, and she sure as hell won't be the one to tell the congressman to leave."