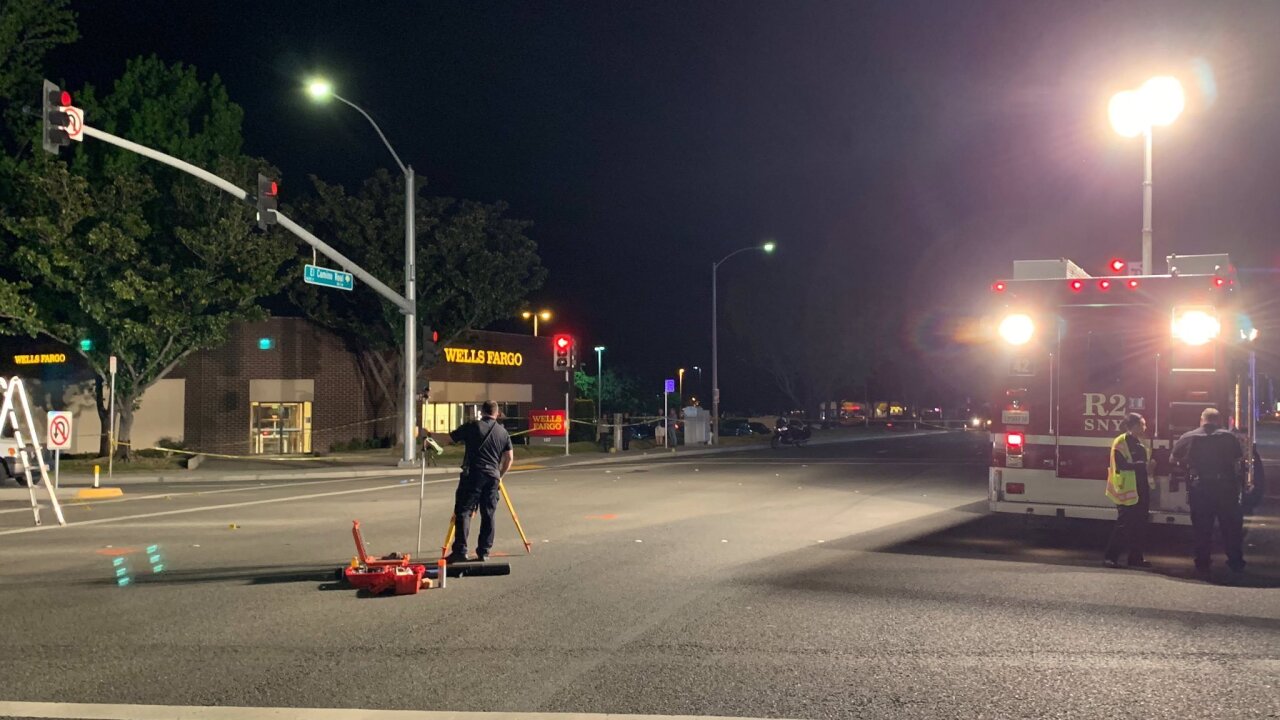 The incident happened Tuesday evening in Sunnyvale. Police were called to the scene about 6:40 p.m., after the driver appeared to accelerate as he moved into a crosswalk full of pedestrians, Ngo said in a video posted to the department's Facebook page.

A witness told investigators the driver was heard to say "something similar to, 'Thank you, God,'" after plowing through the crosswalk and crashing into a tree, Ngo said. Evidence suggested the driver intentionally struck the pedestrians.

"There's no apparent connection between the suspect and the victims," the chief said.

Don Draper said he spoke with the suspect moments after the crash.

"I made the mistake of yelling at him in his own car," Draper said. "And that's when I heard him saying, 'I love you, Jesus. Thank you, Jesus.' "

The suspect was identified as Isaiah Joel Peoples, a 34-year-old Sunnyvale resident who was born in San Francisco, the public safety department said. It's unclear whether he has an attorney. CNN reached out to the public defender's office to see whether it is involved.

Peoples was arrested at the scene of the crash. He was unhurt.

Ngo said police obtained a search warrant for his apartment as part of the investigation.

No evidence has linked the suspect to any terrorist organization and it appears Peoples acted alone, Ngo said.

Capt. Jim Choi, a department spokesman, described what happened as an "intentional act." He said there were no signs the car attempted to slow down or brake at the scene.

"People are just walking to get to these restaurants and food places and grocery stores, rather than getting in their car and driving there," Shanelle Fioretti told CNN affiliate KGO-TV, describing the area at the time.

Police contacted the FBI about the driver, according to Choi, who said investigators are considering "all possibilities" in terms of a motive.

The FBI is assisting local law enforcement in the investigation, according to an agency spokesperson. "Should it be determined that a federal crime was committed, we will become more involved."

The incident is believed to be isolated, Choi said. Police have released the identity of the victims.

Sunnyvale is about 40 miles from San Francisco.