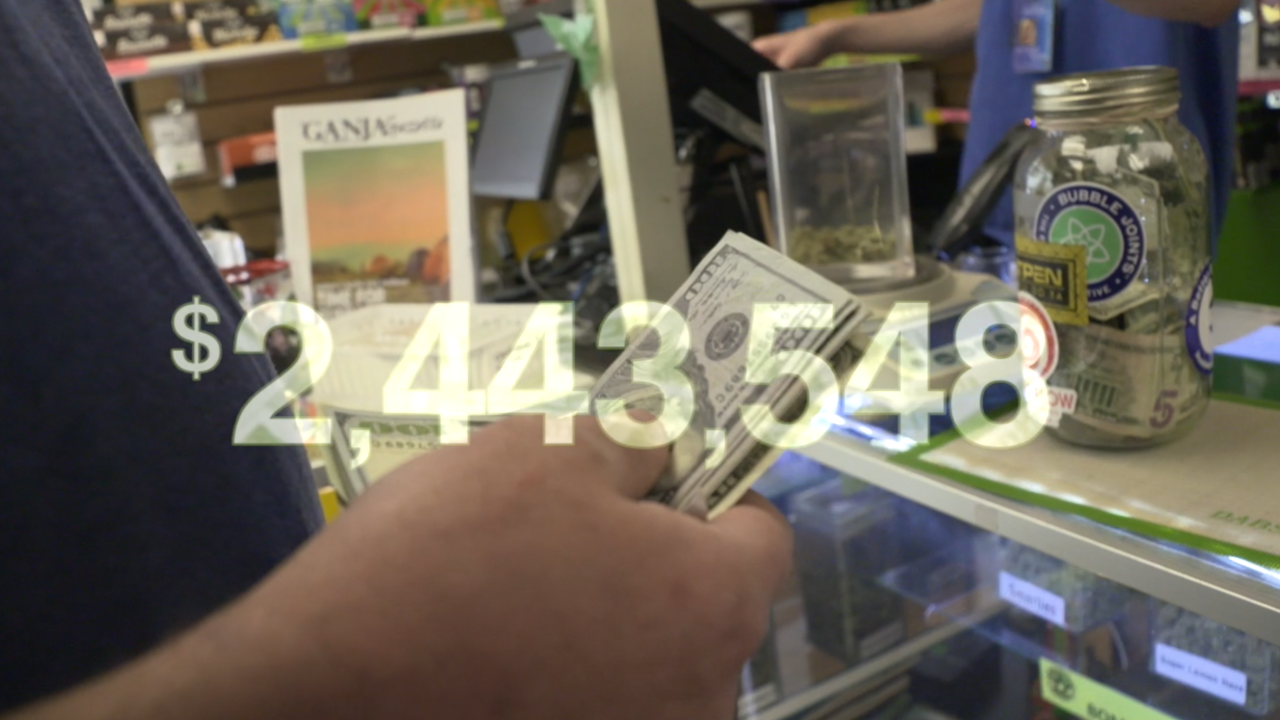 There’s a lot of money in marijuana, and a lot of dispensaries only deal with cash.

When you do the math, this Denver-based dispensary is handling more than $2,000,000 a year, and all of it is cold hard cash.

“It’s a billion-dollar industry, and there’s so many moving parts,” Jones says.

Moving that amount of money is one of the biggest challenges for dispensaries around the country.

Marijuana is still illegal under federal law, which means a lot of dispensaries can’t open accounts with traditional banks. Instead, many dispensaries are now hiring specialized companies to move their money somewhere safe.

DeLue has gone from busting people for weed as a deputy sheriff to now making a living transporting it.

“You were taught as a cop that weed was bad and marijuana was bad and you shouldn’t have anything to do with it,” he says. “And then we left law enforcement and started in the weed industry. So, it’s been a huge change.”

DeLue says his team uses armed security guards to take pot and money from pot sales to an armored truck. They then drive it to wherever the dispensaries owners want it, including private vaults.

“We’ve grown four-or-five-fold since we started in 2015,” he says. “We went from a few hundred thousand dollars a year in revenue to now around $4.5 to $5.5 million in revenue.”

And as more states legalize marijuana, more people might soon be using these services.