Diverse candidates rule the night and other takeaways from Tuesday's primaries 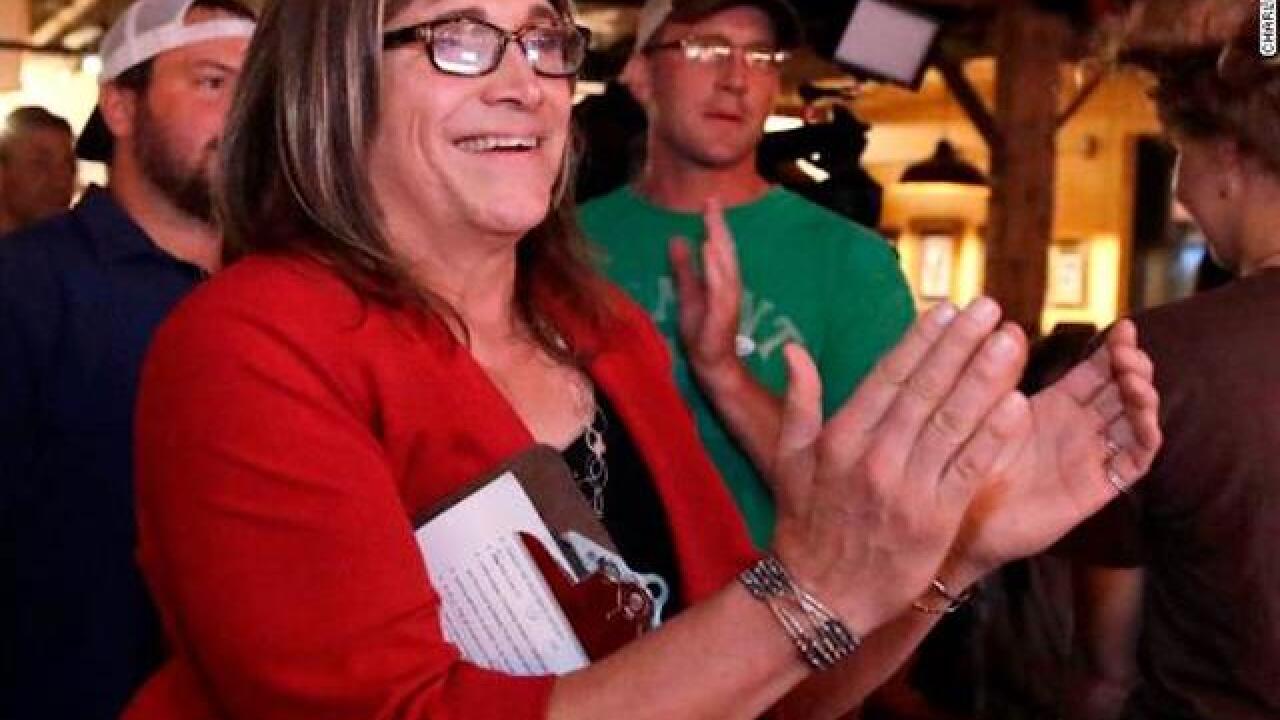 The nation's first transgender governor, its first Somali-American woman in Congress and its first black woman in Connecticut's congressional delegation could all be on the horizon after Tuesday's slate of four primaries.

In Wisconsin and Minnesota -- two states where Democrats hope to rebound after losing ground to President Donald Trump in the 2016 election -- voters chose their nominees for governor, the Senate and several competitive House races. In Vermont and Connecticut, the competition was largely intra-party.

Christine Hallquist's bid to become the nation's first transgender governor cleared a major hurdle Tuesday when Vermont Democrats nominated her to take on incumbent Republican Gov. Phil Scott. Hallquist is now the first openly transgender person to be nominated for governor by a major party.

It's a breakthrough of both substantial and symbolic importance for LGBTQ Americans -- and particularly the trans community, which has long been shut out of the highest levels of elected office.

Three years after Oregon's Kate Brown became the nation's first openly bisexual governor, Democrats have now nominated what would become the nation's first openly gay (Lupe Valdez in Texas and Jared Polis in Colorado) and transgender (Hallquist in Vermont) governors at the time of their election, should they win in November. Hallquist is one of more than 400 LGBTQ candidates running in this cycle, a record according to the Victory Institute.

The 2016 National Teacher of the Year, Jahana Hayes, defeated an opponent endorsed by the local Democratic Party to win a House primary in Connecticut. She'd become the first black Democratic member of the state's congressional delegation.

Don't call it a comeback.

Pawlenty's defeat is the latest negative chapter in the former governor's political career. Pawlenty decided to run for president in 2012 after two terms as governor of Minnesota. Despite early hype and sizable expectations, Pawlenty fizzled quickly and dropped out months before the Iowa caucus in September 2011 after a lackluster run.

This year, he left a $2.7 million per year job to seek a return to the governor's office.

Johnson now moves on to a busy general election in Minnesota, where -- in addition to the governor's race -- there are two Senate races, multiple competitive House races and a closely watched race for attorney general.

Ellison wins -- but a cloud looms over his victory

It was a good news, bad news night for Democratic Rep. Keith Ellison.

The congressman won the Democratic nomination for Minnesota attorney general, positioning him to lead the progressive opposition to Trump through legal battles.

But, as Ellison celebrated his win, the Democratic National Committee said it was reviewing domestic abuse allegations against its deputy chair -- which emerged over the weekend and Ellison has flatly denied.

"These allegations recently came to light and we are reviewing them," a DNC spokeswoman said. "All allegations of domestic abuse are disturbing and should be taken seriously."

Ellison denied allegations made public on Saturday that he physically abused an ex-girlfriend. The allegations were detailed in a Facebook post by Austin Monahan, the son of Ellison's former girlfriend Karen Monahan.

"Karen and I were in a long-term relationship which ended in 2016, and I still care deeply for her well-being," Ellison said in a statement. "This video does not exist because I never behaved in this way, and any characterization otherwise is false."

How to spend $11 million and come up empty

Republican megadonor and Illinois businessman Richard Uihlein had his eyes on Wisconsin Democratic Sen. Tammy Baldwin's seat -- and he had the candidate to take her on.

It turned out to be a spectacular failure. Nicholson lost to Vukmir -- and it wasn't particularly close.

The more powerful support was Vukmir's endorsement from the state GOP. A darling of conservative talk radio -- which has major reach in Wisconsin -- Vukmir was also backed by Gov. Scott Walker's allies and even his family members.

The two will now share a ticket in one of the most important states in November's midterms, with Walker facing state schools chief Tony Evers in Democrats' fourth -- and perhaps best -- chance at defeating him.

Progressives surge up, down and across the ballot

What a difference a week makes.

After falling short in some high-profile contests in Michigan and Missouri seven days ago, progressive candidates -- many of them staunch backers of single-payer health care and other universal programs popular on the left -- in Wisconsin, Minnesota, Connecticut and Vermont notched a raft of victories on Tuesday.

In Minnesota, Omar won the contest to replace Keith Ellison in the state's 5th District House race. She was endorsed by Alexandria Ocasio-Cortez, a fellow Justice Democrats candidate.

Ellison, whose long-term political future remains in the balance due to the assault allegations, secured the Democratic nomination to become the state's next attorney general.

Next door in Wisconsin, the mustachioed Randy Bryce, who entered the 1st District race in June 2017 with an eye on ousting Republican House Speaker Paul Ryan, secured the Democratic nomination. He'll have a less hefty task than initially imagined, with Ryan having since announced his retirement, clearing the way for one of his former aides, Bryan Steil, to pick up the GOP nod.

In Milwaukee County, meanwhile, Earnell Lucas, a Major League Baseball security official and progressive who ran for sheriff on "restoring integrity" to the office, defeated the top deputy of former Sheriff Dave Clarke -- the conservative media figure who actually ran in Milwaukee County as a Democrat despite holding conservative Republican political views.

Both Ellison and Bryce were among the relatively few big-name endorsements offered by Sen. Bernie Sanders, who predictably cruised to victory in Vermont's Democratic Senate primary. As he's done in the past, Sanders is expected to turn down that nomination and run again as an independent. But his overwhelming win dusted away any suggestion that, at least among Democrats in his home state, there were any hard feelings dating back to the 2016 presidential primary.

Back east in Connecticut, another pair of progressive favorites backed by the Working Families Party -- Hayes and Matt Lesser -- won their primaries, with Lesser outlasting a fellow state house member in their race for a state Senate seat and Hayes, named by former President Barack Obama as the National Teacher of the Year in 2016, winning the contest to replace Rep. Elizabeth Esty as the Democratic nominee in the 5th District.