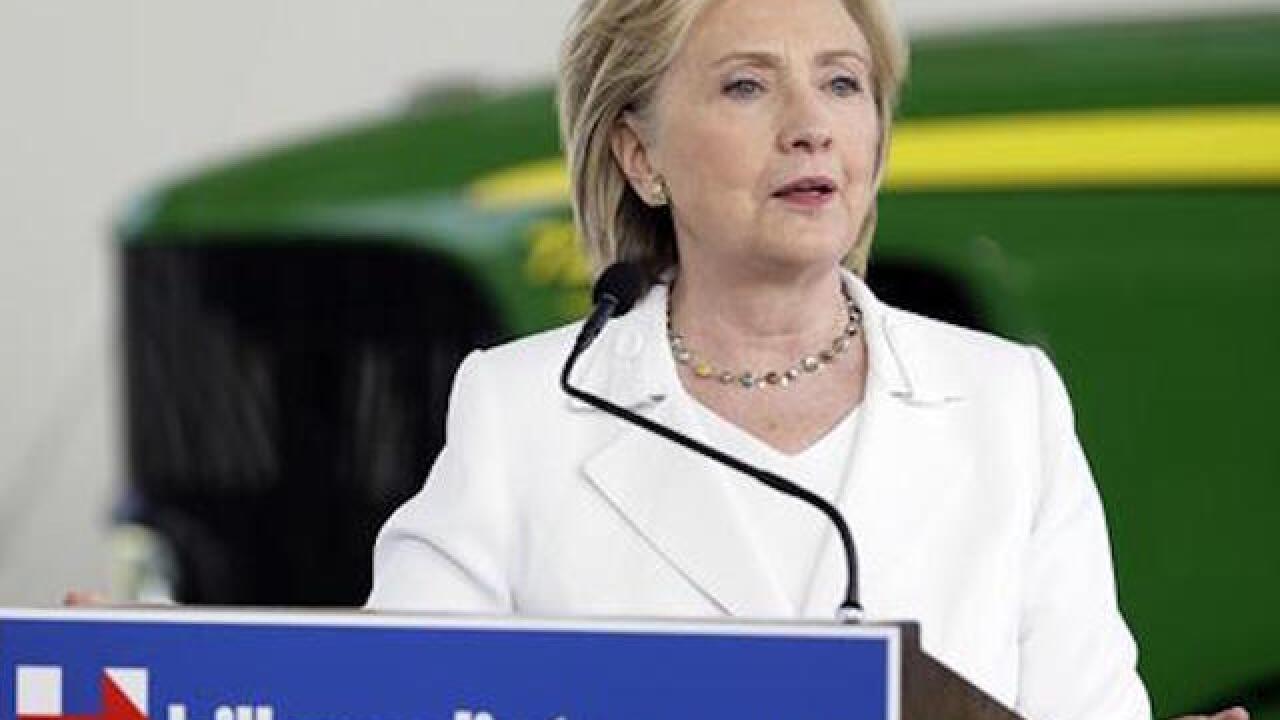 WASHINGTON (AP) — For Hillary Clinton, the presidential campaign has been about building an approachable image: She's often eschewed big arenas in favor of town halls, peppered her ads with personal stories and planned less-scripted gatherings with voters.

But emails obtained by The Associated Press reveal a careful, behind-the-scenes effort to review introductory remarks for college presidents and students presenting the Democratic front-runner as a speaker, as well as suggesting questions that happened to be aligned with her campaign platform.

While it's not unusual for campaigns to plan detailed appearances, the exchanges preview the kind of image-control apparatus that could be deployed in a Clinton White House, including attempts to steer conversations with her audiences. They also run counter to her campaign's efforts to make Clinton look less wooden and scripted than she did when running eight years ago.

Clinton spokesman Nick Merrill said, "We take pride in Secretary Clinton's ability to answer tough questions. We do not screen questioners at events, nor do we script interactions." He said Clinton has answered about 900 questions in formal events on the campaign, and that more-memorable moments came from the fact her events were "completely unscripted."

The newly revealed exchanges, which surfaced in open-records requests, show the workings of a Clinton campaign that touts off-the-cuff moments, like the story of a little girl who asked Clinton: "If you're elected the girl president, will you be paid the same as the boy president?" That line is a stump speech favorite.

But the campaign still injects itself into the minute details of the candidate's appearances down to the stemless glassware in her green room. That fixation on planning has sometimes pulled local officials uncomfortably into the political arena.

"They offered to write your introduction. I told them no," Becky Mann, the head of public relations for South Carolina's Greenville Technical College, wrote in an email to the college's president, Keith Miller.

But Miller dismissed the suggestions, calling them "bad questions" and said he would develop his own. "Probably after hearing her speech," he wrote.

In South Carolina, state director Clay Middleton asked another college to "provide a list of 2 or 3 students that would be fitting to introduce the Secretary."

Des Moines Area Community College's president, Robert Denson, incorporated talking points sent by Clinton's campaign into his August 2015 opening remarks ahead of her appearance. In an interview, Denson said the college was visited by several candidates including Clinton and Trump, and handled each campaign the same: reaching out for specific remarks ahead of time to incorporate into his usual introduction, which notes the school is nonpartisan and doesn't favor any candidate.

"We did the same thing with Trump," he said, adding that candidate visits at community colleges provide insight into what's important and the opportunity to hear from future White House occupants who could shape the nation's policies.

Merrill said the campaign at times assists people as part of an event, "especially those introducing Secretary Clinton, with the points on our campaign's message. More often than not, it's because they've asked."

Clinton's campaign also reviewed the Des Moines transit agency's press release prior to Clinton's visit there in July 2015, where she called climate change one of the "most urgent threats" of our time. "I have the changes and OK from their team, so we'll get it out shortly," one transit official said in a July 2015 email.

Later that year, at Keota High School in Keota, Iowa, Clinton's staff had asked to see a student's introductory remarks before the event, according to a December 2015 email.

That exchange came a month after Clinton's appearance at a middle school in Clinton, Iowa, which was preceded by a flurry of emails in which school officials were worried about her campaign's plans to film media ads.

Four days before the event, a campaign official wrote to the school: "We are wanting to do some small commercial filming in the vocational spaces at Clinton High School earlier in the day before the town hall" at the middle school. School officials, concerned the school's name might be used for political purposes, moved quickly to limit the filming — asking that the school not be identified in any advertisements and making sure no school signs would appear in the ads.

About 400 Clinton residents, campaign officials and media filed into the cafeteria the Sunday that Clinton appeared for her event. She touted her "Caring Economy" plan to cut federal taxes, promote tax credits and expand Social Security.

"As a public school," wrote John Jorgensen, the school system's director of learning and collaboration, "we cannot appear to be supportive of one candidate over another."