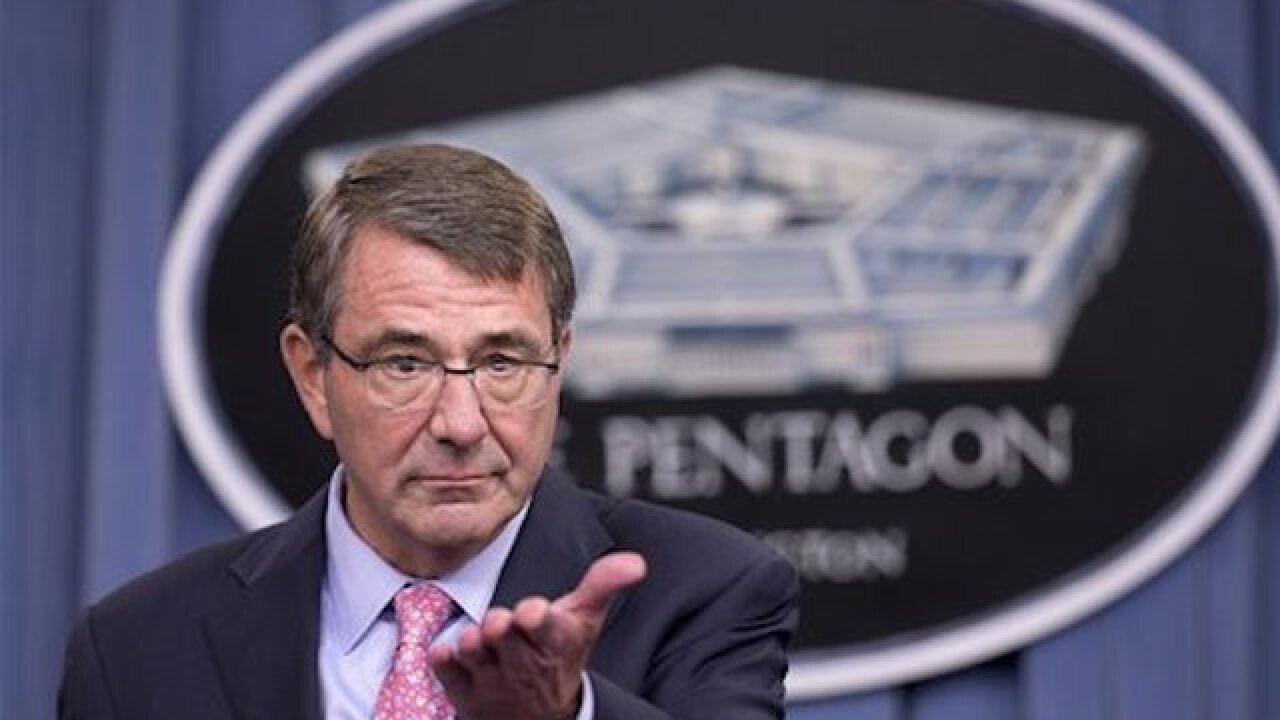 Manuel Balce Ceneta
<p>Defense Secretary Ash Carter speaks to reporters during a news conference at the Pentagon, Wednesday, Sept. 30, 2015. Carter said that Russian airstrikes may have been in areas with no Islamic State forces. (AP Photo/Manuel Balce Ceneta)</p>

The additional troops will help Iraqi and Kurdish forces battling IS. Carter told the House Armed Services Committee that over time, these special operators will be able to conduct raids, free hostages, gather intelligence and capture Islamic State leaders. Carter said that will improve intelligence and generate more targets for attacks.

Carter did not offer troop numbers amid a growing call from some Republicans for more U.S. boots on the ground and a divide among war-weary Americans about the prospect of greater military involvement. He said the number in the expeditionary force will be "larger" than 50 but would not be more specific and didn't say exactly where they would be based.

"The raids in Iraq will be done at the invitation of the Iraqi government and focused on defending its borders and building the Iraqi security force's own capacity," Carter said. "This force will also be in a position to conduct unilateral operations into Syria."

There currently are about 3,500 U.S. troops in Iraq, and President Barack Obama had previously announced he was sending fewer than 50 special operations forces to Syria.

Carter said the U.S. also is expanding attacks on the militants' infrastructure and their sources of revenue, particularly from oil.

"Over the past several weeks, because of improved intelligence and understanding of ISIL's operations, we've intensified the air campaign against ISIL's war-sustaining oil enterprise, a critical pillar of ISIL's financial infrastructure," Carter said, using an acronym for the Islamic State group. "In addition to destroying fixed facilities like wells and processing facilities, we've destroyed nearly 400 of ISIL's oil tanker trucks, reducing a major source of its daily revenues. There's more to come, too."

Gen. Joseph Dunford, the chairman of the Joint Chiefs of Staff, testified alongside Carter, saying that in the past month or so, attacks on IS have disrupted 43 percent of its revenue stream.

In a later exchange with Rep. James Langevin, D-R.I., Carter elaborated on the prospect of using the expanded special operations force in Iraq to conduct raids inside Syria.

"This is an important capability because it takes advantage of what we're good at," Carter said. "We're good at intelligence, we're good at mobility, we're good at surprise. We have the long reach that no one else has. And it puts everybody on notice in Syria. You don't know at night who's going to be coming in the window. And that's the sensation that we want all of ISIL's leadership and followers to have."