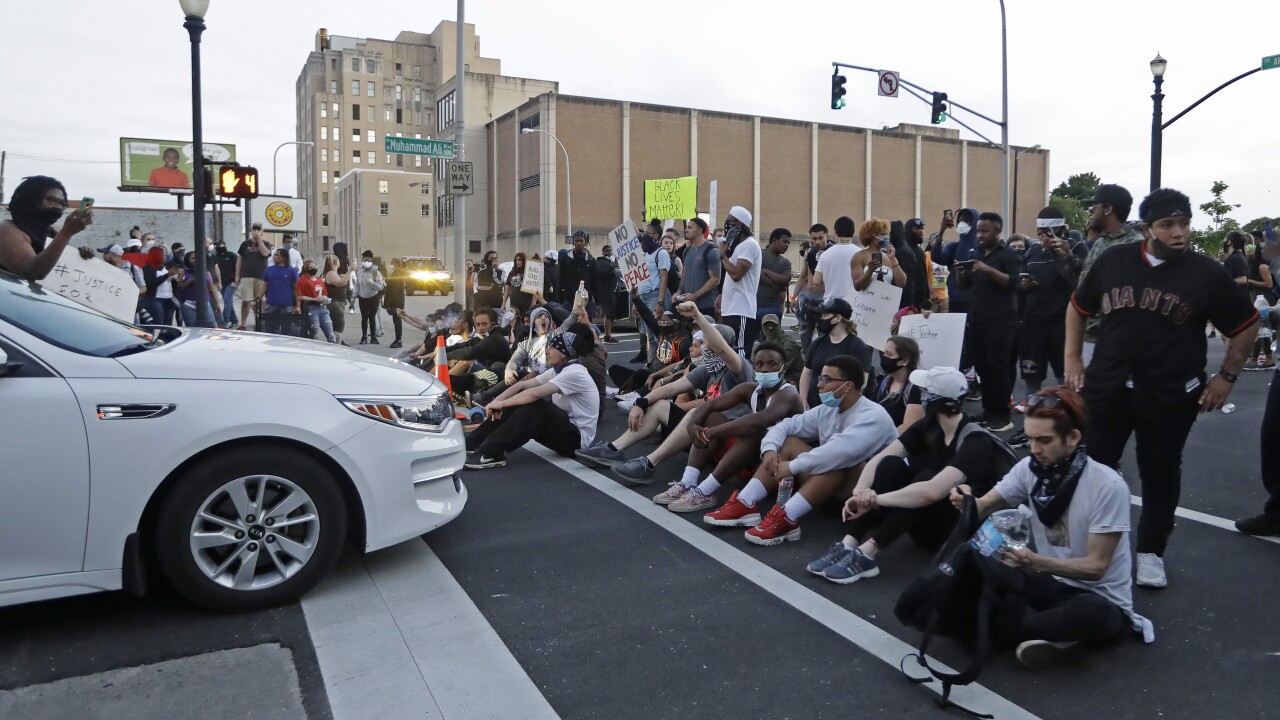 Copyright 2020 The Associated Press. All rights reserved
Darron Cummings/AP
Protesters sit at an intersection during a protest over the deaths of George Floyd and Breonna Taylor, Saturday, May 30, 2020, in Louisville, Ky. Breonna Taylor, a black woman, was fatally shot by police in her home in March. (AP Photo/Darron Cummings)

LOUISVILLE, Ky. (AP) — The gunfire that killed a black woman and wounded one of the plainclothes police detectives who crashed through her front door has fueled a debate over so-called no-knock warrants.

More than two months after police fatally shot Breonna Taylor, the Louisville mayor has announced an indefinite suspension on the warrants that allow officers to enter a home without announcing their presence.

“These changes – and more to come – should signal that I hear you and will continue to make improvement anywhere I can,” Mayor Greg Fischer said in a news release.

The mayor announced the following changes would take place at the Louisville Police Department:

Civil rights advocates are calling for a permanent ban.

Oregon and Florida are the only states that have outlawed no-knock warrants.

Taylor's name is one of those being chanted during protests sweeping the U.S. to decry police killings of black people.