Cremated remains of 100 people launched into space on SpaceX rocket 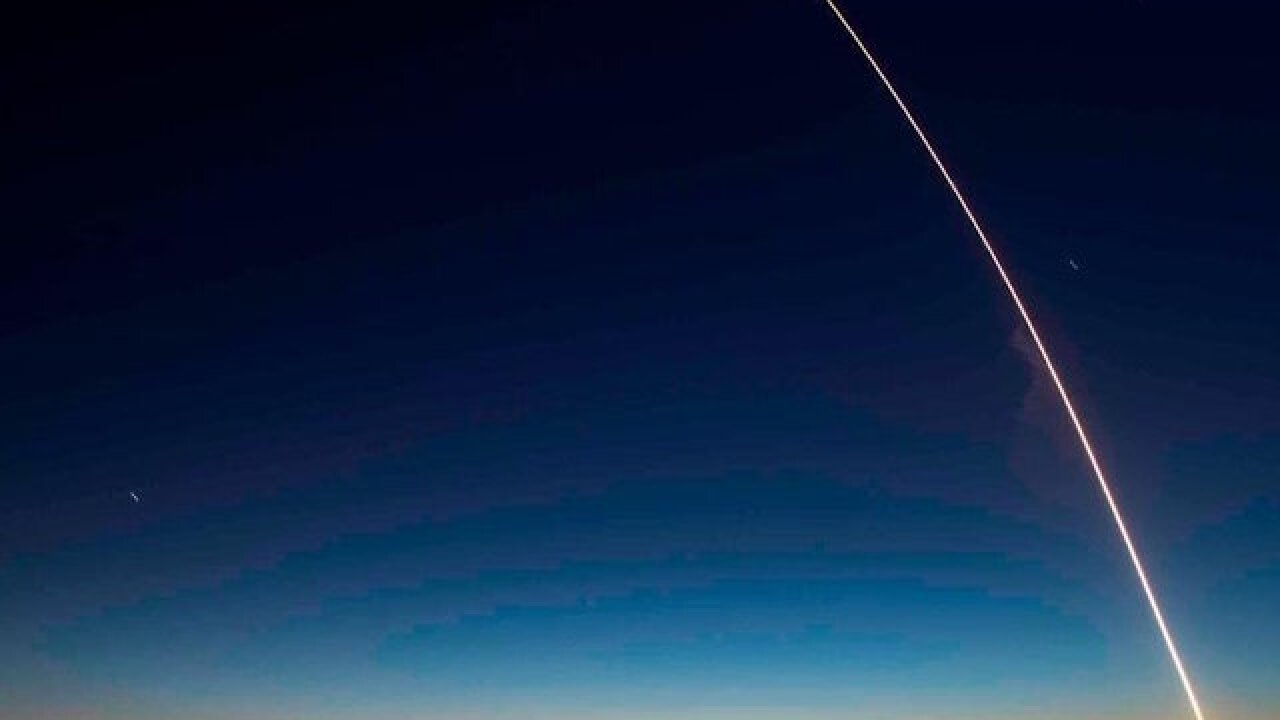 © 2018 Cable News Network, Inc.
Getty Images
<p>The cremated remains of 100 people are going to be launched into space on a SpaceX rocket.</p>

Before 36-year-old James Eberling died in November 2016, he told his parents he had one final wish:

He wanted his remains to be sent into space.

Now Eberling's dream is about to be realized, as his and about 100 others' cremated remains were launched into space Monday in a memorial satellite by the company Elysium Space.

The San Francisco-based company said families paid about $2,500 to have a sample of their loved ones' ashes placed aboard the SpaceX Falcon 9 rocket.

Traveling into space will be the remains of military veterans and aerospace enthusiasts, alongside those whose families were "looking to celebrate a loved one within the poetry of the starry sky," Elysium Space said in an emailed statement.

James' ashes and the others were packed into a 4-inch square satellite called a cubesat, Elysium Space Founder and CEO Thomas Civeit said. Families will be able to track the spacecraft in real-time through an app as it orbits the earth for about four years before it falls back to Earth, according to Civeit.

The launch is part of a "rideshare mission" organized by Spaceflight. The company said it purchased the rocket to accommodate clients, which range from schools to commercial businesses to government entities and international organizations. Sixty-four small satellites from 34 different organizations will be aboard, Spaceflight said.

'May you now soar thru the Heavens'

Eberling was a missile and rocket enthusiast his entire life, his mother Beverly said. He was also an avid photographer, and often went to Vandenberg Air Force Base in California to take pictures of launches.

At the time of his death, James' family was only aware of missions carrying peoples' remains into space after being launched from Cape Canaveral in Florida, Beverly said in a phone interview from Lompoc, California.

But about a month after James died, they discovered Elysium Space, and told the company they would like James' ashes to be launched from Vandenberg AFB. That way, the family could be there.

A sample of James' ashes were put in a small capsule engraved with his initials, JME.

The Eberlings will send a message with him, that reads, "James, you were a grounded Eagle on Earth -- may you now soar thru the Heavens."

The two years since her son's death have been "nerve-wracking" for Beverly. She'd given the company some of her son's ashes, and at one point she was skeptical the mission would actually go forward.

But the Eberlings were patient, and they finally got an email telling them the launch date had been set for November 19, 2018, Beverly said, two years to the day that James died.

The launch has been delayed, but Beverly doesn't mind.

"We're overjoyed to be able to grant him his final wish. and it means a lot to my husband and myself that we're able to do this for him," Beverly said. "And I think that James is very, very happy to finally see that this is going to finally take place."

It won't be the first time someone's earthly remains were sent to be among the stars. In 1998, a small vial of astronomer Eugene Shoemaker's ashes crashed into the moon as part of NASA's Lunar Prospector mission and remains on the surface.

And the ashes of "Star Trek" actor James Doohan, who played "Scotty" on the show, were sent to space among 320 sets of ashes on a mission similar to Elysium's in 2012. Mercury 7 astronaut Gordon Cooper's ashes were on board that flight as well.