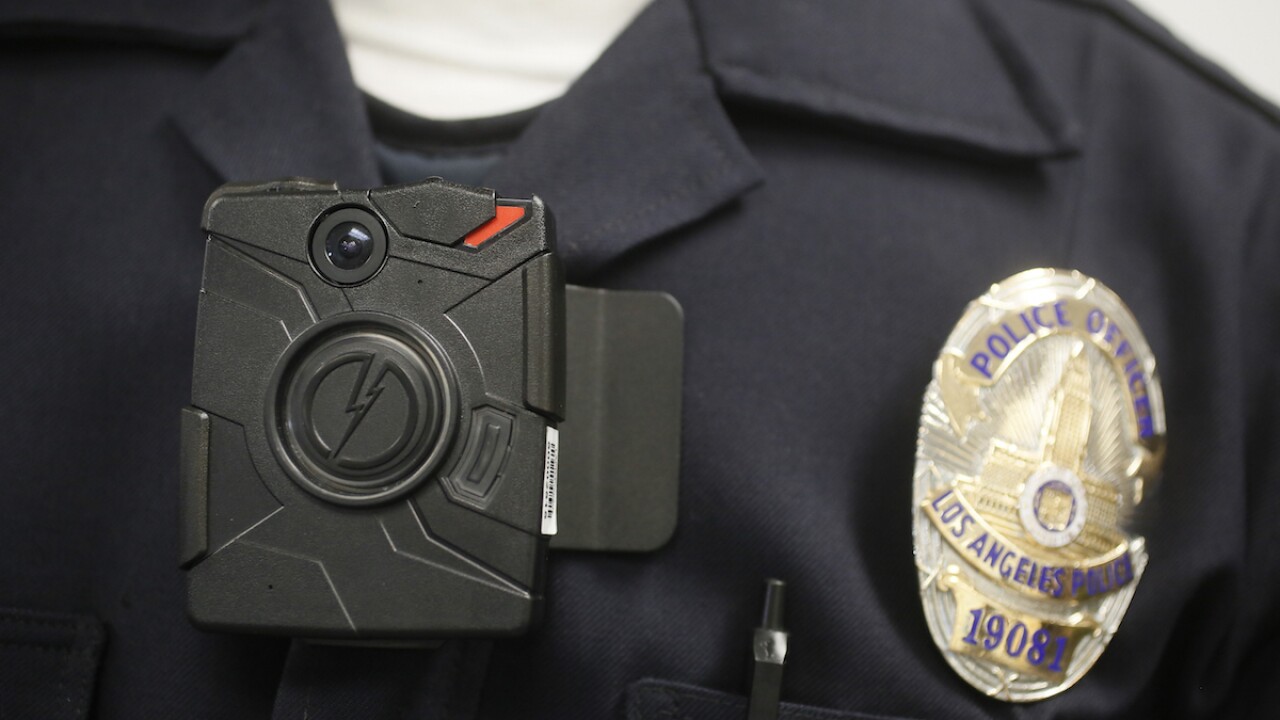 Copyright 2020 The Associated Press. All rights reserved.
Damian Dovarganes/AP
FILE - This Jan. 15, 2014 file photo shows a Los Angeles Police officer wearing an on-body cameras during a demonstration for media in Los Angeles. Governments must bear the costs of redacting police body camera video before making it public, the California Supreme Court ruled Thursday, May 28, 2020, in a decision that was hailed by media organizations but will be costly for cities and counties. (AP Photo/Damian Dovarganes,File)

The decision was hailed by media organizations but will be costly for cities and counties.

Media groups said allowing governments to charge for editing the footage would have threatened public access to all electronic records.

Spokeswomen for the League of California Cities and the California State Association of Counties did not immediately comment.