Couple disgusted when they find hair, pebbles and pennies in smoothie delivered by DoorDash 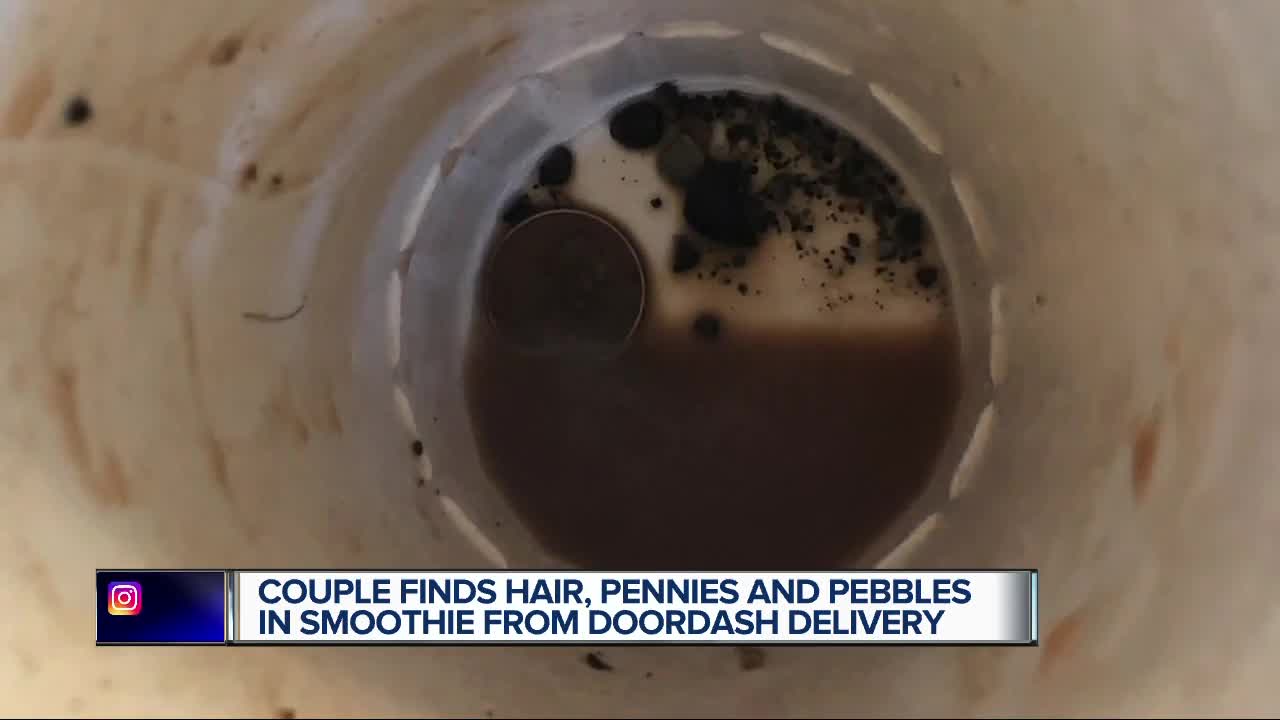 "I was enraged and disgusted," said Gianni Guglielmetti when he and his wife got to the bottom of the smoothie they were sharing Saturday afternoon and found hair, a number of pebbles &amp; two pennies at the bottom. 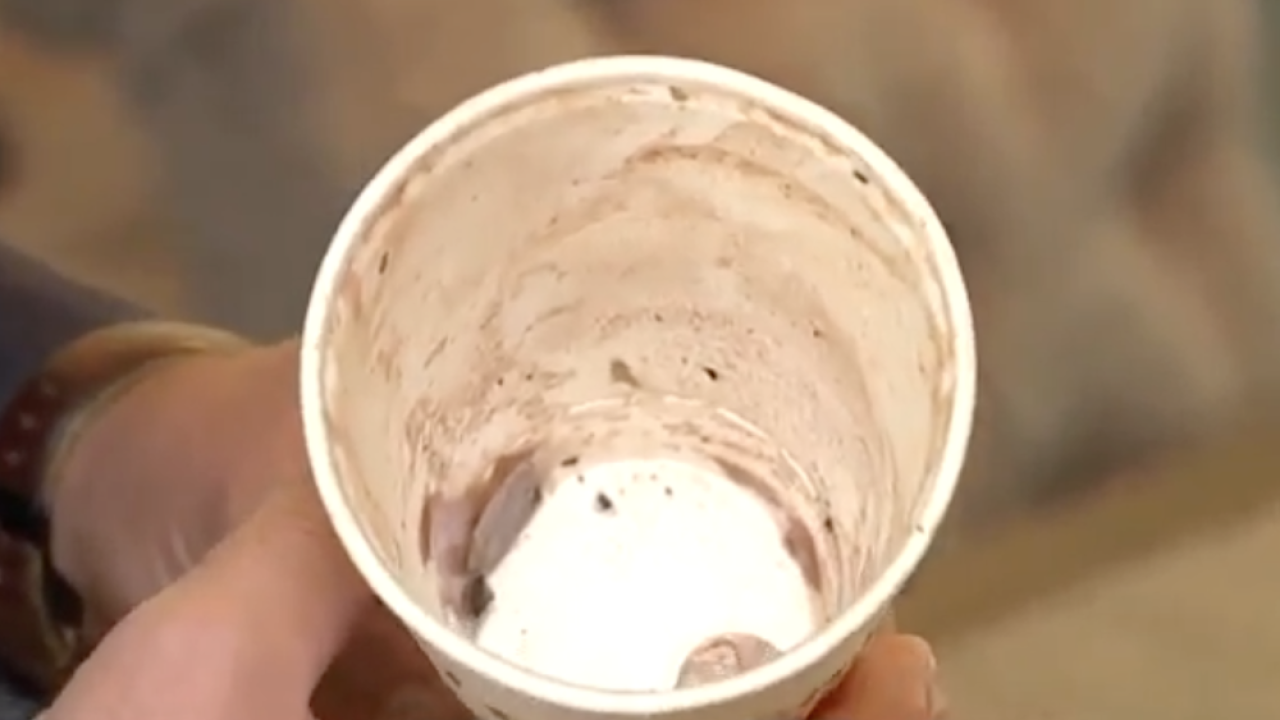 TAYLOR, Mich. — A Michigan man says he became "instantly nauseous" after he says he found hair, pebbles and coins at the bottom of the smoothie he and his wife ordered through DoorDash.

"I was enraged and disgusted," Gianni Guglielmett said.

The smoothie came from the Tropical Smoothie Cafe on Telegraph in Taylor, but Guglielmetti suspects something may have happened to the smoothie during transit to Allen Park High School.

A family friend ordered two smoothies through the food delivery service while they were at the school for a sporting event.

The family friend said she was surprised by how dirty and unkempt the delivery driver's vehicle was when he pulled up.

She said she noticed the two smoothies were just sitting on the passenger side seat without a carrier or a bag, but she didn't notice anything unusual about her smoothie.

However, Guglielmetti said his wife sucked up a pebble as she finished the last of their shared smoothie on the drive home from the sporting event.

They opened the lid and found what they describe as "a number of pebbles," two pennies, and a couple of hairs.

Chelsea McEwen, a general manager at the Tropical Smoothie Cafe in Taylor, said she carefully examined their store surveillance cameras and could see that the smoothies were made correctly.

McEwen said she would be filing a complaint with the DoorDash driver.

DoorDash released the following statement about the situation:

We sincerely regret that this incident fell short of the experience we strive to give our customers every day. We reached out to this customer immediately after being notified of this event. We take the safety of our community and the conduct of Dashers extremely seriously. We have since taken appropriate actions, including deactivating the Dasher from our platform for failing to follow and maintain our standards of food safety.

This story was originally published by Kimberly Craig on WXYZ in Detroit.