Comey says he will testify after legal challenge 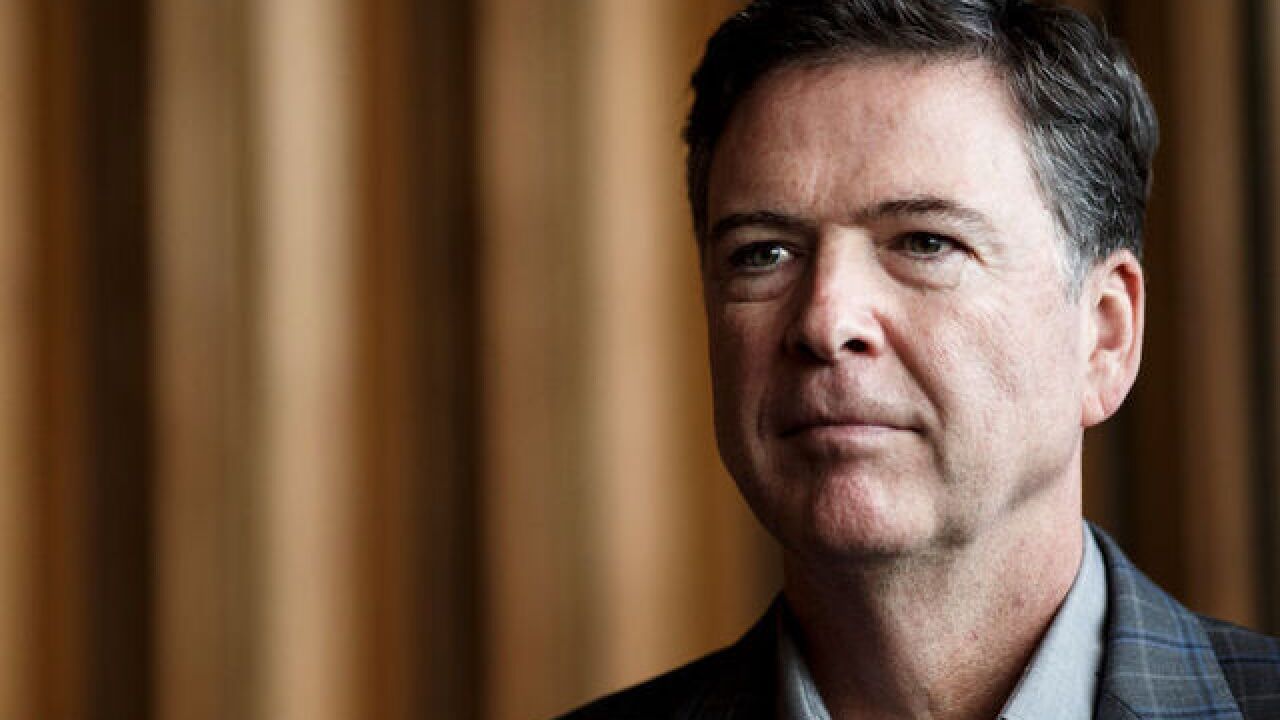 Image copyright 2018 Getty Images. All rights reserved. This material may not be published, broadcast, rewritten, or redistributed.
Carsten Koall
<p>Former FBI Director James Comey talks backstage before a panel discussion about his book "A Higher Loyalty" on June 19, 2018 in Berlin, Germany. </p>

Former FBI Director James Comey said Sunday that he would sit for a private deposition with House Republicans after filing a legal challenge to force a public hearing.

"Grateful for a fair hearing from judge. Hard to protect my rights without being in contempt, which I don't believe in," Comey said in a Twitter post. "So will sit in the dark, but Republicans agree I'm free to talk when done and transcript released in 24 hours. This is the closest I can get to public testimony."

"We'll await it actually happening, but that is what I believe will happen," Goodlatte said.

Comey also moved on Sunday to withdraw his motion to quash the congressional subpoena and said the hearing scheduled for Monday morning on the matter does not need to happen.

Comey's attorney, David Kelley, told CNN that the former FBI director has agreed to sit for a voluntary interview on Friday under a set of conditions.

As Comey indicated in his tweet, he will receive a transcript of his testimony and will be free to make public all or part of the transcript as well as any of the questions asked during the interview, Kelley said. In addition, so long as the interview proceeds voluntarily, an FBI representative will be present to give advice about the disclosure of FBI information, he said.

Based on the agreement, Comey was withdrawing his legal motion, and the committee would withdraw its subpoena, Kelley said.

Sunday's announcement came after both sides appeared in court on Friday as Comey sought to testify in a public setting rather than behind closed doors.

Goodlatte and other House Republicans have been investigating the FBI and Justice Department's handling of separate probes into Hillary Clinton's email practices and Russian interference in the 2016 election, and with just a few weeks left before he leaves Congress, Goodlatte has moved to compel testimony from Comey and former Attorney General Loretta Lynch.

Comey pushed back on the subpoena after he received it last month, saying he would be willing to testify in a public setting but did not believe a private interview would be proper.

Goodlatte said Wednesday that he had told Comey they would release the transcript of his testimony and pressed for the former FBI director to submit to the interview.

"I have just offered to Director Comey that the Committees will publicly release the transcript of his testimony following the interview for our investigation," Goodlatte wrote on Twitter. "This ensures both transparency and access for the American people to all the facts."

On Thursday, Comey moved to quash the subpoena and maintained that House Republicans would selectively leak his testimony. But ahead of an expected ruling, he said Sunday that he would submit to the interview and touted the offer of a transcript release.