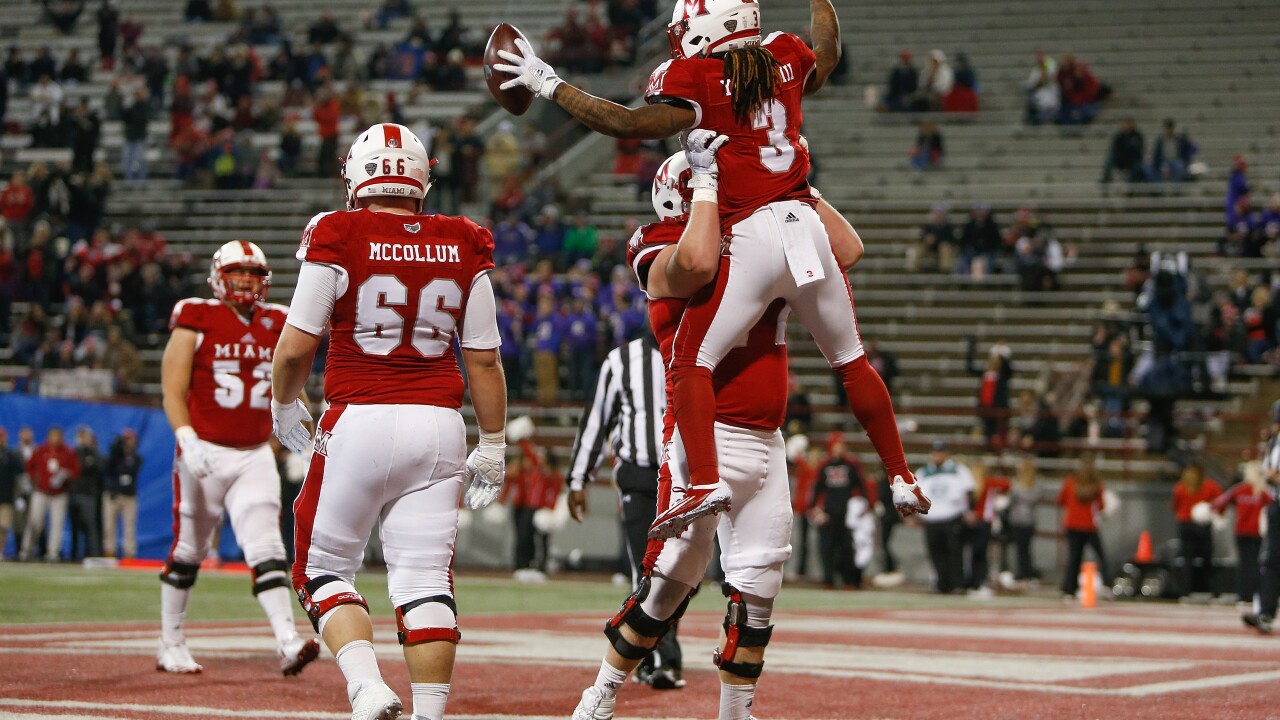 The student newspaper on the campus of Miami University in Oxford, Ohio is shedding light on how much in student fees the school is spending in order to retain its football program status.

"The Miami Student" reports an average of 10,000 tickets per football game were being bought by the school to keep it from falling out of the Football Bowl Subdivision (formerly called Division I-A). The NCAA requires each school in the FBS to average at least 15,000 in actual or paid attendance per game.

The FBS is the most competitive subdivision of NCAA Division I. Its players usually make up the majority of those in the annual NFL Draft.

The word "paid" in the football game attendance requirement allows the school the opportunity to buy up the tickets and not be required to have actual attendance, "The Miami Student" reports. So, it's legal.

• In 2016, Miami of Ohio had an average of 12,531 tickets bought by the athletic department per game

Miami's athletic department bought nearly 59,000 of the tickets to five home games at Yager Stadium in the 2018 season, The Miami Student reports.

Empty seats are a growing problem for college football, according to The Wall Street Journal. The newspaper cited a football game between Minnesota and Nebraska at TCF Bank Stadium in 2017 in which the announced attendance was nearly 40,000, but fans counted at the gates totaled fewer than 25,500.

More than 14,000 people who bought or got free tickets did not attend.

When a person sees an announced attendance number, he should consider that about 71 percent of that is the actual number.

Some schools are so desperate to show a higher attendance number they will count ushers, concession workers and security guards, the WSJ reports.

Navy is the only college football team that uses an actual turnstile count to announce its attendance.