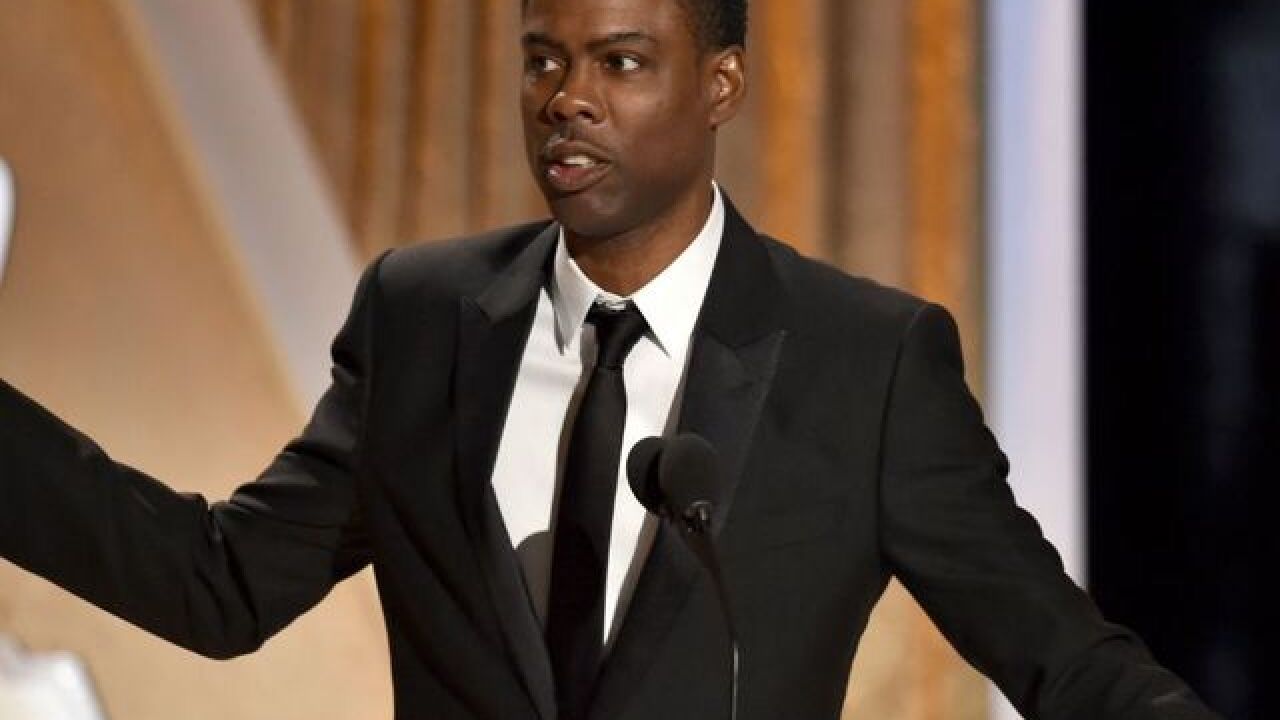 By: Mina Abgoon
Posted at 6:16 PM, Feb 28, 2016
In a somewhat expected move, host Chris Rock opened up the 88th Academy Awards by making light of a sensitive topic – one that’s largely dominated discussions about this year’s show: Race.
And he wasted no time.
Kicking off his monologue with, “Man, I counted at least 15 black people in that montage,” the actor dove in to the controversy immediately.

.@chrisrock is going all out in his #Oscars opening monologue. #OscarsSoWhite pic.twitter.com/nkZA8izchy

That controversy surrounds a lack of diversity in the show, which has now seen all white nominees for the second year running. Twitter quickly lit up with the hashtag #OscarSoWhite, and some invitees – such as Will Smith and Spike Lee – have even boycotted the show.
“When your grandmother’s swinging from the tree, it’s really hard to care about best documentary foreign short," Rock said toward the beginning of his monologue.
“It’s not fair that Will Smith was this good [in ‘Concussion’] and didn’t get nominated,” he continued. “It’s also not fair that Will was paid $20 million for ‘Wild Wild West!'"
In a statement that ignited the loudest cheers from the audience, Rock joked that this year’s usual “in memoriam” package would instead be replaced by “black people shot by the cops on their way to the movies.”
With his quick wit and no-mercy attitude, the comedian and actor seemed to win over the audience right away.

This #ChrisRock monologue is more effective than boycotting the #OscarsSoWhite

And the Oscar for best opening monologue goes to ... #ChrisRock #Oscars2016

#ChrisRock slays me every time! #Hilarious