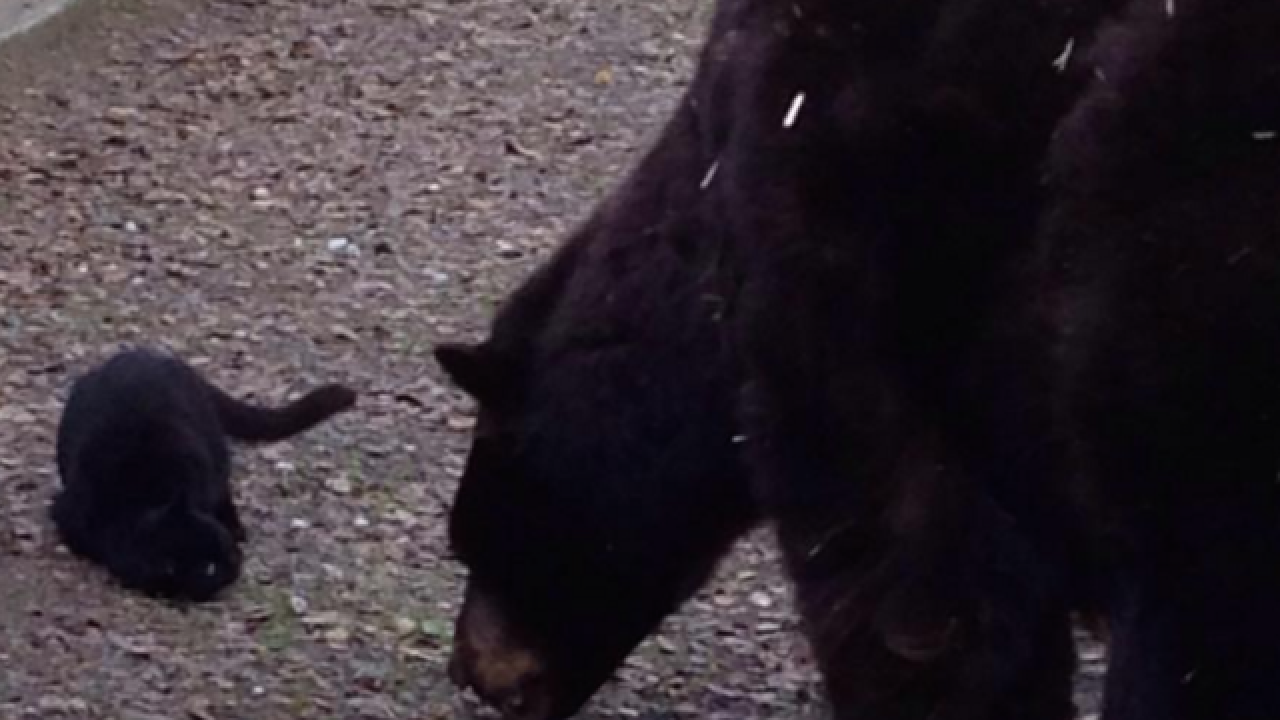 At the Folsom City Zoo in Folsom, Calif., an unlikely friendship has formed between a feral cat that slipped into an exhibit at the zoo featuring a bear. The zoo has given the cat a nickname "Little Bear."

According to KXTV-TV, the cat appeared several months ago, and has since called the exhibit her home.

The bear, who has the uniquely Californian name Sequoia, weighs 550 pounds. The two animals apparently enjoy sitting in the shade and enjoying each other's company.

"Sequoia walks right by her, she'll walk right by Sequoia and they'll stay pretty close to each other," Faust told the station.