Caravan migrants may have to wait 6 weeks at border to claim asylum, official says 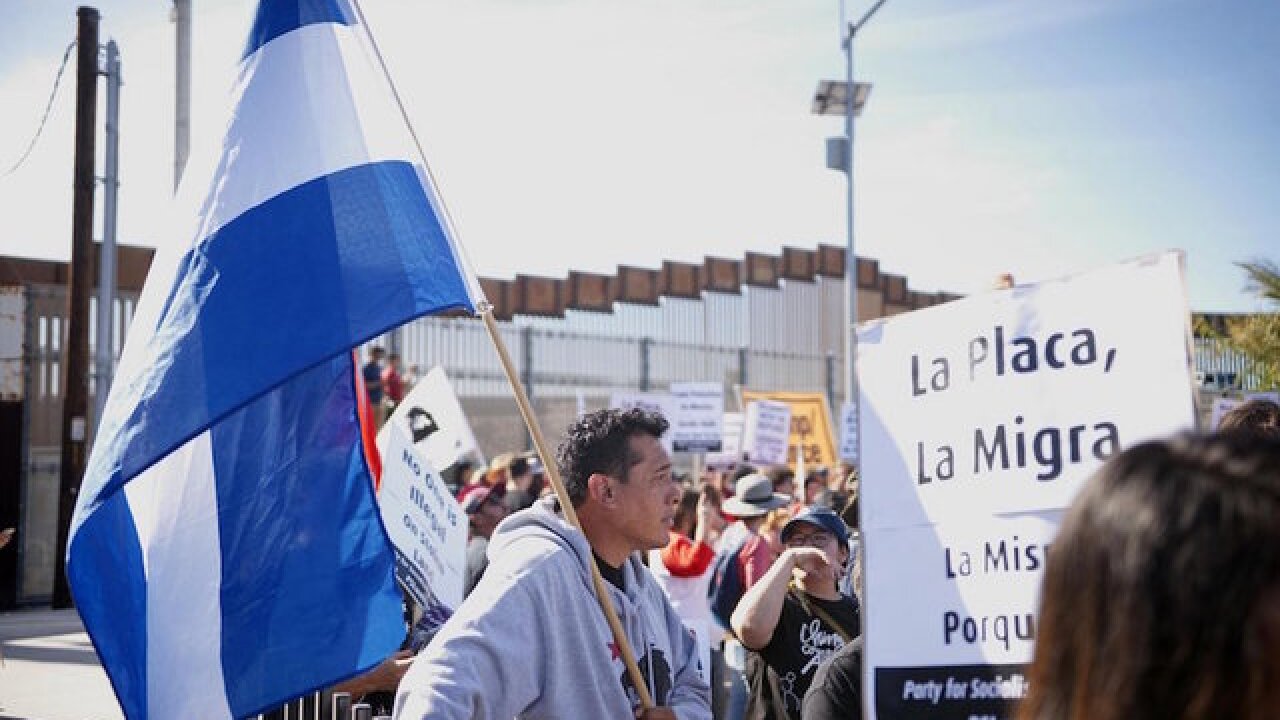 © 2018 Cable News Network, Inc.
Sandy Huffaker/AFP/Getty Images
<p>Members of the migrant caravan traveling through Mexico may have to wait up to six weeks at the US-Mexico border before they begin to seek asylum in the United States, a senior Customs and Border Protection official said Tuesday.</p>

Members of the migrant caravan traveling through Mexico may have to wait up to six weeks at the US-Mexico border before they begin to seek asylum in the United States, a senior Customs and Border Protection official said Tuesday.

"Upon the caravan arrival, by virtue of the folks that are, again, here already lawfully presenting themselves, we estimate that the first arrivals of the caravan will get processed in about five or six weeks of presenting themselves here," Customs and Border Protection Deputy Commissioner Robert Perez told CNN in an interview at the San Ysidro, California, port of entry.

Tensions on the border have been running high following the groups' extensive trek to the US -- with President Donald Trump citing incidents over the weekend as part of his desire for Congress to fund a border wall.

On Sunday, a peaceful protests turned to chaos as migrants coming from Tijuana, Mexico, were met at a pedestrian border crossing by Mexican police who were looking to block them, according to San Diego Union-Tribune reporter Wendy Fry.

"Frustrations kind of started to rise. It definitely got more heated ... and then people just started running in all different directions," Fry told CNN.

Customs and Border Protection officials said protesters then pushed past the Mexican police barricade, and as they attempted to cross the US border, CBP officials used tear gas to disperse the group -- which included families with young children.

Anytime there is a use of force incident on the border, including non-lethal methods, an internal review is done to determine that all policies are followed.

"Because I anticipate this chain of events could easily happen again at any minute, I actually asked for an expedited review of the use of force," said San Diego sector Chief Patrol Agent Rodney Scott.

Perez said the officers who deployed the tear gas are trained and certified to do so, and added that those individuals attempting to cross the border were throwing rocks and other projectiles at the border patrol agents.

"It was a very dynamic and very dangerous situation," Perez said. "It is very unfortunate ... that we had a situation where folks who were particularly vulnerable -- children and females -- chose to immerse themselves in that type of an unlawful activity."

On Monday, Tijuana Mayor Juan Manuel Gastélum said although he was "a little bit mad" when people would take their children and put them in a dangerous environment, he did not condone the use of force by the US.

"I cannot agree on the use of force, not even that type of force that is tear gas or rubber bullets," he said.