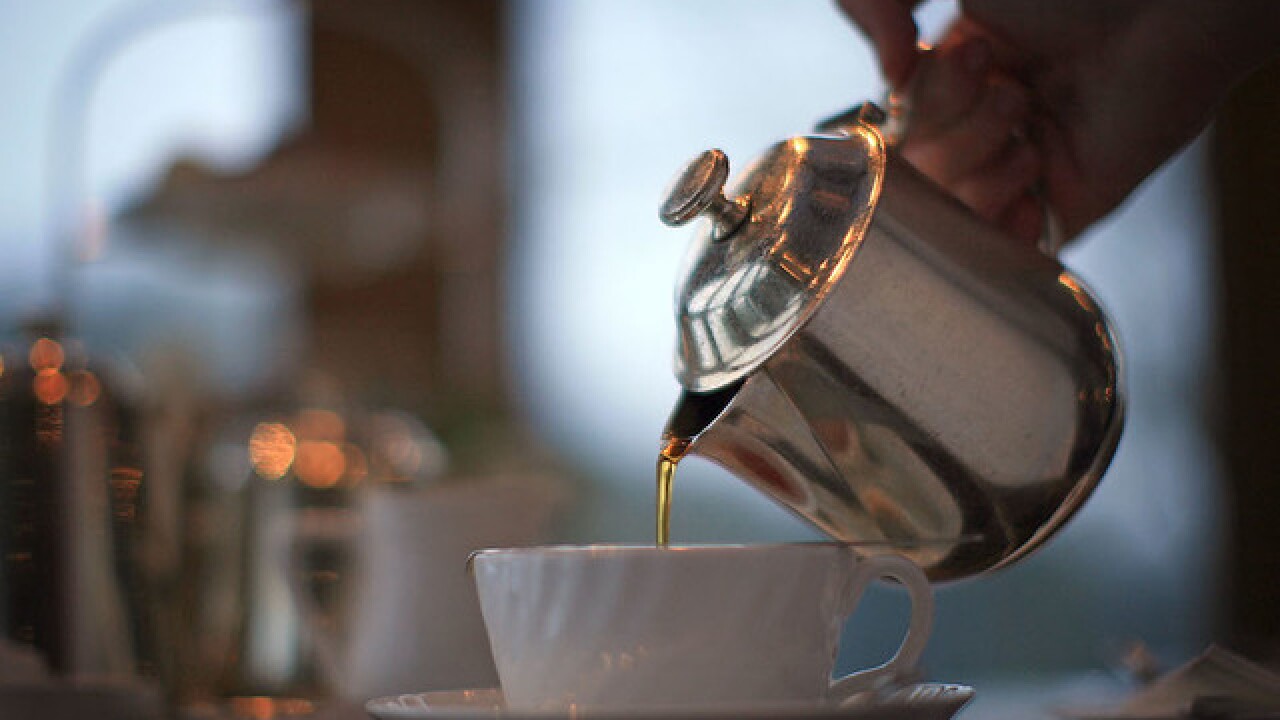 Copyright Getty Images
Christopher Furlong
<p>on February 12, 2009 in Harrogate, England. The family owned company Taylors of Harrogate have been producing it's blends of teas and coffee since 1886 and serving it's products at the famous and traditional Bettys Tea Shops. Despite recent increases in the price of tea and the surge of coffee shops, the 'cuppa' is proving to be as popular as ever with bookings in Britain's discerning tea rooms being made weeks in advance. Consumption also increases during a recession as tea lovers take solace drinking tea.</p>

A San Francisco woman died on Saturday after health officials said she ingested a toxic herbal tea she purchased at a local shop, The Chronicle reported.

The Chronicle reported that a man was also hospitalized from the same type of tea from a separate purchase.

Yu-Ping Xie, 56, purchased the tea from the Sun Wing Wo Trading Co. Xie was said to have been experiencing weakness and an abnormal heart rhythm that required resuscitation shortly after consuming the tea.

Aconite has been used medicinally to improve circulation, but also has a history of causing damage to the heart. The FDA considers aconite to be a poisonous substance.

Health officials said that anyone who has purchased the tea should dispose of it immediately.