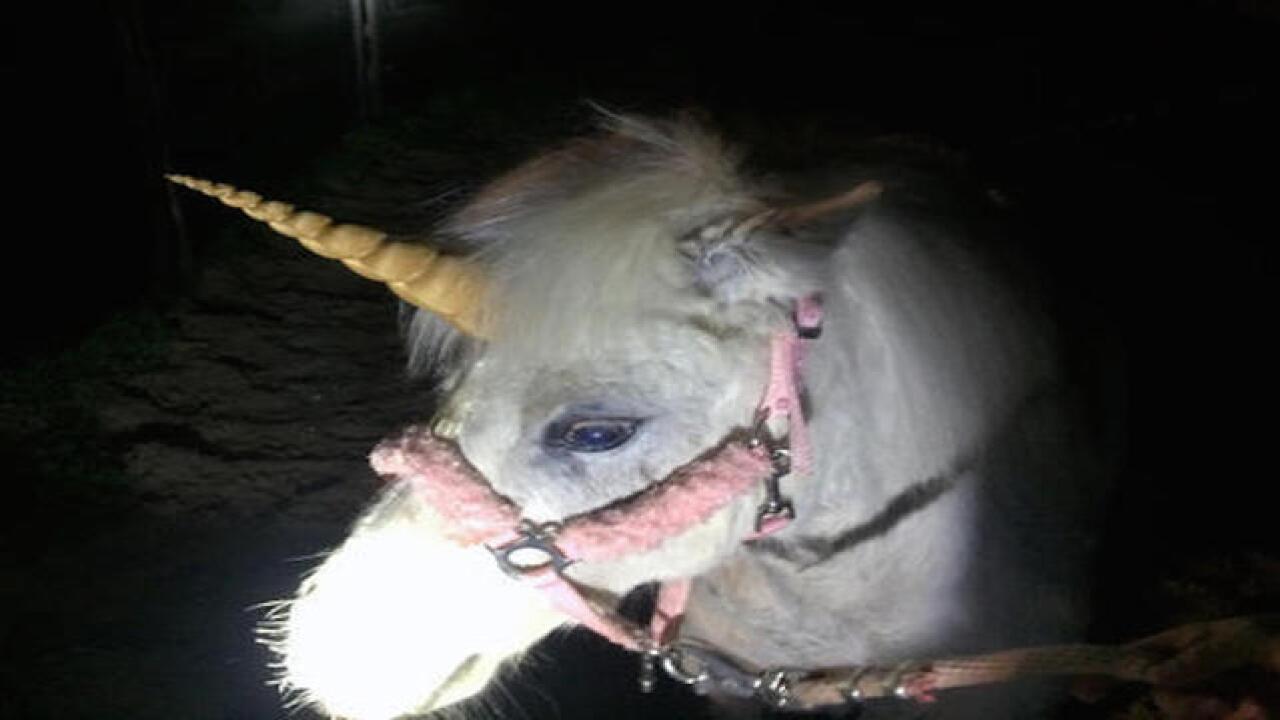 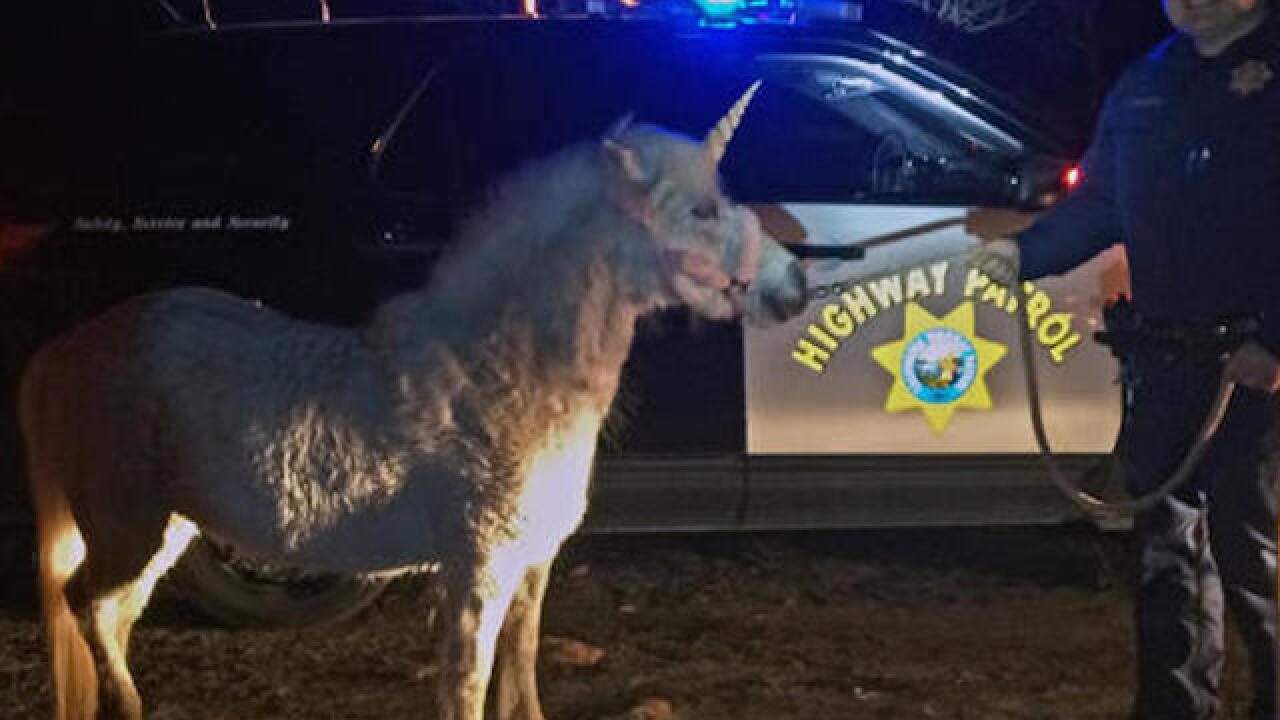 MADERA, Calif. (AP) — The calls coming into a California Highway Patrol office were alarming: A tiny unicorn was running down a road.

A not-so-mythical white pony named Juliette who wears a fake horn for photo sessions was illuminated by a CHP helicopter Wednesday in an orchard and Madera Ranchos resident Renee Pardy used another horse to lead it out.

The ersatz unicorn's owner, 5-year-old Tatum Boos (Bohs), says Juliette was given a timeout for being a bad pony.