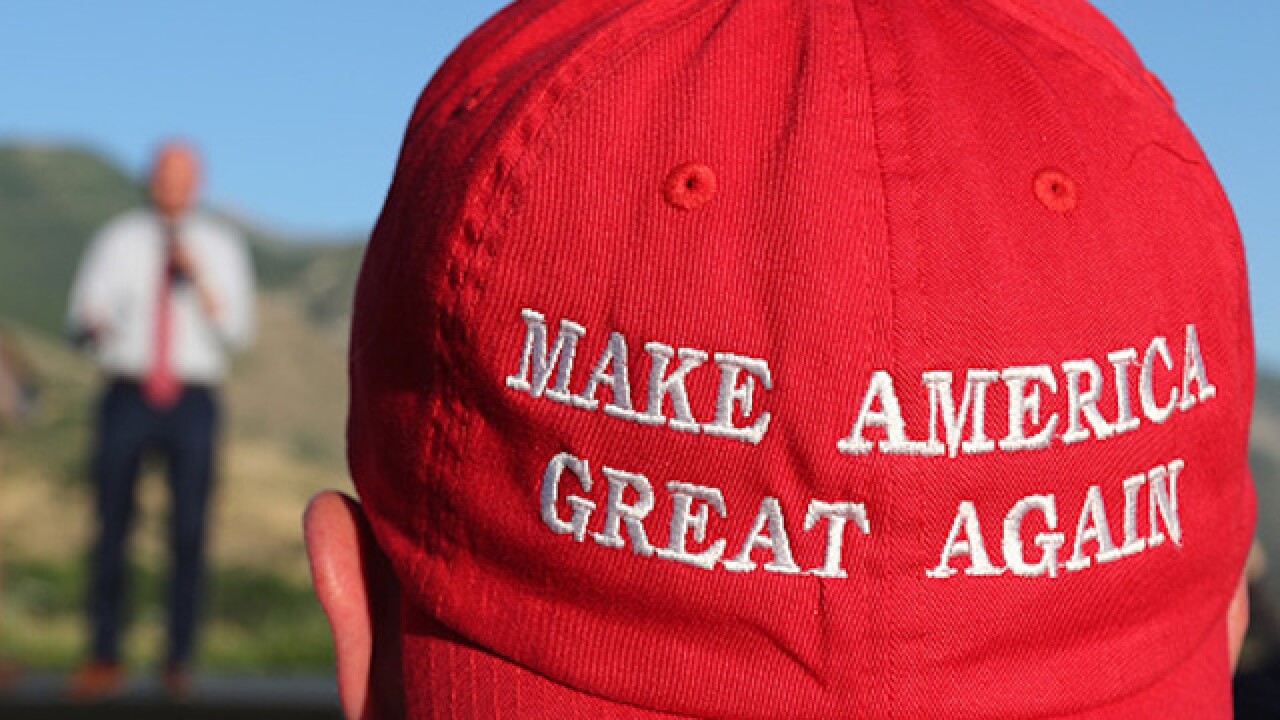 Image copyright 2018 Getty Images. All rights reserved. This material may not be published, broadcast, rewritten, or redistributed.
George Frey
<p>OREM, UT - JUNE 26: A Romney supporter listens to a speaker as he wears a "Make America Great Again" hat at the Mitt Romney election party on June 26, 2018 in Orem, Utah. It is primary election day in Utah and Romney is running for the Utah U.S. Senate seat of Senator Orin Hatch who is retiring. (Photo by George Frey/Getty Images)</p>

A California high school student has been charged with two counts of battery stemming from a fight involving a Donald Trump "Make America Great Again" cap, according to KOVR-TV

Cell phone video of the fight shows a Union Mine High School student confronting and yelling at a fellow student wearing a red MAGA hat in support of President Trump. After yelling at her classmate, she reportedly grabbed the hat off his head and threw it on the ground and left the classroom, according to the El Dorado Sheriff's Office .

The student later returned to the classroom and again removed the student's hat. The teacher escorted the girl out of the classroom, and she reportedly slapped him on the arm as he led her out.

A school resource officer arrested the girl in the hallway. She was taken to a local juvenile detention center and suspended from school, according to KTXL-TV .

The girl was charged with two counts of battery, once against the student with the MAGA hat, the other against the teacher.

"“…student and staff safety is our highest priority and the UMHS administration will continue to cooperate with the El Dorado County Sheriff’s Office as the incident is being investigated,” the school said in a statement, according to KTXL.