California could be 1st state to sell prescription drugs 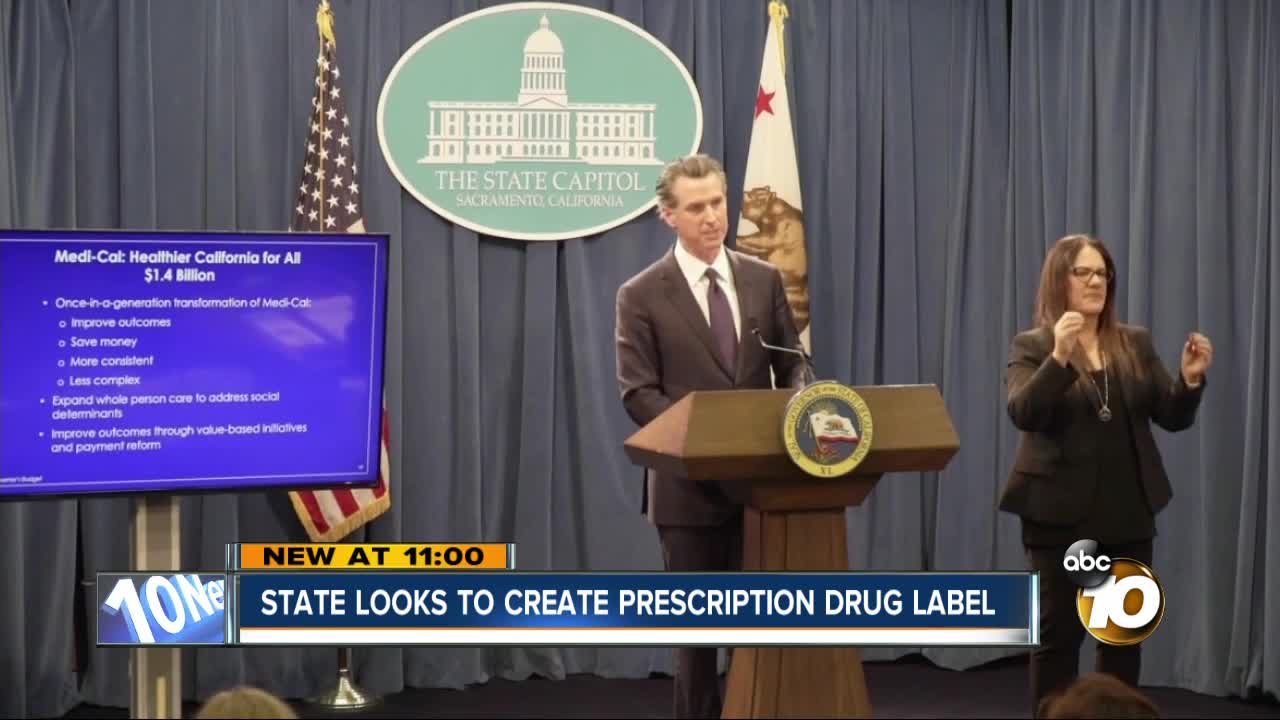 Gov. Newsom's proposal also would create a single market for drug pricing in California, with companies having to bid to sell their medicine at a uniform price. 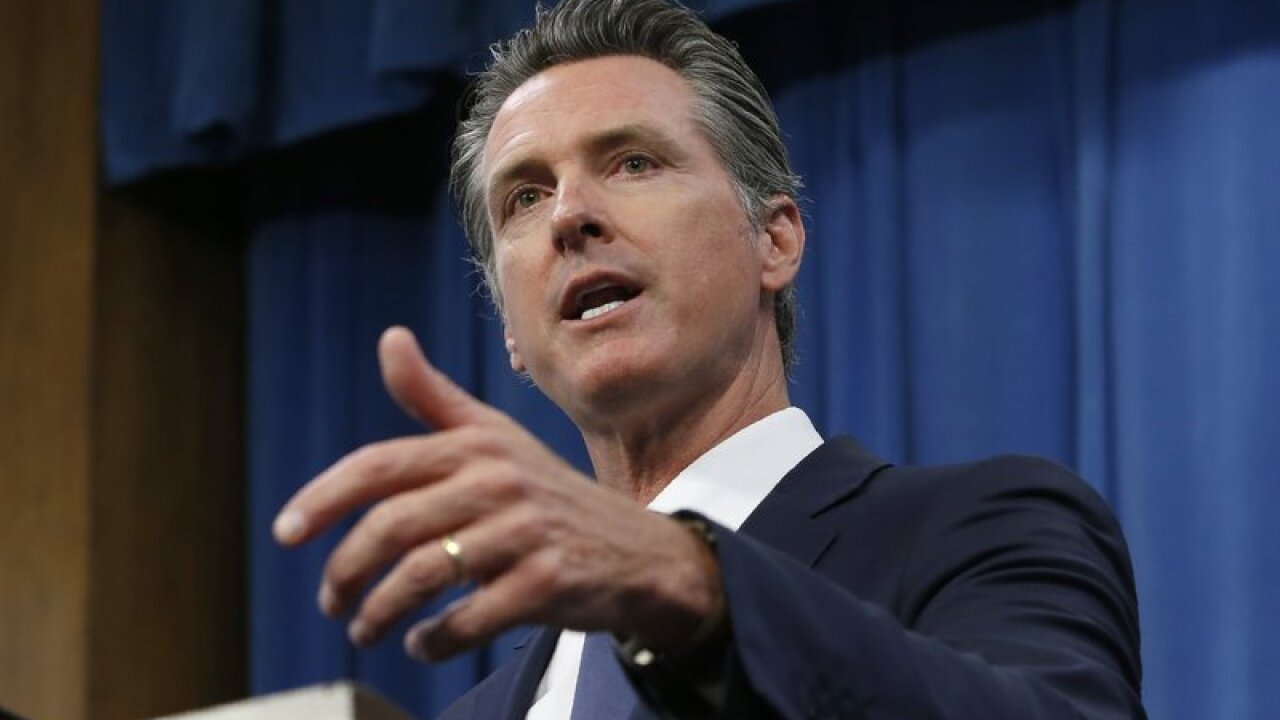 SAN DIEGO (KGTV) -- As Gloria Rickerd flipped through the pages of her wedding album in her Mira Mesa home, she said the chemotherapy medications her husband takes has kept him alive longer than doctors anticipated.

But like many Americans -- nearly one in eight, according to a recent Kaiser Family Foundation study -- she thinks the cost of those drugs is unreasonable.

"I walked into the pharmacy at UC San Diego, and they looked at me said that will be $570. It was like four or five pills," she said. "It’s like, ok so, this is what you want me to pay and if I can’t do that, I guess he’ll just die?"

On Friday, Gov. Gavin Newsom laid out several healthcare proposals designed to lower prescription drug costs, including a plan to make California the first state to make its own generic prescription drugs.

The Democratic governor wants the nation’s most populous state to contract with generic drug companies to make medications on its behalf so it could sell them to its nearly 40 million residents. The goal is to lower prices by increasing competition in the generic drug market, Newsom said.

The state is still determining which drugs it will manufacture, but Newsom hinted that insulin was "top of mind."

His proposal also would create a single market for drug pricing in California, with companies having to bid to sell their medicine at a uniform price. One expert said that piece would have the bigger impact.

"Other countries control or negotiate the price of drugs, and if there is one state that could do it, it’s California, which is the size of a country,” said Larry Levitt, executive vice president of health policy for the Kaiser Family Foundation. “A drug company could walk away from Rhode Island. It’s much harder to walk away from California.”

Lawmakers would have to approve the proposals before they could become law. A legislative leader in charge of reviewing the plan gave a tentative endorsement Thursday.

“If Costco can have a Kirkland brand, why can’t California have our own generic brand?” said Democratic Assemblyman Joaquin Arambula, an emergency room doctor from Fresno who chairs the House Budget Subcommittee on Health and Human Services. “I really do think there is quite a bit of merit in having us produce the medications."

A representative from the Association for Accessible Medicines, which represents generic drug manufacturers, did not respond to a request for comment.

"I have more questions than I do have answers," said Tatiana Fassieux of California Health Advocates. "It is a very good first step but I would not see any end result coming up soon because it is going to take time."

The drug plan is part of Newsom’s budget proposal, which he presented to lawmakers Friday.

Newsom’s office did not say how much the drug proposal would cost, prompting criticism from some Republican lawmakers who said the state should not compete with private companies.

“When the state runs it, it costs more money,” said Republican Assemblyman Devon Mathis, who’s also on the health subcommittee. “The money is coming out of families’ pockets paying all those crazy taxes.”

California law requires drug companies to report any price increases to the state. Generic drugs saw a three-year median increase of 37.6%, according to a report from the Office of Statewide Health Planning and Development. That analysis was based on the list prices of the drugs and did not include discounts or rebates.

But the report doesn’t include generic drugs that decreased in price because companies are not required to report that. Nationally, generic drug prices have been decreasing overall, according to a report that AARP produced with the University of Minnesota.

Supporters say California’s generic drug label could help lower the cost of a common drug that has steadily increased in price — insulin for diabetes patients. Three drug companies control most of the market for insulin.

“Consumers would directly benefit if California contracted on its own to manufacture much-needed generic medications like insulin — a drug that has been around for a century yet the price has gone up over tenfold in the last few decades,” said Anthony Wright, executive director of Health Access California.

Jon Roth, CEO of the California Pharmacists Association, said the state might be surprised, however, at how much it ends up charging for its own generic drugs because of factors beyond its control, including raw material shortages and disruptions in the supply chain.

“There are other factors in the actual manufacturing that the state may not be able to escape,” he said.

While most Americans get generic prescriptions, they only account for a small part of the total drug spending in the U.S. That’s because unlike the name-brand drug market, generics are very competitive, said Jeff Joyce, chairman of the Department of Pharmaceutical and Health Economics at USC’s School of Pharmacy.

"What he is proposing to do would help in specific cases, but it’s not a panacea by any means,” Joyce said.

The proposal is another step in Newsom’s effort to overhaul California’s prescription drug market. Last year, in one of his first acts in office, Newsom ordered the state to take over the Medicaid program’s prescription drug benefits, which affects 13 million people.