Police in riot gear in standoff in Baton Rouge 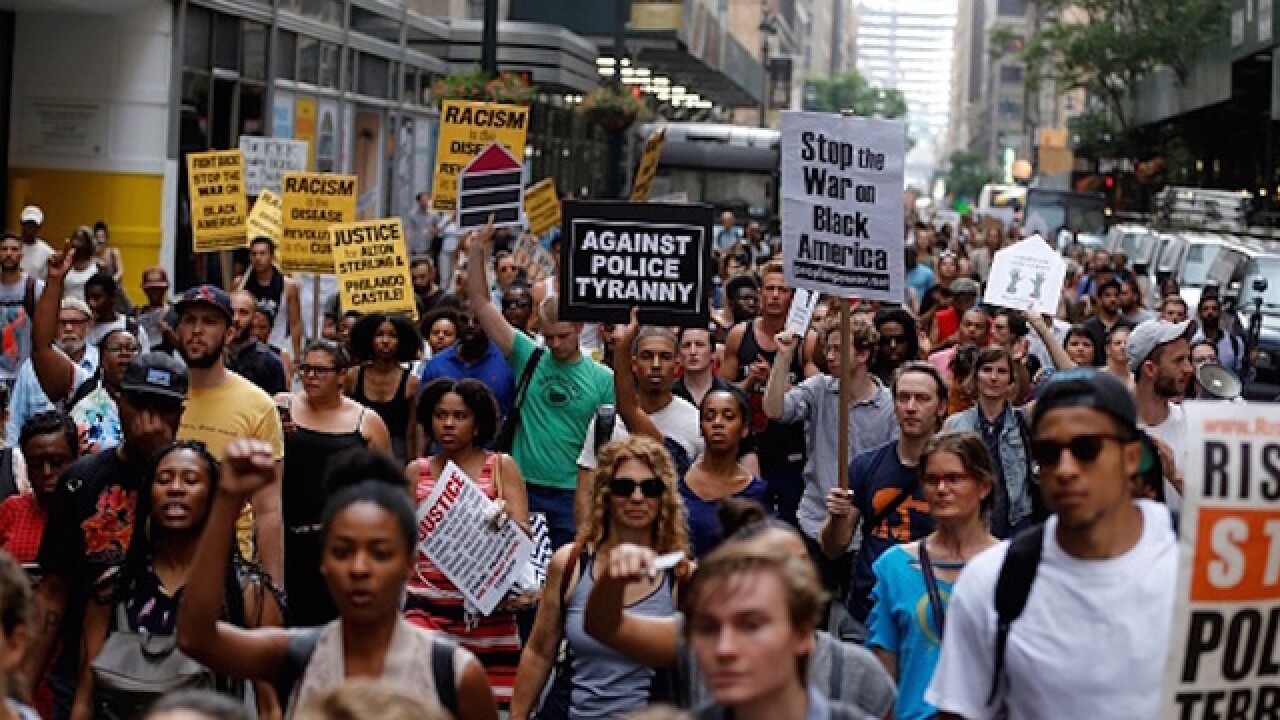 In the wake of a deadly march in Dallas Thursday that left five police officers killed, protesters across the nation participated in Black Lives Matter rallies Friday night in response to a pair of officer-involved shootings earlier in the week.

After staying away from downtown in recent nights, protesters in Baton Rouge, La. opted to take their frustrations to police headquarters. They were met with police in riot gear, as police tried to keep demonstrators out of traffic.

Alton Sterling died on Tuesday in a parking lot in Baton Rouge. Sterling died outside of a convenience store after Officer Blane Salamoni shot him several times.

Salamoni has not been charged.

As the sun set over Atlanta, thousands of demonstrators stared down officers trying to prevent the protesters from blocking I-75 through the heart of the city. More than 100 officers are lined up on the ramp leading to the interstate, blocking protesters from reaching the highway.

The protesters earlier in the evening protested outside of CNN headquarters, before moving a few blocks away to the on ramp.

Rallies are also taking place Friday evening near the White House in Washington. President Barack Obama is currently not at the White House, but is cutting short a weekend trip to Europe following this week's violence across the nation.