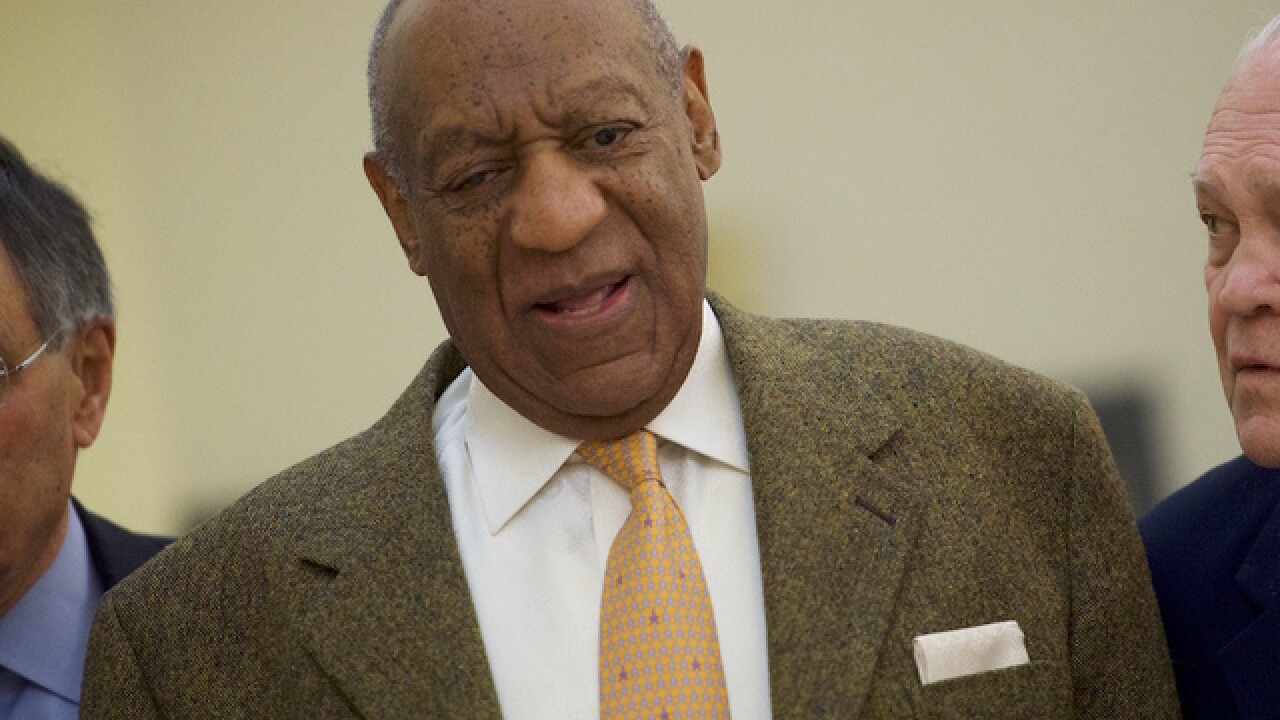 Copyright Getty Images
Mark Makela
<p>NORRISTOWN, PA - APRIL 12: Bill Cosby walks towards the courtroom after a break in the Montgomery County Courthouse on the fourth day of his sexual assault retrial on April 12, 2018 in Norristown, Pennsylvania. A former Temple University employee alleges that the entertainer drugged and molested her in 2004 at his home in suburban Philadelphia. More than 40 women have accused the 80 year old entertainer of sexual assault. (Photo by Mark Makela/Getty Images)</p>

Andrea Constand, the key witness in the retrial of Bill Cosby on indecent assault charges, testified Friday morning that she drank wine and took three blue pills at Cosby's urging in January 2004, then lost consciousness and, sometime later, was "jolted awake" to find the entertainer sexually assaulting her.

"Were you able to verbalize and tell him to stop?" state prosecutor Kristen Feden asked Constand.

"No," she replied. "I wanted it to stop. I couldn't say anything. I was trying to get my hands to move, my legs to move and the message just wasn't getting there. I was weak, I was limp and I couldn't fight him off."

Constand's testimony came on the ninth day of Cosby's retrial on three charges of aggravated indecent assault. He has pleaded not guilty.

Leading up to Constand's recollection of the alleged assault, the former Temple University employee traced her relationship with Cosby, whom she said she met while handling operations of the school's women's basketball team. Cosby was an active Temple alumnus.

Constand offered brief details of seven social encounters she had with Cosby before the alleged assault, including one in which she said he put his hand on her thigh and another when she said he tried to "unbutton my button on my pants."

"I mentioned that I wasn't here for that, and he respectfully stopped and we never talked about it again," Constand said of the latter incident. "He got the picture."

After that encounter -- but before the early 2004 incident -- "I had no question about my ability to fend off a person that was hitting on me or making a sexual advance on me," Constand testified.

Constand began her testimony Friday as prosecutors this week opened their case: by acknowledging that Cosby paid Constand $3.38 million as part of a civil settlement. She said she has no further legal action pending against Cosby, who, in that case, admitted he got prescription sedatives to give to women with whom he wanted to have sex.