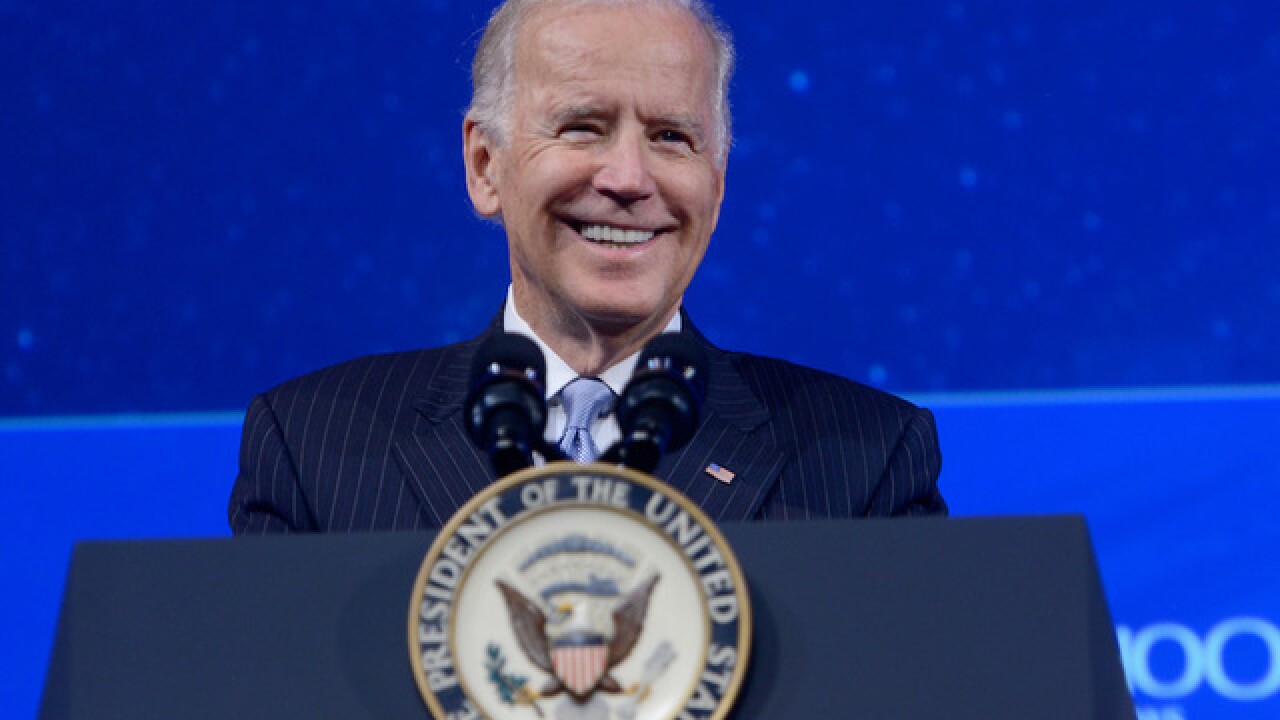 Former Vice President Joe Biden is clearly leaving the door open to running for president in 2020, saying in an interview published Wednesday he hasn't ruled it out.

"I haven't decided to run," he told Vanity Fair. "But I've decided I'm not going to decide not to run. We'll see what happens."

He said that the decision would be hard on his family.

"It's hard," he added. "You don't run by yourself. Your family is totally implicated. They become news; they become fodder."

He said that if his late son Beau hadn't fallen ill, he would have ran for President.

"No question," he said in the interview. "I had planned on running, and I wasn't running against Hillary or Bernie or anybody else. Honest to God, I thought that I was the best suited for the moment to be President."

Assessing the current administration, he said that President Donald Trump gets in his own way in the path to improve the United States.

"We are so well positioned to own the 21st century -- Jesus, God! -- if we just get out of our own way. The rest of the world is not a patch on our jeans. I mean, jeez, we have problems, but holy mackerel!"

He also said Trump is not only "self-referential and uninformed," but also a threat to the very foundations of the country.

"This sounds corny," he said, "but everything the founders did was to erect institutions that made it more difficult to abuse power. That's why they have three different branches of government. And what really worries me about this administration is the frontal attack on those institutions that, if they were lost, makes the abuse of power so much more available."

Biden's recent speeches, interviews and activities have left many wondering what exactly the former vice president's future plans may be.

Biden has been busy lately campaigning for fellow Democrats running for office in Virginia and New Jersey, endorsing statewide candidates across the country and criticizing the current commander in chief when speaking to groups at universities, events and stops on his book tour.

He has cast Trump as racist, told an LGBT crowd that "we have a hell of a lot of work to do" and tweeted at Trump that "this has to stop."

"Once again, we are living through a battle for the soul of the nation -- a battle I thought was done and won," Biden said in late September in South Carolina.

He's also participated in recent events alongside Republicans. Last week, he awarded Arizona Republican Sen. John McCain with the National Constitution Center's Liberty Medal in Philadelphia. The next day, he invited Ohio Gov. John Kasich -- one of Trump's most vocal Republican critics -- to the Biden Institute at the University of Delaware for a discussion about bipartisanship.

"We have a President who does not understand governance," Biden said at the event alongside Kasich. "It is absolutely bizarre."

While sources close to him say it is still too early to know if all this is laying the groundwork for a 2020 run, it's clear Biden is deeply concerned with the direction of the country under Trump and wants to have a voice in countering Trump, those people said.

"We take it one day at a time," Biden's wife, Jill Biden, said while in Charleston, South Carolina, last month.