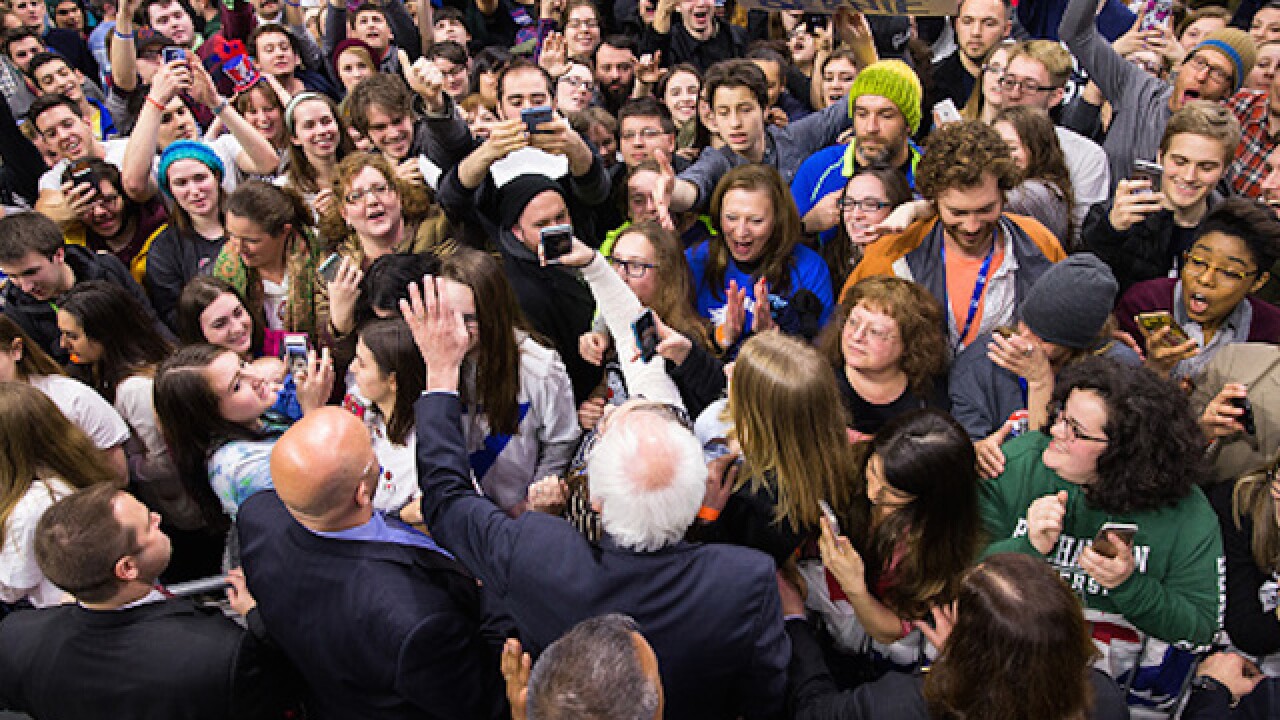 Clinton secured the commitments of enough delegates to win the party's nomination on the eve of voting in California, New Jersey and four other states, according to an AP count.

She now has the support of 1,812 pledged delegates won in primaries and caucuses, and the support of 571 superdelegates — or the 2,383 needed to become the presumptive nominee.

During a Monday evening rally in San Francisco, Sanders didn't mention the news that Clinton had reached the milestone. But from the stage of the rally and among the more than 10,000 supporters who cheered on the Vermont senator, the emotions ranged from incredulity to anger.

"When the mainstream media calls the polls, calls the election, because they're already planning to do it to suppress the vote in California, we will fight on," said Nina Turner, a former Ohio state senator and one of Sanders' top surrogates.

Morgan Reed, a rafting guide from Mendicino, California, attended the rally and said it was unseemly for the media to call the race for Clinton so close to the start of voting in California, warning that it amounted to "disenfranchising the vote."

"It's ridiculous. California is the biggest state in the nation," she said.

Patrick Bryant of San Francisco, who also attended the Sanders' rally, said the decision was disappointing: "It's what bookies do. They call fights before they're over."

On Tuesday, the frustration was evident on social media, as angry Sanders' supporters accused AP and the television networks of stifling voter turnout and relying upon superdelegates who won't formally cast their vote until the party's Philadelphia convention in July.

Sanders spokesman Michael Briggs said the campaign's job is to convince the superdelegates that the Vermont senator is "by far the strongest candidate against Donald Trump." He said calling the Democratic contest before superdelegates formally vote at the convention was a "rush to judgment."

In the AP's survey, which began in late 2015, no superdelegate has flipped support from Clinton to Sanders. None has suggested that could happen.