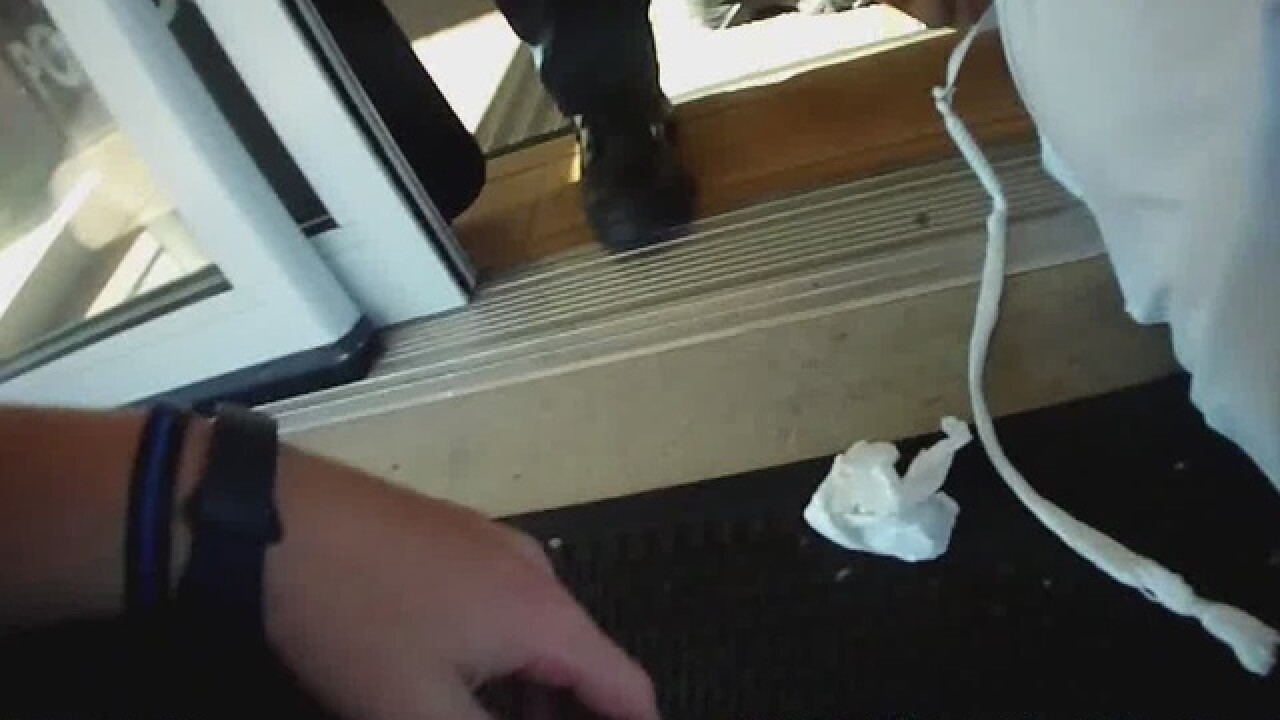 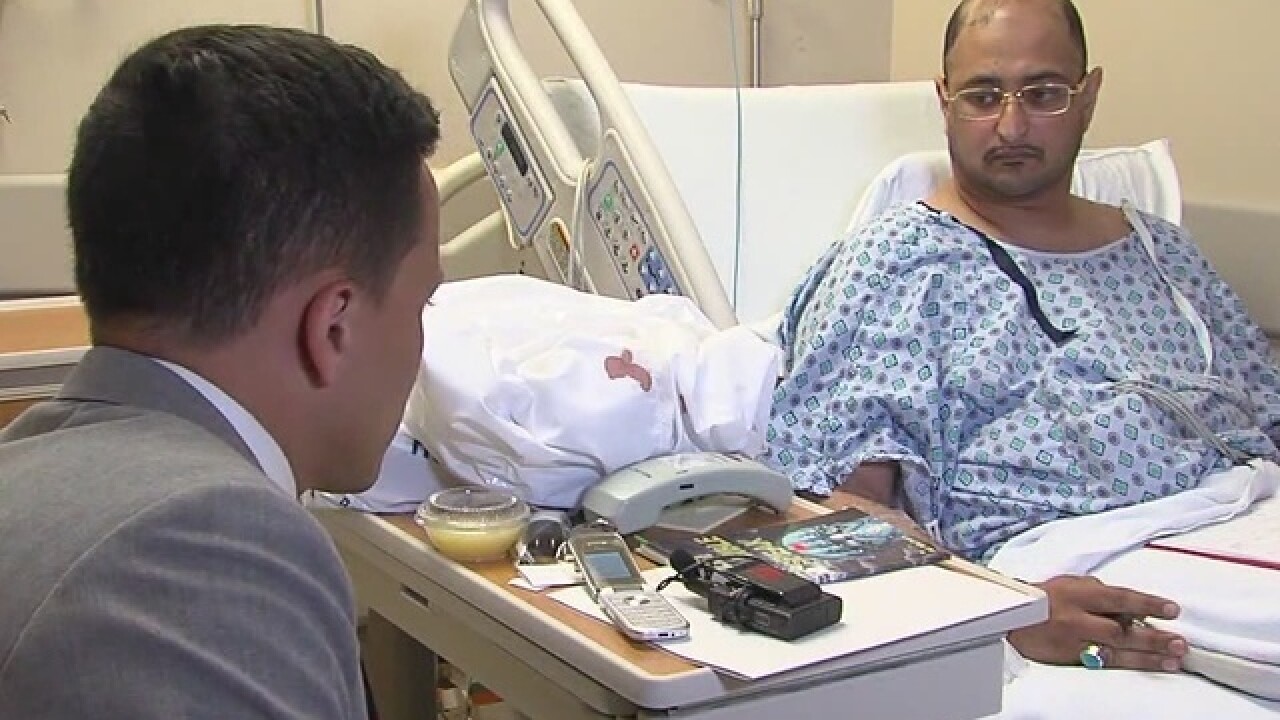 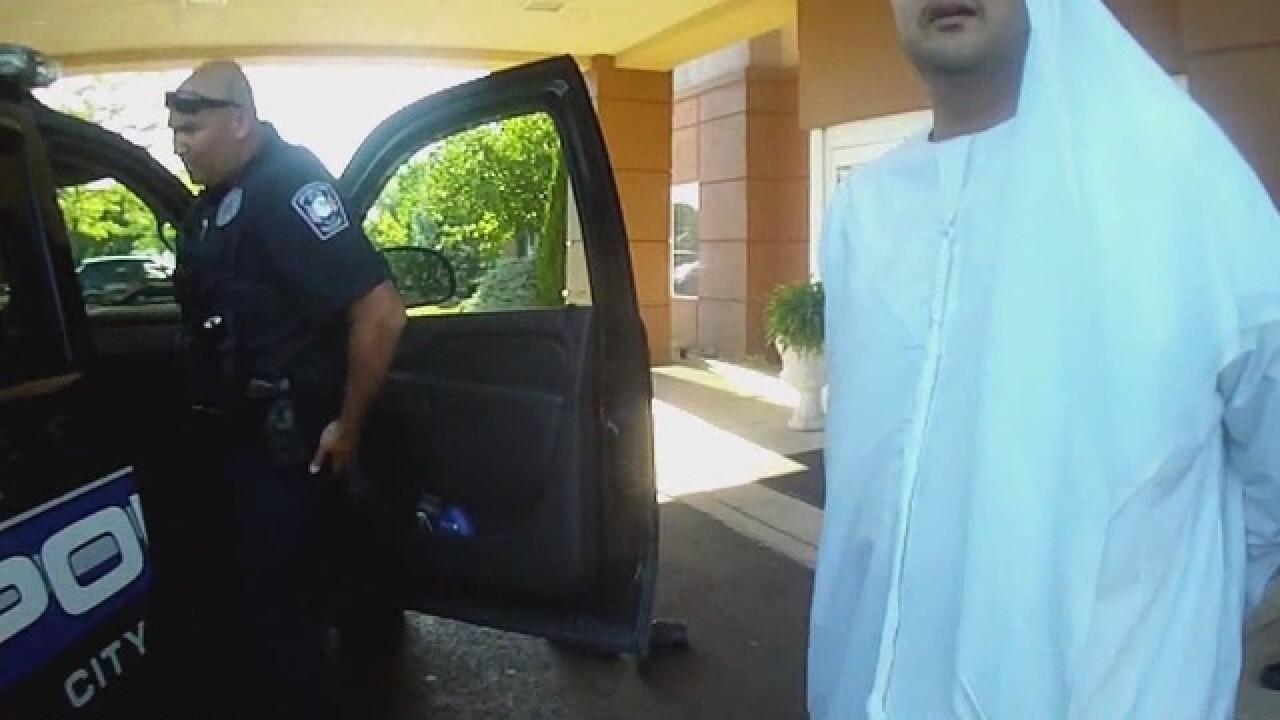 A 911 call alleging that a hotel patron pledged his allegiance to ISIS caused panic at an Avon hotel earlier this week.

On Wednesday just before 6 p.m., the Avon Police Department in Avon, Ohio received a 911 call from the sister of a woman working as a clerk at the hotel.

Avon is a suburb located 20 miles west of Cleveland.

The caller said her sister told her there was a man in the hotel lobby "in full head dress with multiple disposable phones pledging his allegiance to ISIS."

According to police, she repeated that there was a "suspicious mal at the front desk with disposable phones, two of them, in a full head dress."

While on the phone with the sister, police received a second call from the clerk's father also requesting that officers be sent to the hotel.

Officers arrived minutes later to find an Arabic-speaking man standing outside the front doors of the hotel. He was dressed in a 'thobe' and had a cell phone in his hand.

Officers, with guns drawn, ordered the man to get on the ground and drop the phone. At first he didn't respond but police say he eventually complied and laid down.

Officers placed the man in handcuffs and conducted a search. No weapons were found on his body.

Police spoke to the clerk and found out that the man did not, in fact, make any statements related to ISIS. Officers said at that time it was clear there was a miscommunication.

Officers took the handcuffs off the man and tried to explain the situation. At that time, he collapsed on the ground for unknown reasons.

An ambulance that was already at the scene transported the man to St. John Medical Center where he is now in stable condition.

newsnet5.com reached out to the Council on American-Islamic Relations, who said they are calling for an internal affairs investigation.

“Once a report comes in, police have to act, but they have to act in an appropriate manner, not based on someone’s anti-Muslim bigotry,” said Ibrahim Hooper, the organization's national spokesperson.