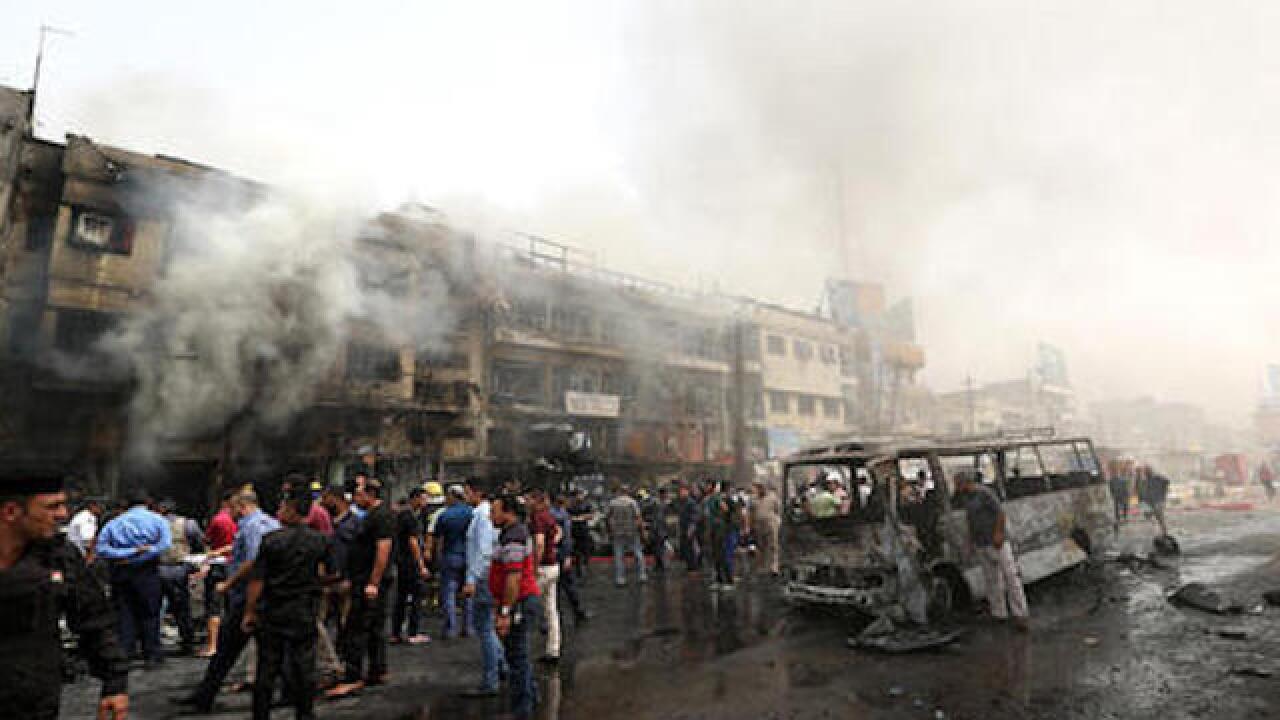 Copyright Associated Press
Hadi Mizban
<p>Iraqi security forces and civilians gather at the scene of a deadly suicide car bomb attack in the New Baghdad neighborhood of Baghdad, Iraq, Thursday, June 9, 2016. Two separate suicide attacks in and outside the Iraqi capital have killed at least 27 people and wounded dozens. Officials say the deadliest bombing took place in New Baghdad, a commercial area of a majority Shiite neighborhood in Baghdad, killing over a dozen civilians. Another suicide bomber rammed his explosives-laden car into an Iraqi army checkpoint north of Baghdad, killing at least 12 people. (AP Photo/Hadi Mizban)</p>

BRUSSELS (AP) — Defense Secretary Ash Carter said Monday that at least one U.S. Apache helicopter has been used for the first time in combat in Iraq.

He says an Apache was used to strike an Islamic State target in the last 24 hours or so. The strike was part of the ongoing effort to encircle and eventually retake the northern city of Mosul, which is under Islamic State control.

Carter was speaking to reporters traveling with him to Brussels for a meeting of NATO defense ministers.

A U.S. defense official said that more than one Apache flew but only one of them fired and struck a vehicle early Monday morning.

The U.S. has had Apache helicopters in Iraq for some time. While in Iraq in April, Carter announced the U.S. was offering to use them in combat but any final decision on when would be up to the Iraqis.