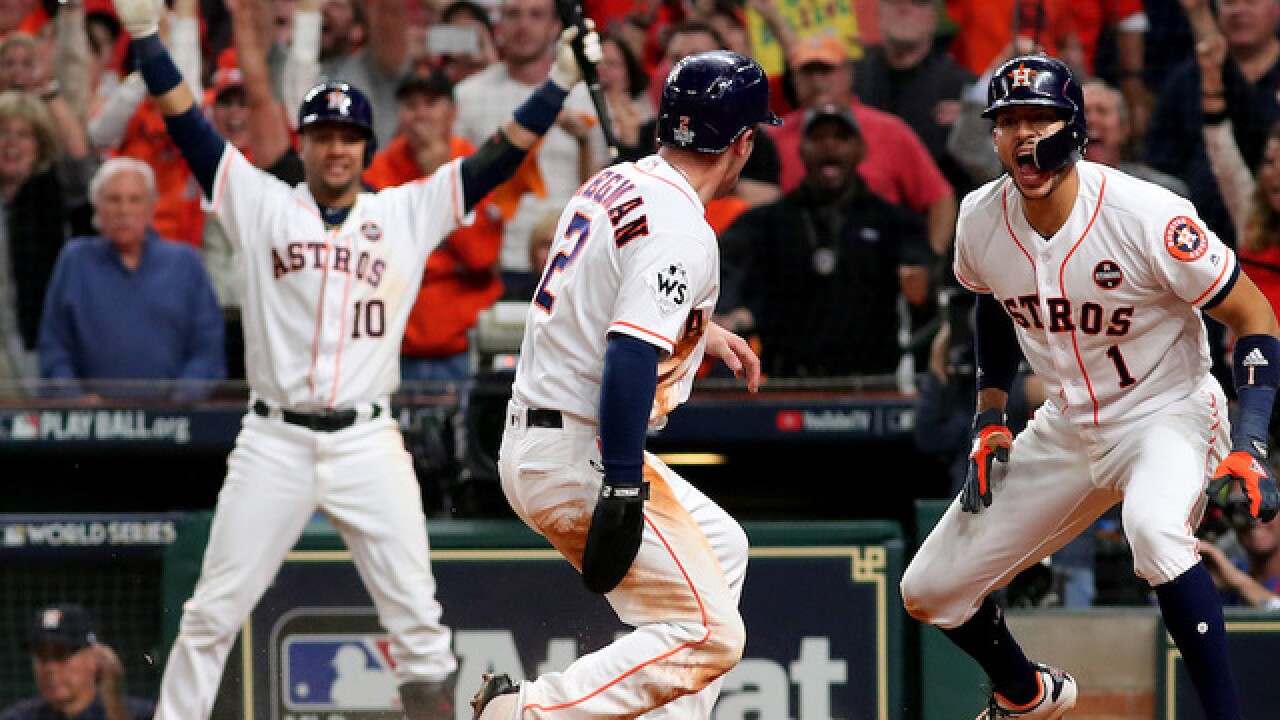 Copyright Getty Images
Jamie Squire
<p>HOUSTON, TX - OCTOBER 29: Alex Bregman #2 of the Houston Astros celebrates after scoring on a double by Jose Altuve #27 (not pictured) during the seventh inning against the Los Angeles Dodgers in game five of the 2017 World Series at Minute Maid Park on October 29, 2017 in Houston, Texas. (Photo by Jamie Squire/Getty Images)</p>

The Houston Astros won a wild Game 5 of the World Series 13-12 to take a three-games-to two-lead in the best-of-seven series against the Los Angeles Dodgers. The win, which came in the 10th inning, puts the Astros just one victory away from the franchise's first-ever World Series Championship.

The 2017 World Series remained a virtual home run derby, with the two teams combining for seven more homers in Game 5. The Astros and Dodgers have now hit 22 home runs in the series, breaking the record set in 2002 for most long balls ever in a World Series.

Former US Presidents George H.W. Bush and son George W. Bush were in attendance to throw out the ceremonial first pitch at Minute Maid Park in Houston.

Historically, when a World Series has been tied after 4 games, the winner of Game 5 has gone on to win the championship 67% of the time. The World Series resumes with Game 6 Tuesday at Dodger Stadium in Los Angeles.