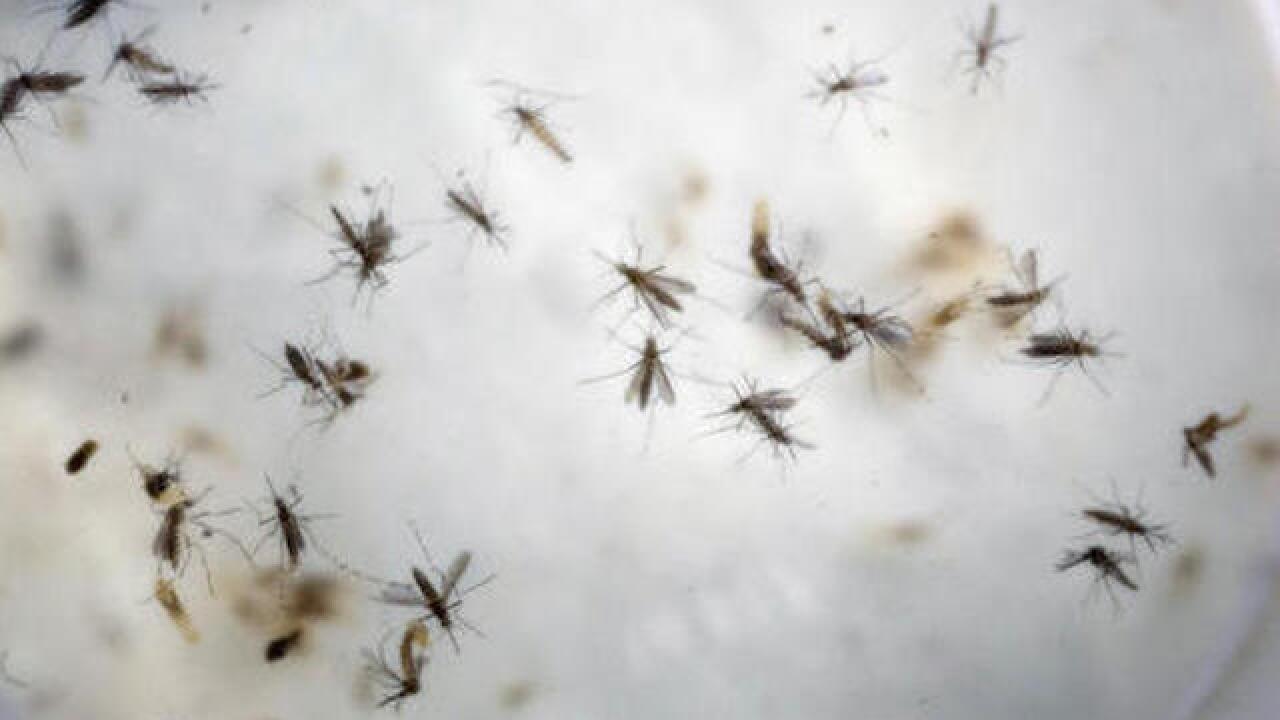 Copyright Associated Press
Ricardo Mazalan
<p>In this Feb. 11, 2016 file photo of aedes aegypti mosquitoes are seen in a mosquito cage at a laboratory in Cucuta, Colombia. The White House and Democrats are pressuring congressional Republicans to act on President Barack Obamaís demands for money to combat the Zika virus, but even the onset of mosquito season sure to spread the virus has failed to create a sense of urgency. (AP Photo/Ricardo Mazalan)</p>

WASHINGTON (AP) — Congress is ready to act on President Barack Obama's long-stalled request for emergency funds to combat the Zika virus, which has been linked to serious birth defects and other major health problems.

Obama requested $1.9 billion three months ago for several purposes, including creating a vaccine for the disease, taking steps to control the mosquitoes that spread Zika and helping other countries battle the virus. House Republicans Monday released legislation to provide $622 million; the Senate is likely to endorse a $1.1 billion measure on Tuesday.

Here are things to know about Zika and the government's efforts to battle it:

THE DANGERS OF ZIKA

For adults, the Zika virus can cause relatively mild symptoms such as fever, rash and joint pain. But during pregnancy, Zika can cause a serious birth defect called microcephaly and other severe fetal brain defects, as well as eye problems, hearing deficits, and impaired growth. Zika is commonly spread by mosquitoes and can also be contracted through sexual contact.

The Centers for Disease Control and Prevention recommends that pregnant women not travel to areas with Zika and that if they live in a Zika area to strictly follow steps to prevent mosquito bites and to prevent sexual transmission.

Zika is likely to spread more widely during the summer mosquito season, but officials say outbreaks in the U.S. are likely to be limited. The South is likely to have the most cases since the mosquitoes that can transmit Zika are more prevalent there.

To date, there have been more than 500 cases of Zika in the continental U.S., all of which so far have been associated with overseas travel.

Last week, the first Zika-related microcephaly case acquired on U.S. soil was reported in Puerto Rico, a U.S. territory. The island's health secretary said a fetus turned over by an unidentified Puerto Rican woman to U.S. health officials had severe microcephaly and tested positive for Zika.

WHAT IS THE GOVERNMENT DOING TO FIGHT ZIKA?

There is currently no vaccine or medical treatment for Zika. The government is working to develop a vaccine and better tests for Zika and is delivering funding to state and local governments to control the mosquitoes that spread it.

Under pressure from Republicans controlling Congress, the Obama administration has transferred almost $600 million in previously appropriated funding to anti-Zika efforts such as research on the virus and Zika-related birth defects, response teams to limit Zika's spread, and helping other countries fight the virus. Most of the money used so far has come from unspent funds from the $5 billion provided in 2014 to battle Ebola.

The administration says more money is needed for mosquito control, purchasing diagnostic tests and developing and manufacturing a vaccine.

THE BATTLE BEFORE CONGRESS

Obama made his $1.9 billion request almost three months ago. Republicans say he has padded the request, for instance with a $246 million request for Medicaid funding for Puerto Rico. Democrats complain of GOP foot-dragging.

Republicans have slated action for this week, starting Tuesday. Senate Majority Leader Mitch McConnell, R-Ky., has scripted three votes, with Obama's request and a GOP alternative likely to fall short of the 60 votes required to turn back a filibuster. A $1.1 billion bipartisan alternative, however, is expected to advance despite grumbling by Democrats who think it's not enough and conservative Republicans who believe it should be offset with spending cuts elsewhere in the budget. The Zika funds would be attached to a separate spending bill for the departments of Transportation, Veterans Affairs, and Housing and Urban Development that McConnell hopes can be finalized for Obama's signature before Congress goes on vacation in mid-July.

The House, meanwhile, promises action later this week on a $622 million stand-alone Zika measure that would be offset by cutting other spending, including leftover Ebola funding. The outlines of a final compromise are unclear.