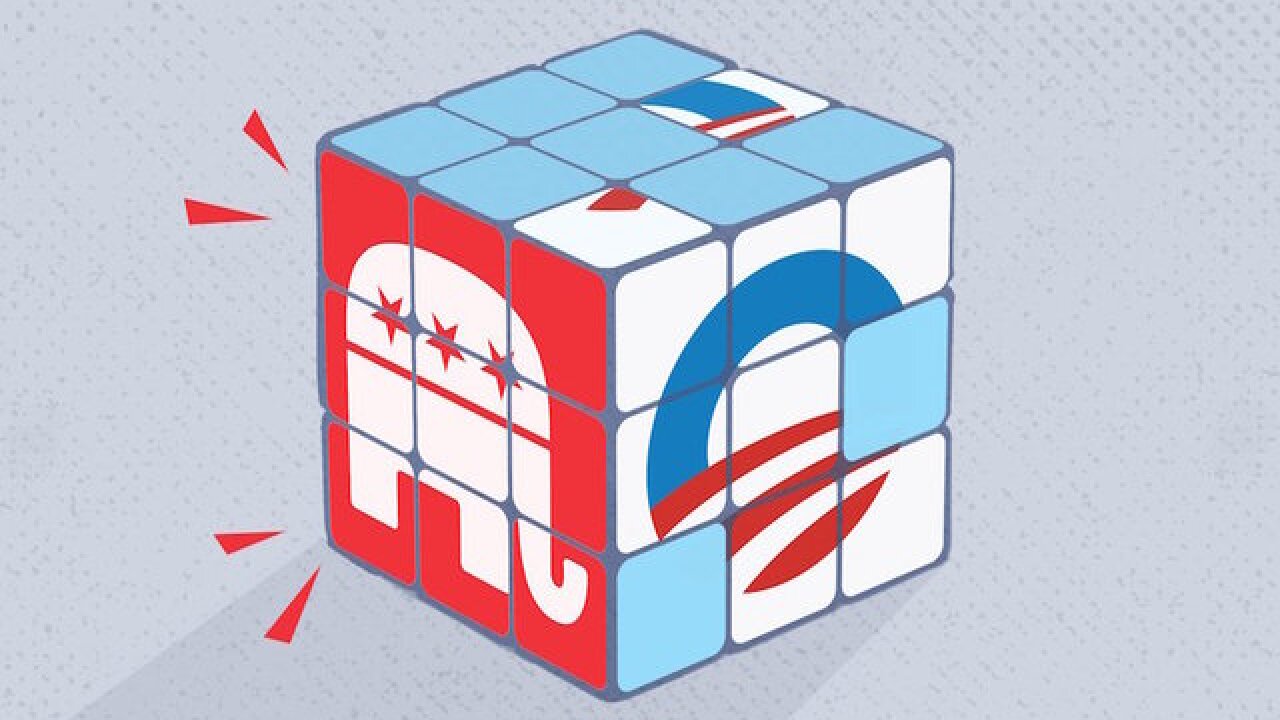 © 2017 Cable News Network, Inc.
Katie Schirmann/Shutterstock/CNN
<p>It wasn't long after the House finally passed its bill to repeal and replace Obamacare that senators were already vowing to do it their way. But in the week since, Senate Republicans are quickly coming up against some of the same obstacles that dogged House Republicans -- and dealing with new problems of their own creation.</p>

(CNN) -- As the July 4th congressional recess winds down, activists from a coalition of progressive and leftist political groups are ramping up protests against the Senate health care bill.

The controversial plan, universally opposed by Democrats and now struggling to secure support from within the GOP, would effectively repeal Obamacare and dramatically restructure federal funding for Medicaid. Ten Senate Republicans, some worried about blowback from potential cuts to popular programs and others arguing the bill doesn't go far enough, have said they will not back the legislation in its current form.

Despite growing signs of pessimism on the right, activists spent the extended holiday weekend urging the grassroots to stay engaged, concerned that any lull would provide an opening for Republican leadership to claw back crucial votes. House Speaker Paul Ryan pronounced his chamber's version of the bill dead in late March, setting off premature celebrations in Democratic circles, only to revive and pass it weeks later.

On Thursday, protesters plan to stage a round of coordinated sit-ins at the offices of Republican senators in 21 states. Our Revolution, the political organization spun out of Sen. Bernie Sanders' 2016 Democratic primary campaign, has been promoting the protests in emails to supporters and on its website, where it provides a list of times and locations. Democracy Spring, CREDO, #AllofUs, Democratic Socialists of America, Progressive Democrats of America, and the Working Families Party are among the other groups helping organize the demonstrations.

"We do not see this as political theater," Our Revolution's new president, former Ohio state Sen. Nina Turner, said in an email late Wednesday, "we will continue to sit, stand and fight on until adequate healthcare is available to all."

Sanders, who campaigned against the bill in Pennsylvania, Ohio and West Virginia in late June, warned that its passage would endanger the lives of thousands, calling the measure "a moral outrage that this nation will never live down."

The sit-ins are intended to be staggered throughout the day, with early protests at Wisconsin Sen. Ron Johnson's office in Oshkosh and Majority Leader Mitch McConnell's office in Lexington, Kentucky. Pennsylvania Sen. Pat Toomey will have visitors in Philadelphia. In Ohio, where Republican Gov. John Kasich has been openly critical of the bill, Sen. Rob Portman's Cincinnati office is expected to attract a significant crowd, according to organizers.

Organizers expect "hundreds" of protesters will risk arrest at the events, as they compete for national attention with President Donald Trump, who is in Europe and will be meeting with Russian president Vladimir Putin on Friday.

"We can't let the Twitter scandal of the day distract us: lives are on the line," Kai Newkirk, director of Democracy Spring, said late Wednesday. "People in red and purple states across the country are sitting in, willing to go to jail, to show just how wrong this bill is and how crucial it is that we escalate the fight to defeat it."