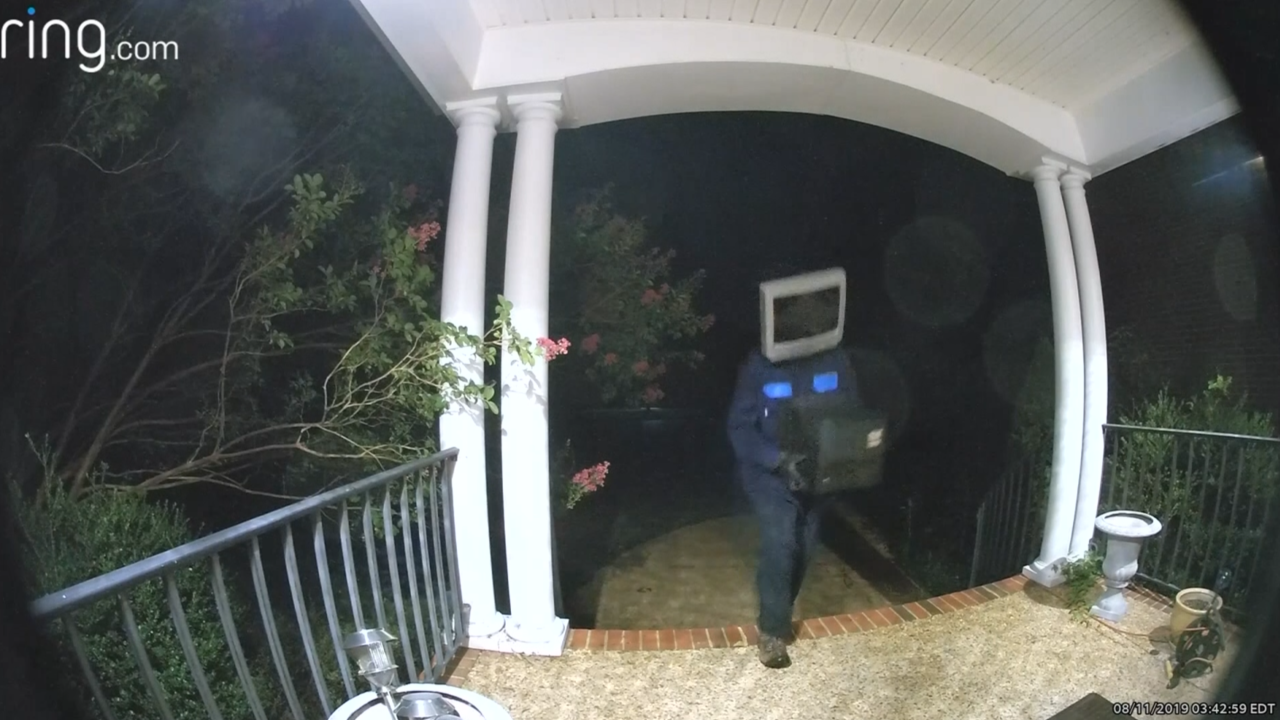 HENRICO, Va. — Homeowners in Henrcio, Virginia, woke up Sunday with a strange gift on their front doorsteps.

According to local media reports, dozens of people in suburban Richmond found older-model televisions sets on their doorsteps — and security footage shows a person wearing one of those TVs on their head leaving them behind.

WWBT-TV reports that at least 60 people woke up to find tube televisions on their porch Sunday. Several residents shared Ring doorbell footage that shows a person wearing a TV or TV-shaped mask on their head.

Police collected the TVs on Sunday and discarded them. While some residents found the suspected prank "strange," some found some humor in it.

"To me, it's kind of funny," Michael Kroll told WWBT.

Police say while the incident is strange, the only real crime that was committed was illegal dumping.