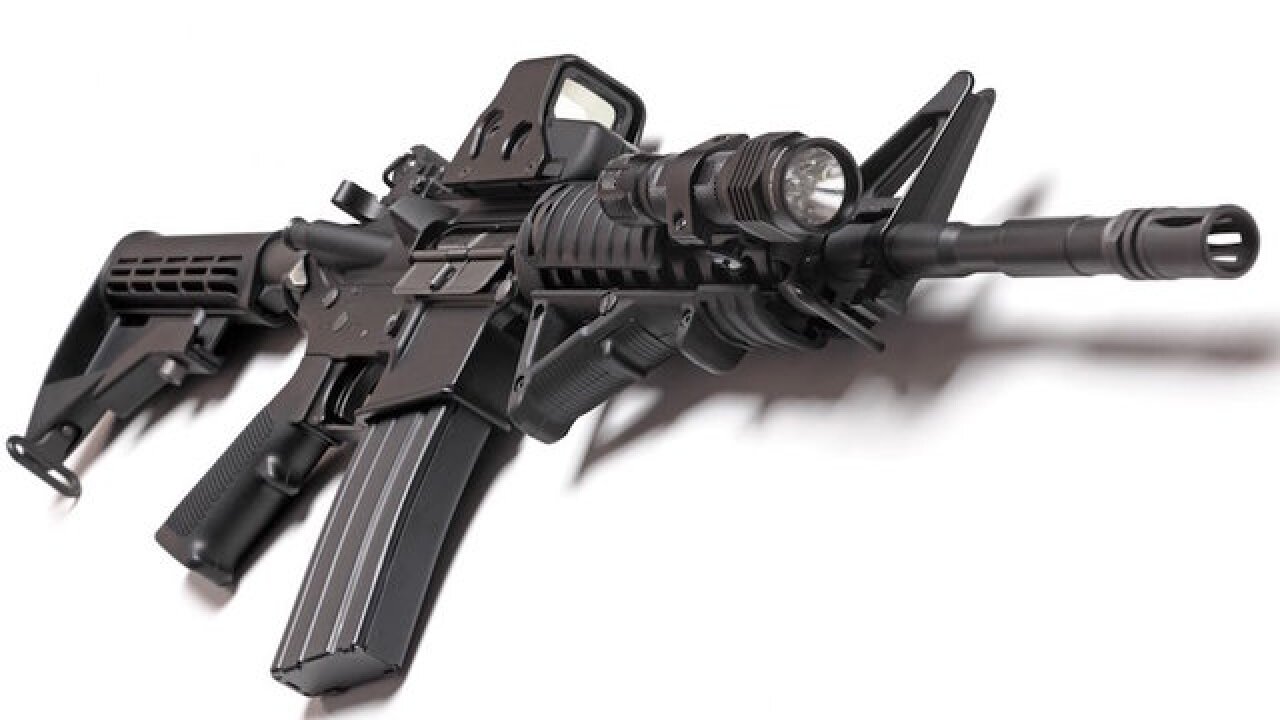 Copyright Getty Images
Shutterstock
<p>Police in Bismarck, North Dakota, want to put AR-15 rifles in some schools so school resource officers can respond more quickly in the event of an active shooter.</p>

Police in Bismarck, North Dakota, want to put AR-15 rifles in some schools so school resource officers can respond more quickly in the event of an active shooter.

The money will also be used to buy a safe at each school to keep the equipment away from students, teachers and staff.

"The SROs (school resource officers) will be the only ones who have access to this equipment," he said.

The cost would be split with the school system.

"Hopefully we never find ourselves in a situation of an active shooter. But if we do, we really want to make sure that our SRO's are equipped with the tools that they need to do their job effectively,"  Bismarck Public Schools safety coordinator Becky LaBella told CNN affiliate KFYR .

Draovitch said Bismarck school resource officers are police officers and are trained to respond immediately to stop an active shooting.

"Whatever they have to do to stop that threat, that's what we expect our officers to do," Draovitch said.

They keep AR-15s and the other emergency equipment in their vehicles, but that's not as useful if there's an active shooting situation inside the building.

"If something happens they're not going to have time to go running out to their cars," Draovitch said. "All we're trying to do is make it more accessible so they can get to it more quickly."

AR-15s are lightweight, rapid-fire rifles.  Besides being used by law enforcement,  the guns have been used in some of the most notorious and deadly mass killings in recent history.

Draovitch says having the bleeding control kit -- which has tourniquets, gauze and other supplies for treating gunshot wounds -- could be the most important part of the plan.

"If, God forbid, something does happen, getting aid quickly is going to be key," he said.

He said city officials began discussing the plan after the February 14 shooting at Marjory Stoneman Douglas High School in Parkland, Florida,  that killed 17 students and faculty .

The city will vote on the budget next month and Draovitch expects it will pass. If the money is approved, they will get the equipment in January.

"We're just trying to plan for the worst and we're always hoping that we never have to use this stuff," Draovitch said.