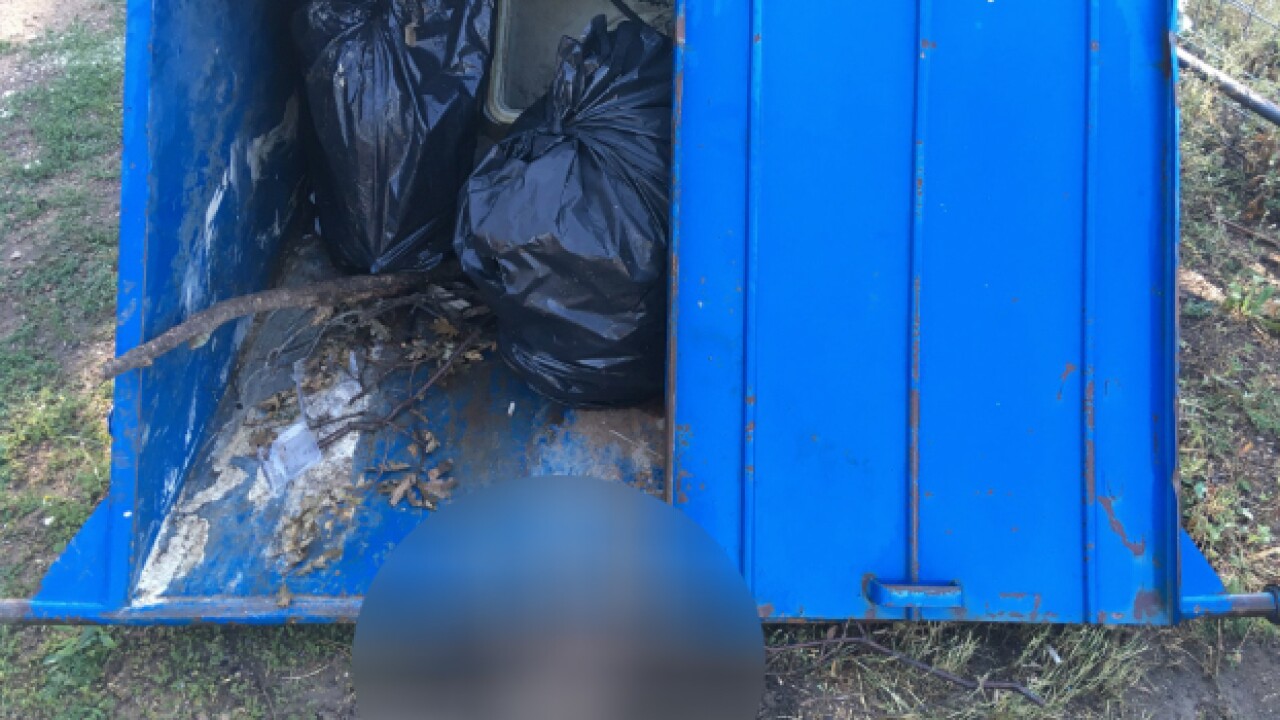 JEFFERSON COUNTY, Colo. — A 30-pound bear cub was crushed and killed after an unlocked dumpster tipped over in Jefferson County, Colorado.

On Monday morning, Colorado Parks and Wildlife said a male black bear cub was found dead with a dumpster on top of it at a residence in Indian Hills. They tweeted pictures of the scene.

Jason Clay with CPW said the dumpster was oddly shaped and on uneven ground. The incident was reported to Colorado State Patrol around 7 a.m. Monday, Clay said.

Unsecured human trash is easy food for a hungry bear, CPW said. Bears can become used to relying on this as a constant food course, which creates human-bear conflicts.

While this specific situation is unusual, it shows one of the many ways these conflicts can become deadly, CPW said. Dumpsters and other trash receptacles should always be secured so a bear cannot get inside.

Not only is human trash a major attractant that leads to the habituation of bears & increases human-bear conflicts, it is also deadly to our bears in many ways.

This morning in Jefferson County a male 30-pound cub was killed after a dumpster tipped over on it. pic.twitter.com/CssGJrLYLh

This story was originally published by Stephanie Butzer on KMGH.